Zim piling up gold, diamonds to back new currency: VP 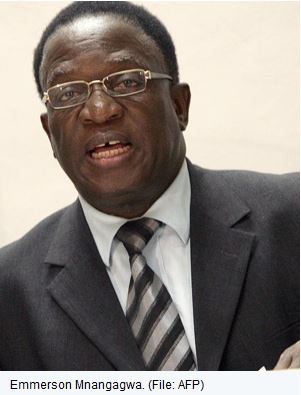 Zim piling up gold, diamonds to back new currency: VP

Harare – Vice President Emmerson Mnangagwa says the cash-strapped Zimbabwe government is piling up reserves of gold and diamonds to back a new local currency.

But he did not say when the new currency would be introduced.

In November 2016 the central bank introduced “bond notes”, bank notes which are tradeable only in Zimbabwe and have no value outside its borders.

But the bond notes, like the forex Zimbabwe has depended on since the worthless Zimbabwe dollar was abandoned in 2009, are in critically short supply.

“We are building up reserves of gold and diamonds which if they reach a certain level… will then allow us to introduce our own currency that will be backed by those minerals,” Mnangagwa said.

“I am not at liberty to disclose to you the level that we want those minerals to reach before they can back our own currency,” he said, in comments carried Friday by the state-run Herald.

The revelation comes amid reports the government had extended its quest for precious minerals into previously protected areas, including national parks.

Mnangagwa was addressing a meeting in the south-eastern cane-growing town of Chiredzi, where he was questioned on the currency shortages, said the Herald.

Mnangagwa said the only the forex the country was getting was from exports, NGOs, loans, or foreign investment.

The Zimbabwe government recently bought equipment from Belarus to excavate conglomerate diamonds in Chiadzwa, in the east of the country, and says it will lift protection status on a million acres of land to boost gold mining by artisanal miners.

The news has alarmed environmentalists as even national parks could be targeted. The Chimanimani Tourist Association said on Facebook it had been told by the environment minister that the stunningly beautiful Chimanimani National Park in the east of the country would not be spared. It said it was working with Tourism Minister Walter Mzembi and local chiefs to keep the mountains protected.