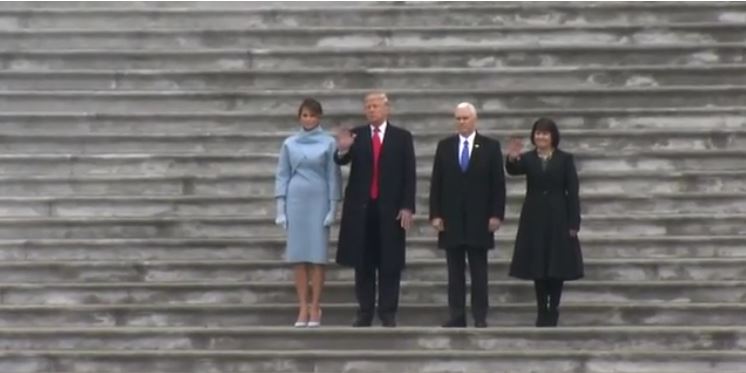 As promised, President Donald Trump did not extend the posts of any US foreign ambassadors past Inauguration Day.

Shortly after Trump was sworn in as the 45th President of the United States, all foreign ambassadors were fired and with no one to take their place.

His transition team announced on December 23, 2016 that there would be “no exceptions” for ambassadors who requested having their postings extended beyond Inauguration Day.  All ambassadors appointed by Barack Hussein Obama Soetoro Sobarkah were to leave their offices by midday on Friday.

The New York Times was the first to report on the story back in December and called the move “unprecedented.”  However, it was far from unprecedented.

While it is standard for politically appointed ambassadors to step aside at the end of a presidential term, an individual with knowledge of the foreign service told FoxNews.com that Trump’s “unwillingness to consider individual cases or exigencies” appears to represent a break with protocol — though the Obama administration appears to have done something similar.

“[The directive] in itself is not that significant. But it is more unyielding than in the past,” he said.

The New York Times first reported that a State Department cable was sent to all ambassadors on Dec. 23 informing them they have to vacate their posts by Jan. 20 “without exceptions.”

Ronald E. Neumann, the president of the American Academy of Diplomacy, told the Times that he could not “recollect there was ever a guillotine in January where it was just, ‘Everybody out of the pool immediately.’”

However, Obama’s transition team sent out similar guidance — eight years ago — telling ambassadors appointed by President George W. Bush they had to leave their posts by Inauguration Day.

Breitbart reported why Trump may have chosen to not lend an ear of extension to any Obama- nominated ambassadors.

The people asked to vacate their posts by the Trump Administration are big Obama donors and political allies. In fact, career diplomats complained about how crass and obvious the “selling of public office” had become by Obama’s second term, as one former ambassador put it to the UK Guardian in 2013.

The Guardian ran the numbers and found the average amount of political cash raised by recent or imminent appointees “soaring to $1.8 million per post.” Some of them were far above that average, such as Obama’s choice for representative to the Court of St. James’s, Matthew Barzun, who personally donated $2.3 million to Obama’s re-election campaign and helped raise $700 million more. That wasn’t public knowledge, by the way; it was revealed when someone leaked Democrat Party records to the media.

Those notorious Democratic National Committee documents released by WikiLeaks had even more information on these politically appointed diplomats. “Essentially, Obama was auctioning off foreign ambassador positions and other office positions while Hillary Clinton served as Secretary of State,” charged the Observer last September.

The Center for Public Integrity counted 31 Obama campaign “bundlers” — good for at least $500,000 in donations — named as ambassadors, mostly to Western Europe and other “highly developed and stable countries such as Canada and New Zealand.”

“Another 39 of Obama’s second-term ambassador nominees are political appointees who either gave his campaign money or are known political allies. They, too, largely enjoyed postings to wealthy and peaceful nations — Ireland, Denmark and Australia, for example — or high-profile countries such as China and India,” the Center added.

The Center expected the incoming Trump administration to do much the same thing, as both Republican and Democrat presidents have for generations, but noted Trump would “find it difficult to match President Barack Obama’s legacy of sending top political patrons to the world’s poshest capital cities.”

That’s something to keep in mind when establishment media outlets try to manufacture a tale of diplomatic crisis, painting Trump as a bull galloping through the ambassadorial china shop. As a British diplomat sighed to the Guardian back in 2013, “All that really matters is that the ambassador is close to the White House — and his top fundraiser usually is.”

Of course, any nominees Trump has selected must be confirmed by the Senate.

Among other selections that will be important are Russia, Mexico and Japan and NATO, which may see a 73% cut under a Trump administration.

There’s nothing wrong with a president wanting to put together his own team of individuals he thinks will do the job he has in mind.  This isn’t unprecedented.  It’s just part of starting over in a new administration.