You Are Seeing The Light Shining Through 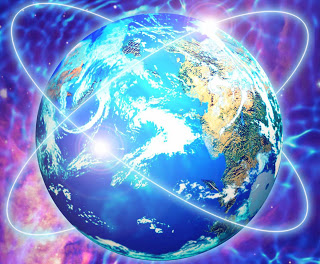 The days have become more and more intense in so many ways, as you see the light shining through not only yourself, but also those around you. In addition, the nighttime will also bring much information. And although much of this information is in many ways still hidden from you, it is already having quite a profound effect on you all.

Let us explain. As always, whenever we refer to information, it is not necessarily in the manner that you refer to information. In other words, it may not be such that is given in words or clear pictures and that leaves you feeling wiser and more ”on” to what is going on. Not because you are in any way lacking of abilities to comprehend what all of this information is about, but because this is a form of communication that talks to all levels of your being. And as such, at least for now, you are not able to consciously connect with all of these levels of communication. And so, you will in many ways feel as if you are still left out in the dark as it were, and that you have no, or a only a small fraction, of clarity into what is truly being exchanged here. Again, that is only because you have not been able to access these deep seated channels of information that is fairly teeming with activity, and now, that activity has been amped up even further. So many of you may have noticed this already, either in the form of thoughts or ideas that seemingly surfaces at the most unexpected times and in the most unexpected of circumstances, or by the fact that your brain seems almost incapable of focusing on any thing at any given moment.

And the explanation for both of these ocurrences are one and the same. For now, the amount of information that is pouring into each and every one of you has increased to a veritable avalanche, and so, some of it will indeed be made public as it were by your increased ability to pick up on these signals that are being beamed into you. While on the other hand, the easiest of tasks seem impossible to even contemplate because you feel as if deeply fatigued in the very center of your every day being.

In other words, mundane tasks may seem to be insurmountable at times, while you during this same period of mental fog may get sudden and profound insights that will make you literally sit up in your chair, or perhaps we should say bed, for many of these instances occur during the nighttime. And we are also aware that another not so fortunate outcome for many of you will also be the seeming inability to get a good night’s sleep. You will toss and turn, but no matter how hard you try, it is as if the lights within your head simply refuse to dim down. This inability to detach and turn off everything that is going on within may leave you feel more than a little bit exhausted, because there seems to be an almost ceaseless activity going on in your head. It is as if you can literally feel the humming and buzzing, like a beehive within your brain. And indeed, that can in many ways be a perfect picture of it all, because all of your neural passages have been turned into a veritable beehive of activity, with signals going to and from new passages and connections being put together at the speed of light. And this in turn, is accompanied by some other, and at times rather confusing signals too, in the form of sound or even vibrations that will make it even harder to fall asleep.

And so, you are all super charged in that part of your being that is the control center, and so, much of the rest of the body will feel the oucome in all sorts of ways as this frenzy of activity starts to interfere with other, more mundane processes that is part of your daily rutines. But we do hasten to add that although irksome, they are in no way harmful, merely annoying. And the upside is so beneficial, we think you will all have it in you to find a way to accept these small and large quirks and quakes that accompany all of these injections of information. For what you gain from all of this frenzy of activity far, far outweighs any irritations it will leave in its wake. And so we say just stay the course, and know that what you are taking part in now, is such a monumental shift for all of humanity, and it is all happening within each and every one of you. It cannot be likened to anything that has happend before, as this upgrading and information is on a level that no physical being has ever been subjected to before. That in itself can be enough to set off the alarm bells in many a timid soul, but again we do assure you all that the levels of supervision and careful adjustments are so presise, there is no harm that will befall any of you. For you are here to do a task that will change the outcome for this whole planet. You are each and every one of you a vital part of this monumental operation, and so we would not risk this by doing something that may set you back even a fraction.

So again we say keep breathing and stay centered, and even if your mind and indeed your physical body may seem to fluctuate wildly at times so that you may feel on top of the world for one moment and then down in the basement the next, you are being lifted higher and higher every second of the day. And know also that even if you become more than frustrated by the seeming lack of access to any or all of the information that you are actually being a party to even as we speak, it will come to you in every glorious detail, when the time is right. And yes, we do know that this will elicit more than one frustrated groan, for we do know your eagernss to literally plunge into the thick of it. But again, timing is everything here, and this information is literally useless unless it is being used in the right context and within a timeframe that will ensure its feasability.

So know that all is well, and even if you feel more like horses still caged up behind the starting gates at times, know that this race to the finishing line is already taking place, yes, at the speed of light. We will leave it at that for the moment and invite you all to try to tune into some of that information stream you already have within. For not all of it is closed to view, and the tidbits you can come across there will certainly help to assuage your voracious appetite, at least for a little while.

8 Comments to “ You Are Seeing The Light Shining Through”