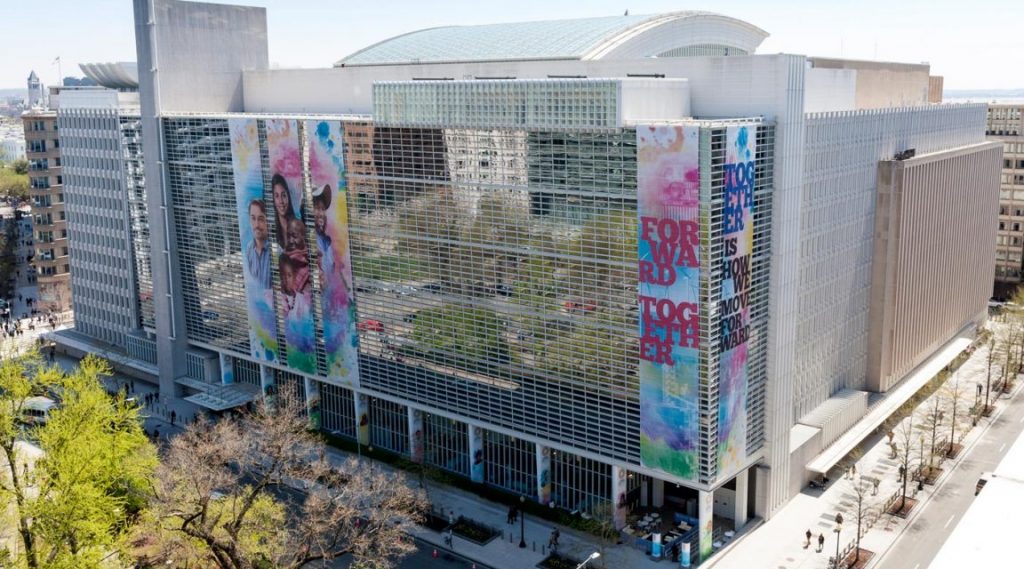 BZ:I sent this to HATJ, and this was her reply…

funny donchya think?…since, UNITED STATES is the largest shareholder of the WORLD BANK (a UNITED NATION’s special agency…as is the IMF…so the “it doesn’t effect UNITED NATIONS” bit is funny too)…lol 🙂

The Supreme Court of the United States has rejected World Bank claims of complete legal immunity, ruling that one of its arms can be sued in relation to lending activities.

The 7-1 ruling could also open other American-based international organizations to the threat of lawsuits over financing overseas development.

For the World Bank, it means that it now faces having to defend against a suit by members of a fishing community in Mundra, India, who contend that their homes and livelihoods were damaged by pollution from a coal power plant that was financed by the bank’s private sector lending arm, the Washington, D.C.-based International Finance Corporation.

Bharat Patel, general secretary of the Association for the Struggle of Fisherworkers’ Rights, one of the plaintiffs, welcomed the historic ruling, saying:  “This is a huge victory for the people of Mundra [and a] major step towards holding the World Bank accountable for the negative impacts their investments are causing.”

ICIJ covered the plight of the fishing community and the bank’s refusal to recognize its claims as part of its 2015 Evicted and Abandoned investigation.  The project found that about 3.4 million people were physically or economically displaced by World Bank-funded development projects between 2004 and 2013, and that the bank often failed to follow its own rules for properly resettling these communities.

The legal case surrounded a 1945 law which granted international organizations “the same immunity from suit” as foreign governments.

The court had to decide how that law was impacted by a second one from 1976 excluding commercial activities by foreign governments from this immunity.

The Feb. 27 ruling does not reportedly affect either the United Nations or the International Monetary Fund, as they have complete immunity under their charters.

The World Bank argued that the exclusion on the immunity of commercial activities did not apply to it. If it could be for sued for its development loans, the bank maintained, it would become a target for lawsuits around the world that would cripple its ability to perform its core mission of fighting poverty and promoting development.

“Those concerns are inflated,” the Supreme Court held in its ruling.

Breyer warned that the majority ruling would “create uncertainty” for international organizations involved in finance.

Two lower courts had sided with the World Bank on the immunity question.

Lawyers for EarthRights International, which represents the plaintiffs, say that the World Bank must be accountable if its actions or its negligence harms local populations. The fishing community’s case against the bank will now be allowed to proceed in lower courts in the U.S.

“Immunity from all legal accountability does not further the development goals of international organizations,” said Marco Simon, the General Counsel for EarthRights. “It simply leads them to be careless, which is what happened here.”