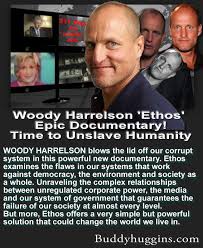 Woodrow Tracy “Woody” Harrelson (born July 23, 1961) is an American actor and activist. His breakout role came in the television sitcom Cheers as bartender Woody Boyd. Some notable film characters include basketball hustler Billy Hoyle in White Men Can’t Jump, a crippled bowler in Kingpin, serial killer Mickey Knox in Natural Born Killers, magazine publisher Larry Flynt in The People vs. Larry Flynt, country singer Dusty in A Prairie Home Companion, bounty hunter Carson Wells in No Country for Old Men, zombie killer Tallahassee in Zombieland, blind piano player/meat salesman Ezra Turner in Seven Pounds, conspiracy nut Charlie Frost in 2012, a delusional man who believes he is a superhero named Defendor in Defendor, Cpt. Tony Stone in The Messenger, Haymitch Abernathy in The Hunger Games, and Merritt McKinney in Now You See Me. For The People vs. Larry Flynt and The Messenger, Harrelson earned Academy Award nominations for Best Actor and Best Supporting Actor, respectively.[3] He is currently a co-star in the 2014 HBO crime drama True Detective, along with Matthew McConaughey.