By Carolanne Wright,  Contributing writer for Wake Up World, published on  February 1st, 2017 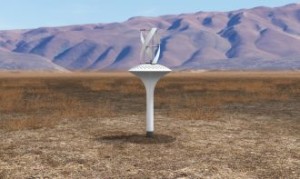 In the West, it’s easy to take our access to clean water for granted. With modern plumbing, fresh water is at our fingertips with the turn of the tap. But in many developing countries, pollution and waterborne diseases are an unfortunate reality. Around the world, 1.1 billion people do not have access to safe drinking water, and 2.6 billion suffer from inadequate sewage. Women spend hours of their day collecting water from distant and oftentimes polluted sources. Every minute a child dies of a water-related illness. More than 840,000 people die each year from diseases related to tainted water.

And this problem is not only a Third World issue. Even in industrialized countries, we don’t have to look much farther than Flint, Michigan to see the devastating effect poor water quality can have on the health and well-being of a community.

This is why a low-cost, wind-powered invention that harvests up to 10 gallons of clean water a day — from thin air — is causing such a stir.

“By 2025, 1.8 billion people will be living in countries or regions with absolute water scarcity, and two-thirds of the world’s population could be living under water stressed conditions.” ~ 11 Facts About Water in the Developing World

Throughout the U.S. we’re seeing increasing contamination of our water supply — from pharmaceutical waste and agricultural toxins to environmental pollutants and fracking wastewater. Some experts predict rises in drought and flooding, heightened waterway contamination, and increased population growth will further stress the planet’s drinking water supply — to the point where wars and civil unrest over this valuable resource will likely become widespread.

“Take Syria as an example. Between 2006 and 2010, the country was hit hard by drought, which wiped out rural livelihoods for many and caused significant internal displacement across the country. Internal displacement in turn helped stir up a pot that boiled over into all-out civil war in Syria, eventually spreading to Iraq. Over the last two years, ISIS has viewed water access and control as a primary strategic objective of their campaign, and has commandeered hydroelectric dams, irrigation canals, reservoirs, pipelines, and other water infrastructure to cement territorial gains.” [source]

Pakistan is another water-scarce country that is seeing an increase in conflict concerning the resource. The uprisings over Indian control of Kashmir have morphed to specifically target the regions most valuable resource — water.

When access becomes threatened — either through drought, contamination or restriction — social and political insecurity subsequently follow. Iran, Afghanistan, Egypt, Iraq, Libya, Nigeria and Somalia are a few of the top regions struggling with water scarcity issues. But global heavyweights like China, India and even the United States are also facing uncomfortable futures as both civil and industrial demand for water squeezes sources of supply.

In an unprecedented report by the U.S. Office of the Director of National Intelligence, it was stressed that many countries around the world “will risk instability and state failure, increase regional tensions, and distract them from working with the United States on important U.S. policy objectives” due to water scarcity. Triggers identified in the report ranged from “pressures on food and energy production to social and political disruption to water scarcity used by terrorists for leverage.” [source]

For these reasons and more, it’s crucial we address this looming crisis and find innovative solutions to the problem, sooner rather than later. One part of the answer could lie in an inexpensive, wind-driven device that pulls moisture from the air — and condenses it into purified water. 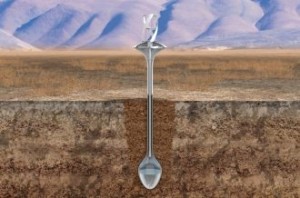 Developed by VICI-Labs, along with UC Berkeley and the National Peace Corps Association, the WaterSeer condenses pure water from the air without the need of power or chemicals. According to the company, “it is green, sustainable, simple, low-maintenance, easily deployed and scalable for any community.” It also yields up to 37 liters of distilled water a day. And a WaterSeer Orchard can provide enough clean water to satisfy the needs of an entire community.

VICI-Labs explains how it works:

The efficiency of the device improves in higher air temperature, so long as below-ground temperature remains stable. The unit will also continue to produce in colder climates if the reservoir and condensation chamber stay above freezing temperature. A cold weather kit is in the works for extremely cold and subarctic environments.

You can learn more below, and check out the WaterSeer crowdfunding page here.

What is WaterSeer™, and How Does it Work?

Carolanne Wright enthusiastically believes if we want to see change in the world, we need to be the change. As a nutritionist, natural foods chef and wellness coach, Carolanne has encouraged others to embrace a healthy lifestyle of organic living, gratefulness and joyful orientation for over 13 years.