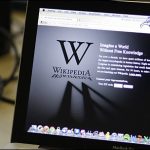 by Sharyl Attkisson, published on SharylAttkisson.com, on May 25, 2019

I’ve done quite a bit of reporting about how Wikipedia is definitely not “the encyclopedia anyone can edit.” It’s become a vehicle for special interests to control information. Agenda editors are able to prevent or revert edits and sourcing on selected issues and people in order to control the narrative.

What’s worse is that agenda editors related to pharmaceutical interests and the partisan blog Media Matters control my Wikipedia biographical page, making sure that slanted or false information stays on it. For example, they falsely refer to my reporting as “anti-vaccine,” and imply my reporting on the topic has been discredited. In fact, my vaccine and medical reporting has been recognized by top national journalism awards organizations, and has even been cited as a source in a peer reviewed scientific publication. However, anyone who tries to edit this factual context and footnotes onto my page finds it is quickly removed.

What persists on my page, however, are sources that are supposedly disallowed by Wikipedia’s policies. They include citations by Media Matters, with no disclosure that it’s a partisan blog.

Another entity quoted on my Wikipedia biographical page to disparage my work is the vaccine industry’s Dr. Paul Offit. But there’s no mention of the lawsuits filed against Offit for libel (one prompted him to apologize and correct his book), or the fact that he provided false information about his work and my reporting to the Orange County Register, which later corrected its article. Obviously, these facts would normally make Offit an unreliable source, but for Wikipedia, he’s presented as if an unconflicted expert. In fact, Wikipedia doesn’t even mention that’s Offit is a vaccine industry insider who’s made millions of dollars off of vaccines.

Meantime, turn to Dr. Offit’s own Wikipedia biography and– at last look– it also omitted all mention of his countless controversies. Instead, it’s written like a promotional resume– in violation of Wikipedia’s supposed politics on neutrality.

These biographies are just two examples of ones that blatantly violate Wikipedia’s strict rules, yet they are set in stone. The powerful interests that “watch” and control the pages make sure Offit’s background is whitewashed and that mine is subtly tarnished. They will revert or change any edits that attempt to correct the record.

This, in a nutshell, exemplifies Wikipedia’s problems across the platform as described by its cofounder Larry Sanger.

Sanger recently spoke to 150Sec. The following is an excerpt:

Reading a Wikipedia entry about Wikipedia itself seems strange. But where else on the web would an average internet user go for digestible, encyclopedia-style content?

With its entries almost always topping Google search results, Wikipedia receives around 33 billion page views per month, according to studies carried out by thinktank Pew Research in 2016. In line with statistics from the website itself, it also changes at a rate of 1.8 edits per second and the number of new articles per day averages 578.

Watch “Wikipedia: The Dark Side,” a Full Measure investigation

The multilingual free online encyclopedia was established in 2001 by Jimmy Wales and Larry Sanger, originally under the name of Nupedia. It is now the fifth most popular website in the world.

150Sec spoke to one of Wikipedia’s original co-founders, Sanger who — despite leaving the project in 2002 — shared his thoughts on online knowledge platforms on today’s internet, ahead of this month’s Pioneers conference in Austria.

As an open source, Wikipedia can be added to or edited by anyone in the world through knowledge base websites called wikis, which allow users to collaboratively modify content. However, Sanger claims that this has become one of Wikipedia’s biggest downfalls.

In its early days, “Wikipedia itself had special challenges,” he explained. “One was simply to teach everyone who arrived at the wiki, which was basically a blank bulletin board that could have become whatever we wanted it to become, that we intended to build an encyclopedia. A lot of people didn’t seem to know what that meant, or maybe they just didn’t care,” he said.

“Another hurdle was to figure out how to rein in the bad actors so that they did not ruin the project for everyone else. Unfortunately, we never did come up with a good solution for that one,” Sanger added.

“Wikipedia is a broken system as a result,” he said.

It is this flaw that has earned Wikipedia its reputation as an often untrustworthy source of information, particularly during times of discussion around misinformation and ‘fake news,’ a term which Sanger finds problematic.