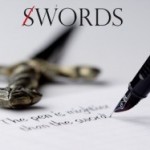 Words are more than elements of speech or writing. When spoken out loud, words transform into frequency and vibration that can be used to harness energy and harm or heal the body. In the occult world, certain words are used along with rituals and sacred geometries to direct and control energy to create certain desired effects. This process of using words, rituals, and sacred geometries to control and direct energy is known as magic. Be aware that I am not talking about magic tricks.

The most powerful thing in the Universe is energy. If you learn how to control and direct energy, you will become one of the most powerful people on Earth. This is why the Dark Magicians/Controllers of the world are so obsessed with the process of controlling energy. The key to controlling energy is magic, which is the art of using sacred sound, sacred geometry, and natural forces to direct and control energy to produce certain desired effects.

Words are powerful because they carry energy, sound, and frequency, which are some of the building “blocks” of matter. Furthermore, they carry information that can be used as knowledge to create or destroy things. When this knowledge is turned into wisdom, it becomes very powerful and can be used to expand a person’s consciousness and spiritual powers. This is why knowledge is power!

Did you notice that the term words is an anagram for the term sword? Switch the letter “s” in the term words to the front and you get the term sword. Words are like swords because they can be used to harm you. In a way, words are more powerful than swords for the reason that they can harm or heal you at the deepest levels of your being.

Many popular religious books have said that knowledge is one of the keys to awakening our spiritual powers and achieving spiritual freedom. One of those religious books is the Bible. In the King James Bible verse John 1:1, it says “In the beginning was the Word, and the Word was with God, and the Word was God.” This verse is talking about the force and information of the Universe, which can be expressed through words. The Bible is written in allegories, so if you read it literally, you are not acquiring the right information.

Today, the concept of logos can be found in every religion, such as Christianity. To find the concept of logos in Christianity, all you need to do is read certain verses of the Bible. In the King James Bible verse John 1:1, it says “In the beginning was the Word“. The deeper meaning of the term word is logos, which is “the source that controls the universe”. In other words, “In the beginning was the Source“. This is the Source that created the Force of Nature.

One important thing you should know about the King James Bible is that it was translated from the original Greek, and therefore when it says “In the beginning was the Word”, it is talking about the Source that created the Universe. Remember, in Greek, the term word means logos.

To connect the dots, the hidden knowledge/information within the word universe tells us that the Universe is an abstract reality field made of poetic and magical word/logos/force. In other words, we live in a magical and poetic “play” known as the Universe, and therefore the Prime Creator is the author and we are the co-authors. Quantum physicists have done experiments proving that the Universe is indeed an abstract or dream-like reality field composed of energy forces.

Another word that has a strong connection to the term word is the term light. Light is sometimes referred to as photon. In physics, a photon is usually indicated by the symbol γ, which is the lower case letter of the Greek symbol Γ (gamma). Some etymologists believe that the Greek word gamma is where the word grammar originated from. In English, grammar means “the study of the classes of words, their inflections, and their functions and relations in the sentence”.

Here is an excerpt from Wikipedia.org that does a great job of defining the occult definition of grammar:

The occult definitions of certain words in this article reveal that grammar or the way words are used has the potential to direct and control energy or light/radiation. In the Bible verse Genesis 1:3, it says “And God said, Let there be light: and there was light.” In this verse, the Bible tells you that God used words/logos to manifest light. Keep in mind that the word light has a strong connection to the term word and grammar. In other words, the Universe was created from light and word/logos. The word logos is defined as “the source that controls the universe”.

Logos also translates to ratio, symbol, reason, idea, and logic. The ancient Greek people believed that the power of the logos can be expressed through words and be used to create mystical things (i.e., sacred geometry) through sound. Have you ever wondered why the symbols of corporations are called logos? It has to do with magic and sacred geometry! The process of using logos (source, energy, force) to create things, such as sacred geometry, can be seen in cymatics.

Here is a quote from the Bible verse Hebrews 4:12 that talks about how powerful words are:

For the word of God is living and powerful, and sharper than any two-edged sword, piercing even to the division of soul and spirit, and of joints and marrow, and is a discerner of the thoughts and intents of the heart.

By now you should know how powerful words are. What most of us do not know about words is that they have hidden knowledge attached to them. The process of using words to hide certain knowledge was purposely done by the Dark Forces to hide their true intentions and prevent us from knowing the secrets of the Universe. It is one of their ways of hiding information in plain sight. One of the reasons why they do this is to prevent them from violating our free will.

Certain secret societies also like to hide information in plain sight. One of the reasons why they do this is to prevent their knowledge from getting lost or falling into the wrong hands. Like the Dark Forces, the legal system also likes to use words to deceive us. The words of the legal system are known as legal words or legal terms and its language is called legalese.

The evidence showing that words contain hidden knowledge can be found when you research the origins of words and use the art of wordplay to find their deeper meanings. The process of using words that contain hidden meanings to deceive people is what I like to refer to as word magic. For more information on word magic, read my informative article titled How Words Can Be Used as Magic Spells.