by Jesse Jarnow, published on The Influence, on August 8, 2016

Known in drug lore as “the businessman’s trip” for its lunch-break-sized 15-minute duration, DMT (N,N-dimethyltryptamine) is infamous for blasting its users into vivid alien worlds. It’s among the most literally hallucinogenic of all the psychedelics. Now, a pair of veteran researchers have proposed a method to safely extend the experience beyond its short length.

Dr. Rick Strassman and Dr. Andrew Gallimore published their paper in Frontiers in Psychology last month, under the name “A Model for the Application of Target-Controlled Intravenous Infusion for a Prolonged Immersive DMT Psychedelic Experience.” Its implications could turn DMT research on its head, allowing for new scientific (and potentially, medical) insights into the principle ingredient in ayahuasca.

Using techniques borrowed from anesthesiology, the method will regulate the amount of DMT in the body and, more importantly, the brain. Though still untested on no-doubt-willing psychonauts, Strassman and Gallimore’s technology is all but ready for assembly.

Strassman, author of DMT: The Spirit Molecule (2001) and DMT and the Soul of Prophecy (2014) and the world’s foremost clinical DMT researcher, argues that the substance provides access to what users experience as mystical states, comparable to those described in the Hebrew Bible. 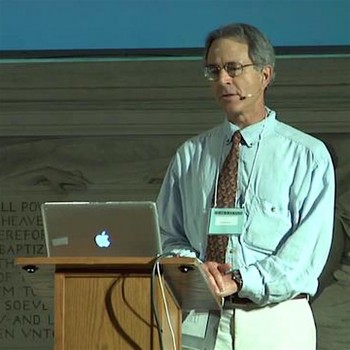 Gallimore, a computational neurobiologist, is also a historical scholar of DMT. His overview “DMT Research from 1956 to the Edge of Time” recounts a wide range of possibilities that researchers have offered over the years (including the notion that DMT is a doorway into an alternate universe). Other theories involve its role in human brain at the time of death, as well as countless South American beliefs inseparable from ayahuasca and DMT snuff traditions. Perhaps the only universal experience of smoked DMT is its brevity.

“DMT has a number of pharmacological peculiarities,” says British-born Gallimore, who is also a chemist and pharmacologist, and currently works at the Okinawa Institute of Science and Technology in Japan. 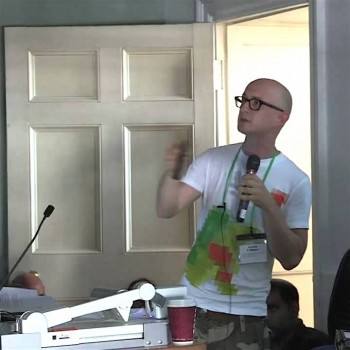 Besides being nontoxic, he says, “it’s very short acting, and it doesn’t exhibit subjective tolerance with repeated use. This is quite remarkable, because all other psychedelics exhibit very rapid tolerance, so you have to wait for days before you can get the same effect. This lack of subjective tolerance suggested to me that you could use a continuous drip-feed of DMT rather than a bullous injection, which is what Rick used [in his ‘90s studies]. It gets a very rapid peak effect. And that’s fine for the work he wanted to do. But if you want to study the DMT state more thoroughly…”

Both Gallimore and Strassman had come across a 2005 German study that attempted to extend the DMT state, but neither was satisfied with the methodology, the data, nor the results, which seemed to indicate a number of freaked-out volunteers.

“My idea was to think about what anesthesiologists do,” says Gallimore. “It’s a really interesting area of medicine. A lot of modern anesthesiology is based on the pharmacokinetic models of these drugs that allow you to simulate the level of drug in the brain. Using this model, you can actually program an infusion machine, to control the infusion rate of the drug such that the level of the drug remains a constant level within some particular window with some degree of accuracy.”

Recalling that Strassman had collected “pharmacokinetic curves… of DMT in the blood over time,” he contacted Strassman, who is based in New Mexico, and asked if he could use his blood sample data to create the new model. And so their collaboration was born.

“The psychotherapeutic applications of a continuous infusion are appealing,” says Strassman. “This would be an extension of the repeated dose study [detailed in DMT: The Spirit Molecule] where we found that it was extremely useful for volunteers to be able to process what they had just undergone—now in a relatively sober state for the 5-10 minutes of clarity between doses—in preparation for the upcoming session. There seemed to be a progression of themes and content throughout the morning, and working with trained psychotherapists optimized whatever psychological work they were accomplishing during those sessions.”

“There clearly need to be safeguards in place,” Strassman says. “One would be the establishment of pre-arranged signals from the volunteer indicating that they wish to come out of the DMT state. In addition, there would need to be built in certain time and dose limits, which would automatically come into play in order to assure that the volunteer is doing all right.”

One exciting possibility of extending the duration is the ability to make MRI scans of the DMT-journeying brain for the first time. With teams at London’s Imperial College recently completing the first ever MRI brain scans involving LSD and psilocybin, it seems likely that DMT might follow.

DMT isn’t simply “another tryptamine,” Gallimore says. “I would be very interested to see how this drug-affected activation of the visual systems and how this compares to other psychedelics which have a less visual component, such as LSD or psilocybin, at lower doses anyway.”

“One of the most surprising results of the 2012 [MRI] study of psilocybin,” says Gallimore, “was this reduction, this global decrease in neural activation, and everybody was expecting the complete opposite.”

“They did find interesting effects in the visual cortices and how that connected to different parts of the brain,” he continues. “With DMT, it’s a whole different game: How does the brain seeing visions in the DMT state differ from seeing the world normally? What can we learn from that?”

To many people who have used DMT, or even just been gripped by sci-fi-like DMT experience reports, the single most enthralling prospect is to find out what happens when a trip gets longer.

“One of the most interesting characteristics of the DMT space is the presence of what appeared to be sentient, intelligent, highly interactive ‘beings,’ of various structure and functions,” says Strassman. Volumes of articles and books and Terence McKenna orations have been devoted to the DMT phenomenology, McKenna famously describing the beings as “self-transforming machine elves of hyperspace,” an experience reported far beyond McKenna.

“A prolonged immersion in the DMT state would allow for a much more thorough investigation of the ‘beings’’ nature,” says Strassman, “and in particular, provide a less hurried opportunity to establish communication with them. This was one of the issues raised by many of my volunteers: that there just simply was not enough time to establish effective and fulsome communication.”

With ayahuasca moving into the global eye, and the climate for psychedelic research opening up to unprecedented levels, close examination of the brew’s most central chemical seems more important than ever.

Some are studying DMT’s exciting potential medical uses, including tissue regeneration, but DMT continues to be a part of the world’s psychedelic spiritual practices, both as an ingredient in ayahuasca and on its own. In Australia, a debate is under way on the possibility of legalizing small amounts for religious purposes. In Israel earlier this year, a group was arrested for importing DMT and allegedly running ceremonies for hundreds of participants at a time.

Strassman, who chronicled the emotional strain of his large-scale DMT project in The Spirit Molecule, says he is “no longer doing hands-on research,” though points out that there are several active teams who might pick it up. Though they have yet to announce their formal plans, Gallimore recently helped review a DMT protocol for Robin Carhart-Harris at London’s Imperial College, who intends to make DMT a focus of his work soon.

“At the moment, we don’t have any immediate intentions to apply for funding or approval to actually implement the model,” says Gallimore. “There are a couple of questions left, such as: What would this technology be used for? If you’re going to get approval and funding for an implementation you can’t go in and say, ‘Well, we want to establish contact with entities in an alternate dimension,’ because you’d be laughed out of the room.”

The methodology of any research remains very much an open question. The clinical set and setting of Strassman’s 1990s work was criticized by some, notably then-imprisoned LSD chemist Nick Sand, the first underground chemist to synthesize DMT outside of a proper lab, making a batch in a Brooklyn bathtub in the early 1960s.

Writing under the pseudonym “∞ Ayes” in The Entheogen Review in 2001, Sand argued that to look for concrete structure within the experience was to misinterpret it. “What is important are the feelings and the hidden meanings you experience from entering into the vastness, and the new consciousness that can result,” Sand wrote. “This is the glimpse that can open your soul to the sacred.” Though Sand would step back from some of his harsher criticisms in a follow-up piece, the skepticism remains useful.

Read more from The Influence:

The “Acid King,” Serving Life Without Parole, Speaks to The Influence

Given the inner-space parameters of any future DMT experiments with the new model, sending users to a space where the active aid of even a trained guide can’t offer real-time help, finding the proper container for the DMT experience seems nearly as important any other safety procedure. In looking for objective properties to a subjective experience, any study will surely have to strike a balance.

Though Gallimore doesn’t identify as a psychonaut—”I have a healthy respect for psychedelics,” he says, “bordering on fear”—he imagines the end result of this innovation being built for more personal journeys.

“Although we frame the model in more academic terms for the journal,” he says, “I actually envision a time in the not-too-distant future when you will lie down next to one of these machines, insert a cannula, input your desired journey time, and set off to the universe next door—a sort of anti-Matrix machine.” Many futures await.

Jesse Jarnow is the author of Heads: A Biography of Psychedelic America (Da Capo, 2016). His most recent article for The Influence was “Seven Discoveries From 1960s Issues of ‘Micro-Gram,’ the Government’s Secretive Drugs Memo.” He tweets at @HeadsNewsand publishes the weekly Heads News bulletin.