Why the US is Trying to Destroy the Dollar 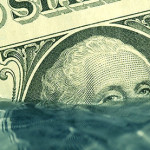 Why the US is Trying to Destroy the Dollar

By Bix Weir, published on Road to Roota

There has been a lot of discussion in our circles about the insanity on display in Washington when it comes to spending and our monetary policy. Although they’ve “talked the talk” of balancing the budget and limiting the debt for 40 years it has never really been done. Sure, the Clinton Administration appeared to make some inroads…but it was all smoke and mirrors. In the Clinton years they changed all the rules about what to report in order to make it look like things were getting better but it was all a con. They just changed all the reporting rules!…like calling Social Security payments “revenue” to offset even more spending and changing the components of the CPI to mask the real inflation rate.

The reality is that since March 31, 1982 the plan of the United States of America was to destroy the US Dollar and return to a true Constitutional Gold Standard. This was the day that the Gold Commission Report was released with the following statement in the conclusion :

“The majority of us at this time favor essentially no change in the present role of gold. Yet, we are not prepared to rule out that an enlarged role for gold may emerge at some future date. If reasonable price stability and confidence in our currency are not restored in the years ahead, we believe that those who advocate an immediate return to gold will grow in numbers and political influence.”

Has it happened? Has “reasonable price stability and confidence in our currency” been the goal since 1982? No. Exactly the opposite and it was all done on purpose! There is no better explanation for the rampant monetary creation in the United States since the release of this report. It’s the “On The Road to The Golden Age” theory being acted out in real time. Again, right back to the original Road to Roota article from 2007…

The Road to Roota or The Implementation of a New the Gold Standard?
http://www.roadtoroota.com/public/120.cfm

You may find it interesting that the “Minority Report” released with the “Gold Commission Report” was co-written by Ron Paul and advocated returning to a Gold Standard immediately. As a matter of fact…Ron Paul and Lewis Lehrman produced this report IN SECRET without the knowledge of most of the other Gold Commission members! All of this had to be done in secret or the “Bad Guys” would have taken them out like they did Kennedy. The “Minority Report” was not revealed until right before the final revision of the Gold Commission Report.

Reflections on the Gold Commission Report

“The existence of a minority report was not revealed to the Gold Commission until a few days before the final revision of the Report that was intended to represent all views. The minority report was prepared under the direction of Congressman Ron Paul and mirrors his views rather than those of Lewis Lehrman who endorsed it. He proposed delay in the implementation of the program outlined therein until the Reagan Administration’s fiscal and monetary programs and the recommendations of the Gold Commission were given an opportunity to prove themselves.”(pg 324)

Interestingly enough this “delayed implementation process” was directly in line with the expertise of Stephen Devaux of “Wishes and Rainbows” fame as well as our friend Alan Greenspan in an article published in Time Magazine in 1981:

“There is a growing disillusionment with monetary theory, monetary policy, monetary instruments generally, and people are looking around to see what the alternatives might be. One is gold.”

“Economists concerned about fixing the right price for gold have been discussing in recent weeks the problems of “re-entry,” the space-age term to describe a return to the medieval metal. Laffer says the White House should announce that the U.S. will be going on the gold standard in say, three months. When G-day arrived, the Treasury would begin buying gold at the market price, and the Federal Reserve would partially back its obligations with gold, up to perhaps 40%. Economist Greenspan has another, milder proposal for testing the waters. He suggests issuing Treasury notes whose value is backed by gold. Financial markets would then gradually determine the value of gold by the price investors were willing to pay for the notes.”

The Road to Roota take is that this process of returning to the Gold Standard continues in real time today. Yes, this long after it began decades ago. As a matter of fact, Ben Bernanke announced THE END of this process when he announced that the Fed will be continuing Quantitative Easing to INFINITY!

Remember what was concluded by the Gold Commission in 1981:

“If reasonable price stability and confidence in our currency are not restored in the years ahead, we believe that those who advocate an immediate return to gold will grow in numbers and political influence.”

We have arrived at that point in time…now you must prepare for the largest economic collapse in the history of the world.

Then we get to start fresh!

May the Road you choose be the Right Road.