Why doesn’t the FBI and/or NYPD blow PIZZAGATE wide open?

Why doesn’t the FBI and/or NYPD blow PIZZAGATE wide open? 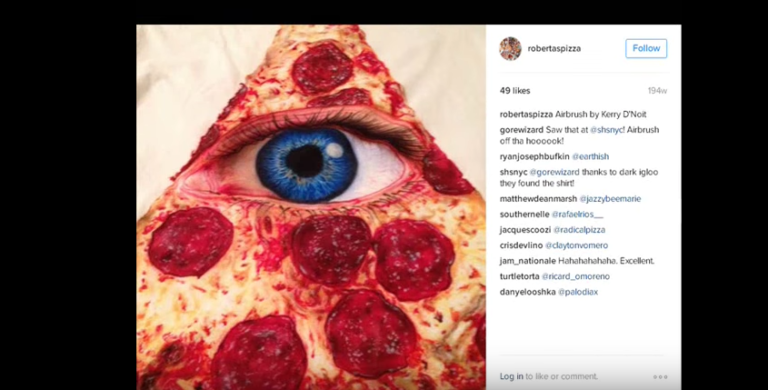 There are now many white hats working for the FBI and NYPD.

Many of them know about the true details of Weinergate.

It was Weinergate that initially broke open PIZZAGATE

More importantly, they have in their possession a massive amount of evidence on the much bigger scandal known as PIZZAGATE.

However, they are prevented from investigating PIZZAGATE given the depth and breadth of the pervasive criminality… which is ongoing in the highest echelons of society.

TPTB simply will not permit such an investigation to take place, as it would mean the end of their primary control mechanism of the Global Control Matrix.

The entire leadership of the World Shadow Government would end up exposed and in prison…for life, if not given capital punishment were the truth to be told.

Hence, those righteous agents and middle managers in the FBI, who deign to reveal the PIZZAGATE facts to the public, do so on pain of death.

To be sure, there is a zero tolerance policy for such transgressions against the ruling elites.

Special Note:
The first thing that Deep State does when taking over any nation is to grab control of the intelligence agencies, secret services and law enforcement after they seize the media. There are none so powerful to control a populace than the law enforcement departments given the lawful lethal force that they possess.  However, it is the statutory function to make a criminal referral that really confers upon them great power.  See how the entire Clinton Emailgate revolved around FBI Director James B. Comey.   Now ask yourself: Why would Comey literally destroy the rule of law across America unless he was completely controlled by his true master?  What type of radioactive information does a handler have to have to compel an FBI director to break the law in broad daylight during prime time? This is how the highest levels of the U.S. Federal Government are controlled 24/7 by those who rule the USA from behind the curtain.

Exactly where are we going with this discussion?

The ONLY way that PIZZAGATE will break wide open is for a nationwide demand for a real investigation.  There must be a groundswell of support from the American people. There must be a call to uncover this multi-decade crime spree to disclose the grim facts, no matter how repulsive they may be.

If there is no demand for disclosure about PIZZAGATE from the citizenry, there will be no resolution.  Heinous crimes against the children of America cannot be prosecuted without the full discovery which can occur within the court system, through the media, and by way of personal testimonies.

Therefore, it is absolutely necessary that the citizen investigators, journalists and researchers continue their digging into PIZZAGATE.  Doing so provides the single best way of taking down this God-forsaken System down, once and for all.

Quite significantly, when the number of Americans reaches a critical mass of demand for justice, the FBI and NYPD will respond accordingly.  With the populace aware and appropriately demanding justice, the nation’s law enforcement can more safely go into action … leaking, whistleblowing, and snitching on their handlers.

This is really the only way that PIZZAGATE can work itself out with a successful outcome.  Eventually, even the MSM (Mainstream Media) will be compelled to report on the unfolding developments of the PIZZAGATE investigation.  Otherwise, their failure to do so will shift unwanted scrutiny to the media magnates themselves.

The titans of the MSM are not only complicit in the massive PIZZAGATE cover-up, perhaps most of them have participated in this ongoing black operation.  Most are in so deep that they feel they have no choice but to push the ‘fake news’ narrative, even though they know it’s an outright lie and purposeful deception.

Which is why the MSM have zealously gone global with the ‘fake new’ meme.

Now this is quite critical to understand.

There are already many alternative news websites which have banned any further posting and discussion of PIZZAGATE by their reporters and posters.  These sites have been intimidated by TPTB either directly or indirectly.

Let’s face it, when Alt Media ad revenues are put into serious jeopardy, the site owners will always go with the flow of political correctness.  No problem there, as long as everyone opens their own Alt Media websites and becomes truly independent journalists.

The MSM can throw around their patently false ‘fake news’ meme all day long.  However, there is no stopping it from coming right back to their doorstep.  For ‘fake news’ is a boomerang meme, which they were forced into disseminating but with grave consequences.

Truly, TPTB must have felt that they had no choice whatsoever as their Global Control Matrix is now facing genuine existential threats.  Yes, the true import of PIZZAGATE presents great danger to their whole bloody crime syndicate, but their reaction will prove to be suicidal.

This is why it’s imperative to ignore anyone or any website that labels PIZZAGATE a hoax or a psyop (Yes, TPTB have tried to twist it so but the reality is what it is) .  Those folks are either shills for the dark side or very ignorant of the most basic facts.  We who know the truth must go wherever we are led, but do so smartly and safely.

That’s not to say that the PIZZAGATE truth movement is not being co-opted as we write this warning.  TPTB have no choice but to call us “PIZZAGATERS” in order to marginalize us and make us look like fringe nutters.

Who cares what they do from this point forward?  TPTB are ultimately going down in a free-fall collapse like Building #7 on 9/11.  They know it, too; they’re just trying to postpone their inevitable demise.

This PIZZAGATE thing is really as BIG as it gets.  There is really nothing bigger on the horizon.  Yes, 9/11 was very big, but they locked down the narrative way before September 11, 2001 and mind controlled too many others while they suffered 9/11 PTSD.

PIZZAGATE, however, really did catch them by surprise, regardless of what anyone else says.  That’s why the MSM so desperately called all of their competition ‘fake news’ platforms. Does it get any more desperate than that?!  Only in this extremely juvenile way could they pre-emptively tar the whole Alt Media realm with the brush of tin-foil conspiracy.

The critical point here is that TPTB would only take such an extreme and unparalleled measure to effectively kill the PIZZAGATE story everywhere they could, if it was all true and really much worse.  Especially on the Internet do the elites want this investigation snuffed out—forever.

Now, precisely why do you think they are so eager to kill any talk of the scandal of the millennium? (PIZZAGATE: The Greatest Scandal of the Third Millennium)

And, by the way, does anyone really think TPTB would deliberately trigger PIZZAGATE as a way of distracting us from their planned World War III or Second Great Depression. The world already has been witnessing the cold phase of WW3 for years now, just as every nation has experienced their own version of the 2008 triggered global economic depression.  Then why would they ever expose themselves so via PIZZAGATE?

BEYOND THE DUTROUX AFFAIR: THE REALITY OF PROTECTED CHILD ABUSE AND SNUFF NETWORKS

PIZZAGATE: The Scandal That Will Take Down the Clintons, the Democratic Party and the U.S. Federal Government

PIZZAGATE: A Complex and Convoluted Conspiracy at the Highest Echelons of the U.S. Federal Government is Exposed 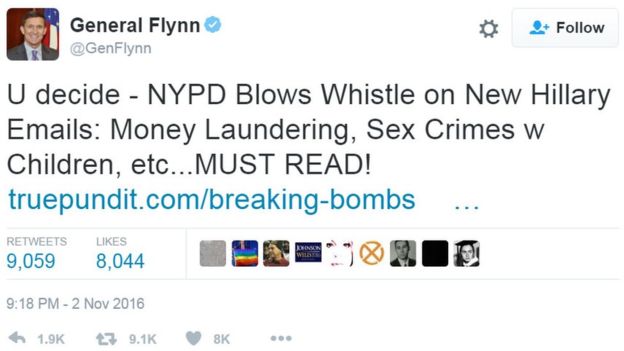 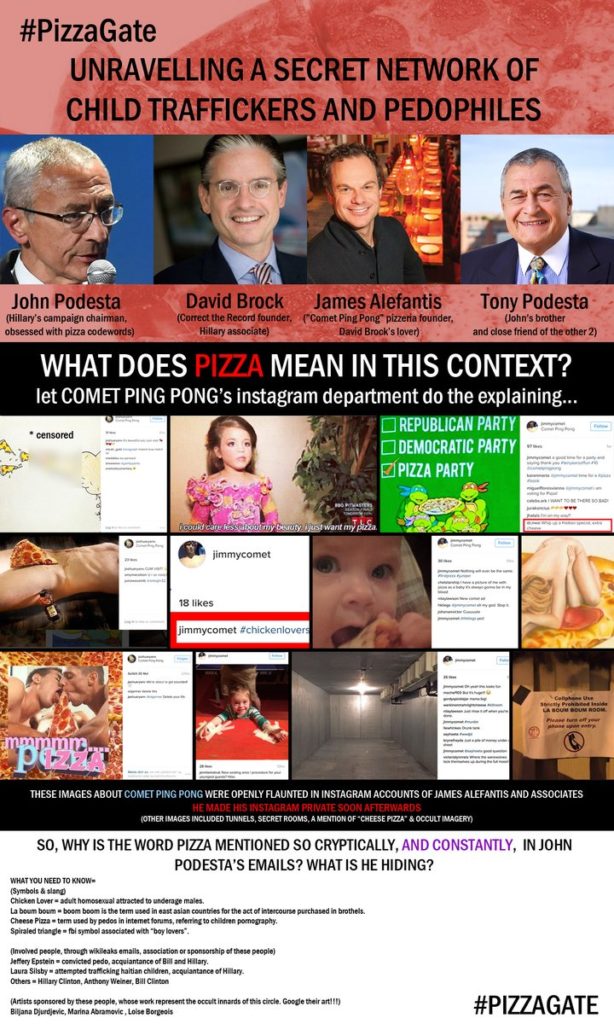 1 Comment to “ Why doesn’t the FBI and/or NYPD blow PIZZAGATE wide open?”