by David Shepardson, published on Reuters, on October 23, 2018 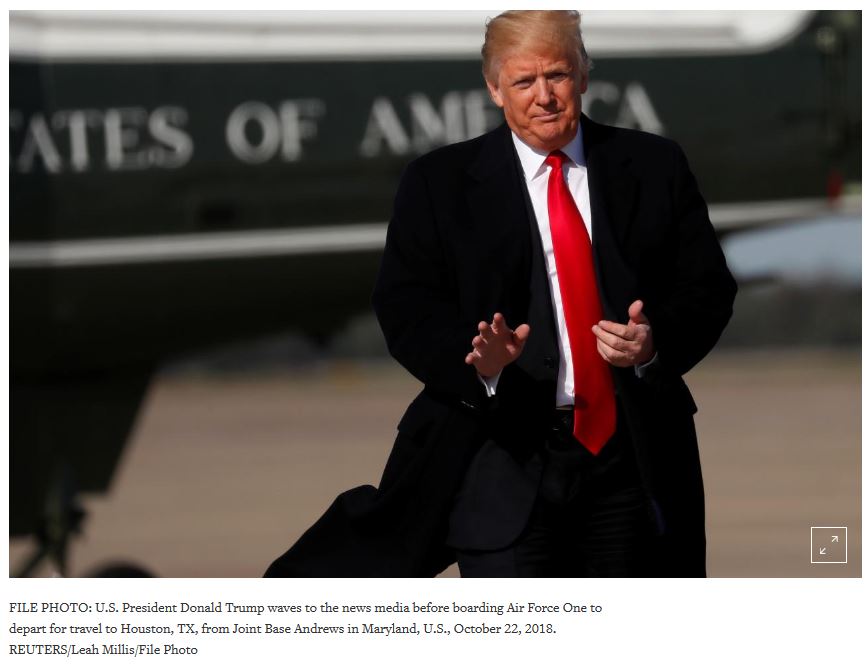 WASHINGTON (Reuters) – U.S. President Donald Trump’s planned U.S. Space Command should seek to develop ways for the country’s military to operate in outer space, White House advisers recommended on Tuesday, with the government hoping to secure approval for it by 2020.
FILE PHOTO: U.S. President Donald Trump waves to the news media before boarding Air Force One to depart for travel to Houston, TX, from Joint Base Andrews in Maryland, U.S., October 22, 2018. REUTERS/Leah Millis/File Photo

The council’s recommendations were made at a meeting on Tuesday at the National Defense University in Washington.

Speaking at the meeting, Vice President Mike Pence said the White House will include funding for the Space Command in the budget proposal next year, with the goal of getting approval from Congress so it can be in place by 2020.

Pence said the National Space Council and National Security Council will review space operational authorities “to ensure that our warfighters have the freedom and flexibility they need to deter and defeat any threat to our security in the rapidly evolving battlefield of space.”

A lack of centralized leadership and accountability threatened U.S. ability to “advance our national security in space,” Pence said. “The time has come to stop studying the problem and start fixing it.”

The Trump administration in August announced an ambitious plan to usher in a new “Space Force” as the sixth branch of the military by 2020. Such a change, which the Defense Department has estimated would cost $13 billon in the first five years, must first be approved by Congress.

Pence said at an earlier Washington Post forum that China and Russia have established similar space forces. “This is what our competitors are already doing. And the president is determined to make sure that America leads in space, as well, from a military standpoint,” he said.

Critics, including some Democratic lawmakers, have said the creation of Space Command is an unnecessary and expensive bureaucratic endeavor that would simply shift work already being done well by other services like the Air Force.

The proposed bill would also create the Bureau of Space Commerce under the U.S. Department of Commerce to liaise with industry representatives and organizations, according to a copy provided to Reuters. It also calls for $10 million per year for five years starting in 2020 to fund the commerce arm.