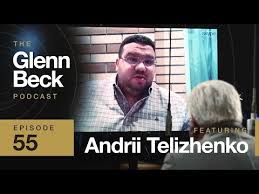 10.19.19 | Andrii Telizhenko is calling out the DNC for corruption in Ukraine, but the mainstream media will not listen! As a former adviser to both Ukraine’s prosecutor general Victor Shokin and the Ukrainian embassy in Washington, he refused to work with the DNC to dig up dirt on Trump. He describes how Alexandra Chalupa introduced herself as a DNC worker, how conservatives were blocked from communicating, and how it’s no secret in Ukraine why Biden demanded Shokin be fired. According to Telizhenko, this meddling was one of the main reasons the Ukrainian people voted a COMEDIAN into office instead of another politician. He has seen firsthand the how the mainstream media is rewriting this story, but the facts WILL be set straight!