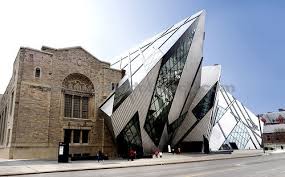 By Dani, published on Removing the Shackles, on August 7, 2014

Further to yesterdays article about Templates, today I would like to discuss another major template that has been playing out for eons and is a major part of controlling the people.  This is the template of “Religion”.

Back in the “good ol’ days”, before printing presses, radio, TV’s and the internet, the information that was given to the public was handed down by the emperors, kings, feudal overlords, and religious leaders.  Their Word was LAW.  Their Word was tantamount to being the voice of god.  Unquestionable.  Unassailable. Omnipotent.  If the Lord of the manor said: “They are evil!!” then whomever “they” were, was unquestionably evil.   If the Pope said: “God wants you to tithe 20% to the church!”, then people paid 20% of all they had to the church.   Those who didn’t immediately ask “How high?” when the King/Sultan/Priest/Rabbi said “JUMP!” were executed as an enemy of the state, burned at the stake for heresy, or locked away in a dungeon for the rest of their lives.

Hence it was pretty damn easy for the controllers to do whatever the hell they wanted- to the people, to the “money”, and to history itself.

Think about that for a moment:  When the controllers have absolute autonomy to say and do whatever they want and the power to create whatever history they wish….. makes you really question what you were taught in school, eh?

A good topic for another day…

When the Emperors and the religious leaders had absolute control off the masses, their “will” was easy to push onto the people.  Then times changed and people began to communicate to others at longer distances, they began to get information that was from outside their own little hamlet and expanded their knowledge base of what is outside their borders.  Then came printing presses and the invention of the “news paper”, which while it was totally controlled even back then, it still gave a look into the world beyond their own circle.  Once information began to circle around, and once people started looking up from their drudgery in the fields, the controllers had to get a bit more creative.

Since the very beginning, the easiest way to keep the people under control was to keep them separated.  If there was always fear of another group/country/religion etc… then the controllers could keep the people from banding together.  Let’s face it: small groups are much easier to control than mobs, lol.

The other template that I didn’t discuss in the previous article is the Religion Template.  Used since the beginning of time to control the people not only in this life, but in their perceived after life as well.

When you take an unjaundiced look at the religions of our planet (and beyond, re: book of Urantia)- both past and present- there is a flow of similarity in the repeating of certain aspects of “belief”.  One religion crosses over into another one, sometimes even “borrowing” from each others “holy books”.  Judaism Christianity, and Islamism are intertwined by story lines that cross over between the Torah, the Hebrew scriptures, the Quran,  and the Bible- the Christian Greek scriptures.  The cross overs of religious similarities from the “pre” christian religions, like the Egyptian gods Horus and Osiris, Roman Mithraism, the Greek pantheon (Dionysus in particular)- all perpetuate similar beliefs and stories.  Even the symbols and rituals between many many religions follow a pattern that is almost inseparable.

This is not accidental but part of a created flow of one belief system into another one.  As old religions “died off”, there needed to be a cross over to integrate and smooth the transition into the next up and coming belief system.

This worked fine for a while, but then as religious groups grew and spread, and the need for separation and division became vital for the controllers to maintain control.  At this point the creation of “sects” and different branches of the same basic religious beliefs became a focal point.  Christianity became divided into “separate” religions, each one espousing that they alone had the “truth”.  Islam, Christianity, Buddhism and Judaism are just a few of the perceived “major” world religions that have become compartmentalized and divided. When war with another religious group wasn’t enough, wars between sects of the same religion became a normal part of the “war” and “religious” template.

Fast forward to the last century.

With the upswing of “science” and the “advances” in Psychology and “rational” thought (lol), droves of people began to fall away from the old religious diatribes to follow the new ideologies.  Darwinism was heralded as the “thinking man’s” “religion” and atheism and agnosticism became a very acceptable belief system (although few proclaiming to be either actually understood the underlying motives or backgrounds of these “programs”).

History shows the “past” 100 years to have hosted the greatest amount of “change” in all sectors of life- politics, science, psychology, (to name a few)- going through a massive “evolution”.

As people began to question “religion” and the control of the perceived governmental leaders, the controllers saw their domination slipping away and knew that they needed to come up with a new control mechanism.  The old religions weren’t working any more, so a new one was needed.  One that would capture the minds of the masses who were actively denouncing religion (yet secretly afraid of what comes after “death”?) and turning to “science” and  “philosophy” and “psychology” for the answers to the big questions: “why are we here?”.

Enter: The New Age Movement. …. and of course, all it’s various sects.

“Spirituality” is mixed up with “consciousness”, mixed with “eastern” religious systems of control (mantras, chakras,  staring at your belly button till you reach “enlightenment”, “Ascended Masters), mixed with “science fiction” (galactics, cosmics, Pleidians, Sirians,), then add a heavy dose of religious based indoctrination that is hidden behind words like “christ consciousness” “ascension” and “oneness”.

Each and every one of these religions- both old and new- have one very basic tenant that shines out very very clearly:  HIERARCHY

Regardless of what their doctrines preach, the deeper message is always the same: “good guys” vs “bad guys”, angels vs demons, etc..  Enlightenment/ascension/heaven/paradise is something that you must  “earn”, and your “position” is based on whether a higher-than-you “being” decides if you are worthy enough, or your frequencies are “high enough”.

In this “New Age” and “Ascension” movement that predominates so many avenues of discussion about  “spirituality” and “consciousness”, the “LOVE & LIGHT” message is almost always tied to a hierarchical system of separation.  There are levels of “D’ness” to attain: 3D. 5D, 7D, 500D…. There are frequencies to be “raised” to a “higher level”, and a system of Hierarchical beings/ascended masters/enlightened ones/”angels” and higher “D” level “galactics all in place to tell you who you are, what your “history” is, and what lessons you have to learn to make your own way up the “chain of command” in the “D’s”.

This is “their” religion template.  And it serves a very interesting purpose in this NOW moment….

Let’s play a game of “What If”

What if you are loosing control of the masses and you need to do a major re-phoenixing of the current system,  on a scale that has never been done before (in historical record).

What if you are now having to admit to some of the hidden history of the planet because it is about to be made visible to the masses, so you need to spin doctor the situation with preparations “before” it happens.

What if you already KNEW what was about to happen and you have been preparing for this moment for eons?

What if you had prepared a massive re-phoenixing of the system that was so immense, that it was carefully planed out to encompass every being on the planet- regardless of their “religious” or “non-religious” beliefs?

What if the ultimate “new world order” and “new world religion” was to be perpetuated through staging the grandest act of all time?

What if you melded “religion” and “science” and “fiction” together?

What if this ultimate Phoenix Play was staged to tie the “old” and “new” religions all together. To meld the element of control into the element of consciousness/spirituality so that it could be continuously controlled by the controllers?

What if the “controllers” had even lined up BEings to act out the parts of the major players in this Phoenix?

What if the perceived “saviours” of the “human race” were none other than the controllers themselves?

THIS is “their” religious template.  THIS is how they plan to meld all of the smaller templates together and use them to push their grandest Phoenix EVER…..

…And yet, they also KNOW what will happen when they launch their final “religious” template.

…. This is what is called being stuck between a rock and a hard place.

… I almost feel sorry for them.

1 Comment to “ When Old Meets New: the “Religion” Template”