When it comes to Guantánamo, Trump is truly the builder in chief

When it comes to Guantánamo, Trump is truly the builder in chief

By Carol Rosenberg, published on Miami Herald, on March 27, 2018 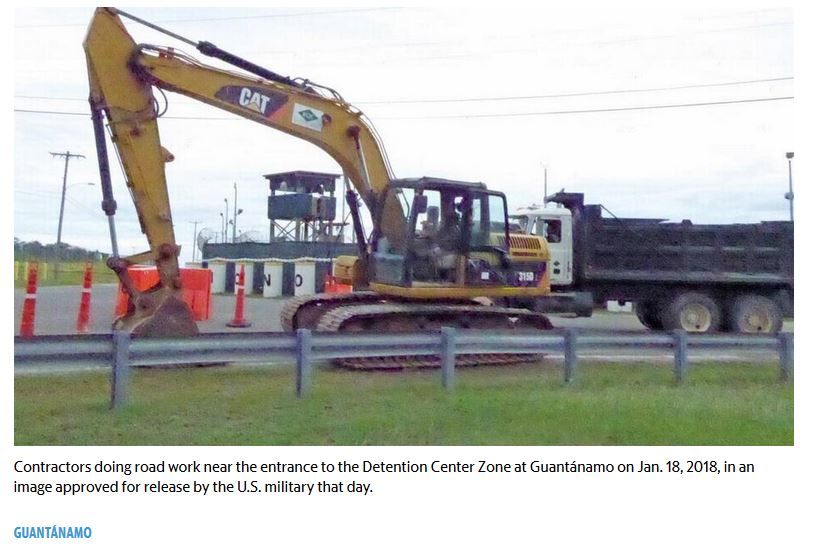 The Trump administration has more than $200 million in new construction teed up for Guantánamo this year and next, combining new funding in the $1.3 trillion spending bill and existing projects.

The biggest ticket item for the U.S. Navy base in Cuba in the so-called Omnibus Spending law is $115 million for a new 848-troop barracks across the street from the McDonald’s and commissary to consolidate enlisted prison staff under one roof. 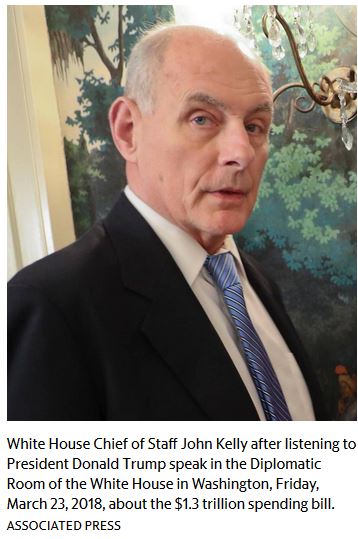 A dive into the documents that underpin the spending bill that President Donald Trump signed Friday, March 23 — declaring “Nobody read it. It’s only hours old. Some people don’t even know what’s in it” — indicates Congress did not fund a new $69 million prison for the 15 high-value detainees at Guantánamo, called Camp 7. It does however devote $66 million to a 150-prisoner jail, with campus, at Joint Base Lewis-McChord in Washington state for troops and airmen accused of crimes.

It also serves as a study in contrasts of the costs of doing business at the remote base behind a minefield in southeast Cuba, where both labor and supplies must arrive by barge and airlift to undertake new construction.

To put the cost of the new barracks in perspective, the Omnibus Spending Law this year is also funding dormitory-style housing for 216 sailors at a Navy training site in Pensacola for $18 million, or $83,000 per bed, compared to Guantánamo’s cost of $135,613 for comparable housing.

The new barracks had been championed by Trump’s chief of staff, John Kelly, during his years as a Marine general at U.S. Southern Command and rejected by President Barack Obama, who wanted the prison complex closed.

The U.S. military has already spent $9 million on design and other preparation on the barracks for enlisted soldiers on the staff of the 41-captive prison — about half of the current strength of 1,700 troops and civilians — so the sum included in the measure is for construction of the dormitory-style building itself. A contractor has yet to be signed.

With all labor and materials flown in, the project is an expensive one and, by latest estimates, would start with a contract awarded in April 2019 with an anticipated 900-day construction period meaning the soonest it would be done is in September 2021.

Separately, the Pentagon has three other major building projects approved or underway in 2018:

▪ It has notified Congress that it found $14 million to expand the Top Secret trailer park portion of the war court complex at Camp Justice — called the Expeditionary Legal Complex — and accommodate more prefabricated office space and secure work stations.

▪ A Carlsbad, Calif., construction firm has been awarded a $23 million to $27 million contract to do work on the infrastructure of a pop-up tent city site that could, in the event of a migrant crisis, hold up to 30,000 people intercepted at sea not far from Guantánamo’s lone functioning airfield. The U.S. military has spent millions of dollars since 2007 building the site on the Leeward side of the base for the Department of Homeland Security because the original infrastructure was taken over by the Detention Center Zone for war-on-terror prisoners.

▪ Construction will continue throughout the year on the base’s new $66 million K-12 school — being built by the same Miami firm whose pedestrian bridge collapsed March 15 at Florida International University — past a November completion date. At the time of the collapse that killed six people, the school for up to 275 students was 35 percent finished and scheduled for completion in March 2019, said spokeswoman Sue Brink of the Navy Facilities Southeast headquarters in Jacksonville.

Money for the $14 million war court expansion was drawn from earlier U.S. military construction projects that came in under budget.

For example, in 2015 Congress budgeted $11.8 million to build a new health clinic for some two dozen Guantánamo prisoners in a former cellblock at the Camp 5 prison, which came in at $9.6 million. So $2.2 million from those funds are being used on the war court site expansion, even though the clinic shown to visiting reporters in February is not yet complete.

The military this month put out a solicitation for contractors to compete to provide a non-chewable padded cell for its new two-cell psych ward there.

Other funds for the court expansion include $2.1 million from $60.8 million allocated for a pier in the Kwajalein atoll in the Marshall Islands that came in under budget.

The original Expeditionary Legal Complex was built in 2007 and cost $12 million, using mobilized engineers to construct it.

It has the Pentagon’s Top Secret eavesdrop-proof war court chamber for former CIA captives, where the public hears proceedings on a 40-second delay. The expansion phase does not provide for a second courtroom sought by the chief judge, just secure office spaces. It is more expensive because this time the Pentagon is hiring outside contractors to pave, put in utilities hookups, build more security fences and add perimeter lights.

Separately, the Pentagon is spending $235,156 on six prefab legal meeting rooms inside the Detention Center Zone for lawyers to meet with captives, ostensibly with confidentiality, after a microphone was found in a meeting room especially set up for the alleged USS Cole bomber, a former CIA captive, to meet with his lawyers in 2014. 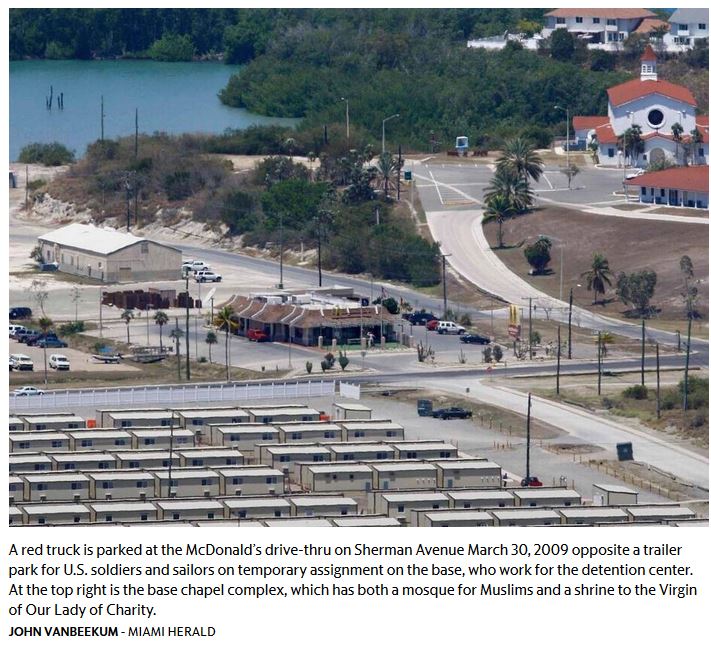