What should people think about the @nytimes Trump tax story? A thread.

What should people think about the @nytimes Trump tax story? A thread. 1/

Let’s start with the obvious: while the reporters and newspaper are held harmless by the First Amendment to the Constitution, whoever leaked these tax returns is likely guilty of multiple felonies. 2/

The president has the same right to privacy in his tax returns that you or I have. I’m all for voluntary disclosure by presidents and candidates, but as an Enrolled Agent I can’t emphasize enough what a violation of trust this leak is. 3/

As to the information, I think the reporters are guilty of some of the “truthful hyperbole” Trump accuses himself of. They report normal, albeit large, tax deductions as extraordinary. 4/

What is unusual about Trump’s tax returns are the size and velocity of these items. I suspect this is a man who has gushers of income and gushers of legitimate expenses, well placed to offset over time. Nothing wrong with that. 6/

Here is where the story could do a better job explaining the distinction between tax evasion (which is illegal) and tax avoidance (reducing taxes via legal planning, something we all do). 7/

As an example of small time tax avoidance, imagine you have some appreciated Coca Cola stock. Rather than sell the shares and pay the capital gains tax, you donate them to your favorite charity and deduct the value as a charitable write off. 8/

The tax code is full of these legal, legitimate tax planning opportunities. In order to use them, you usually have to risk significant capital, be willing to endure years of losses, and generally be in the business of business. 9/

If you want the certainty of a nice, warm W-2 and a home mortgage and a 401(k) plan, you’re not in business. You work for those who put themselves out there to take risks. So tax avoidance is not available to you. Want them? Start a small business! 10/

Just be ready to pay a lot in taxes. You wouldn’t know it by reading this hatchet job of a story, but our tax system is extremely progressive. The more you earn, the more you pay in taxes. Trump did in years where he wasn’t recovering business losses. 11/

Whether Trump’s tax planning (and those of his advisors) meets tax law obligations is a matter between him and the IRS. But the items themselves are perfectly legitimate. And we have no insight into the discreet details of the claims. 12/

This story is nothing more than the “Orange Man Bad” version of “gotcha” pieces liberal journalists routinely run about how big companies don’t pay taxes. The stories invariably cherry pick years and items favorable to the story’s bias. 13/

I strongly suspect that only blue checkmark types and liberal activists will care about this story. Tax experts see a “tie goes to the runner” aggressiveness, but not much more than that. Rich guy wheels and deals. Film at 11. Fin/

Tax avoidance isn’t just for the Trump family. @JoeBiden does it all the time. So do I. So do you. https://t.co/WUjtQvS5nx 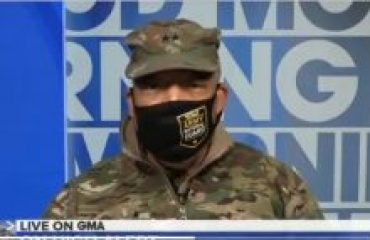