What It Really Means to Be a Seeker of TRUTH 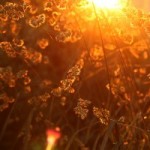 What It Really Means to Be a Seeker of TRUTH

By Christina Sarich, published on January 31, 2014

We are all whistleblowers if we want to be. It starts with keeping ourselves accountable. As I watch my own mother decline in a state of extended, deteriorating health, a woman who was couched in the modern medical paradigm as a registered nurse, and who once helped the local police solve a murder with psychic knowledge in her youth, I split the hairs between what is ‘real’ and ‘unreal’ on a daily basis. But, isn’t that what we all do as Truth seekers – try to peel apart the layers of philosophy, doctrine, dogma, televised propaganda, government lies, religious rhetoric, peer-pressure, and self-delusion? It is a long list, I know, but as seekers of Truth, you will often find yourself stuck in the ‘seeking’ mode, when truth lies in the ‘being’ mode just as profoundly.

I write about the world as I see it –the crazy juxtaposition of chemtrails in the skies and a thousand baby seagulls dancing and diving over the strangely windy firmament. A lake I haven’t driven past in months, its edges receding from the shore like an old, wizened man’s hairline, its depths possibly the burial grounds for a rock-formation of a many aeons-old civilization. It is a reminder of the depths which are in us – ignored, tossed out, suppressed, and lingering. The lies we’ve perpetually told our ourselves – that the family abuses we’ve suffered can be stuffed down without causing cancer or dementia. That the cars we drive and the goods we buy won’t harm the environment to such an extent that we won’t even be able to breathe without poisoning ourselves. That one day, that the way we treat other people, including entire nations, won’t come back to haunt us.

When we look out there – it is a world of Maya – or illusions which reflect our most deeply held beliefs – the ones we don’t want to admit to – the beautiful, the ugly, the selfish and the depraved, and yes, even the wise. We know the Truth very profoundly, but it is like excavating an archeological wonder, to slowly find the reality of an entire civilization or the wonder of a people who were more advanced than we consider ourselves to be now. What things remain hidden!

“Power always thinks it has a great soul and vast views beyond the comprehension of the weak.” ~ John Adams

The whistleblowers of our time are also a projection of our longing to finally see the Truth. We can’t fix a planet without seeing it for what it truly is. Just as a disease is often fixed with the accoutrements of modern medicine, but more truly through a healing crisis which often includes some pretty heavy emotional upheaval – years of suppressed anger, fear, greed, sadness, etc. – our world is experiencing a ‘healing’ crisis. As one writer in the New York Times recently commented with regard to healing, “After nearly a century stuck on the side of the body, the pendulum has recently cut a wide arc toward the mind.” I’ll amend this statement a bit ,though, and say the pendulum has swung toward consciousness – because awareness extends beyond the mind.

Whistleblowers fear being ridiculed and jailed – again a projection of our collective consciousness – because WE fear being ridiculed and imprisoned in our own delusion. The first thing we can do as seekers of Truth is to look at our own darkness – there is no better way to put it. False power believes it can delude everyone because it deludes itself. Real power is Infinite in scope. It is slathered in, grounded in, supported by, wallowing in TRUTH.

Many people think seeking Truth is a religious task, or a political one, but it is the very basis of our nature. Behind conflicting viewpoints, ravaged economies, warring nations, genocidal scientists, and poisoned GMO apples, we are all very aware of what is at stake if we don’t speak out, wake up and BE Truth. I name the following radical changes that are coming about due to people speaking their Truths:

1.  Tyson Foods recently changed its cruel practice of growing piglets in gestational cages for mass consumption, due to activism.

2.  Military personnel are waking up, and exposing the practices of corrupt governments like never before. Look to this brave young woman, Kristen Meghan, exposing chemtrails for proof.

3.  While Monsanto has spent millions trying to defeat GMO labeling bills, cannabis is slowly being legalized throughout the nation. There are now 20 legal medical marijuana states and more to come. Cannabis is a known healer of epic repute. We have collectively decided to stop being bullied out of our health.

4.  Due to the Freedom of Information act in the UK, documents are revealing the true nature of vaccines.

5.  Disclosure concerning other life forms influencing our planet is imminent, and is already happening. Consider this recent bomb-shell. A huge L-shaped UFO has been spotted on the moon with NASA’s imaging systems and ‘accidentally’ posted on the Internet.

I could go on and on listing news of this ilk, and there is evidence in history as well… Gandhi didn’t just sit on his meditation cushion to keep his country from being taken over by British-rule. Non-violent civil disobedience is what a whistleblower does – it is what a Truth seeker does. Once you work through your own darkness and you start to see the Truth around you – share it. We are all waiting for you.

‘Accept the challenge to become a seeker of truth with a primary hypothesis to verify:Consciousness is all there is and I am part of that.”  –Maitreya Ishwara

Christina Sarich is a musician, yogi, humanitarian and freelance writer who channels many hours of studying Lao Tzu, Paramahansa Yogananda, Rob Brezny,  Miles Davis, and Tom Robbins into interesting tidbits to help you Wake up Your Sleepy Little Head, and See the Big Picture. Her blog is Yoga for the New World. Her latest book is Pharma Sutra: Healing the Body And Mind Through the Art of Yoga.