What is the Ether, Dark Matter, and Dark Energy?

What is the Ether, Dark Matter, and Dark Energy? 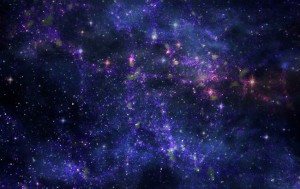 My understanding of the ether is that it is the invisible energy “substance” that exists behind the fabric of space-time. Every thought is manifested in the ether before it is manifested in the material world. The ether holds the Cosmos together and is the “space” where imaginary, past, present, and future information are stored. In other words, no one has discovered anything, because the thing that they “discovered” has already existed in the ether.

In certain occult teachings, the ether is known as the fifth element. In Sanskrit it is called Akasha, which is the essence of all things in the material world. Today, physicists call it “dark energy”. From the ether emerges the other elements, which are space (expansiveness and infinity), air (mobility), fire (temperature), water (fluidity), and earth (solidity). These five elements are not based on physical qualities but spiritual qualities. Because everything in the material world emerges from the ether, without it the material world will vanish into nothingness.

“The ether is a great cosmic mass of eternal forces of vibration. It is made up of both destructive vibrations and constructive vibrations. The space between the planets is very much alive, that it is the highest form of vibration known, the vibrations of THOUGHT. The Ether is all around us. We access the ether at will through thinking but some people can access it at higher levels… which we will discuss in the free e-book. When Alexander Graham Bell gave us the telephone, he hinted that it had been done before? “The old devices have been reinvented,” he observed. The Earth.

Beautiful earth in her majestic state when formed was nothing as it looks today… We can only now view the earth in the 3 dimensional frequency range but the earth has many dimensions. So now we have established that there was no missing link found simply because there is no such thing as a missing link.

All cultures began suddenly-and fully developed 6000 years ago. They did not rise to their peak. They were at their peak from the beginning.”

Our ancestors had access to the ether of thought and knew the answers to every question.
Every idea ever known to man is stored in the Ether, some call the AKASHIC RECORDS or the HEALA ARC EHEON.

Every thought are not our own. Every Inventor in history went with his bio plasmatic body attached to the silver cord and accessed these thoughts.

The inventor knew how to put all these ideas together piece by piece for the invention to come together. Also people in their sleep can acquire great ideas, inventions and mathematical and scientific blue prints that form these inventions.

Great writings are acquired in the same way. Before the deluge this was done so much easier than now as humanity was tuned in to higher frequency of consciousness a direct link to the intelligence source. So no one up to this day has ever discovered anything, just a rediscovery.

Think of the human mind like this: a state of the art computer with a hard drive having access to every possible infinite supply of software programs that’s never ever ending. …That’s the Ether…… The fabricated stories of alien spirits or channeling the dead are all communications of thought in the ether. Channelors channel thoughts from the ether. Every human brain communicates with Infinite Intelligence… but only a few know how to master it…

Explanation Of The Ether

What is Dark Matter and Dark Energy?