by Jessica Estepa, published on USA Today, on August 9, 2018

On Tuesday, the state House panel adopted articles of impeachment against all of its sitting justices: Chief Justice Margaret Workman, Justice Robin Davis, Justice Beth Walker and Justice Allen Loughry. Loughry was indicted in June for fraud, witness tampering and lying to investigators.

The articles charge the justices with maladministration, corruption, incompetency, neglect of duty and certain high crimes. 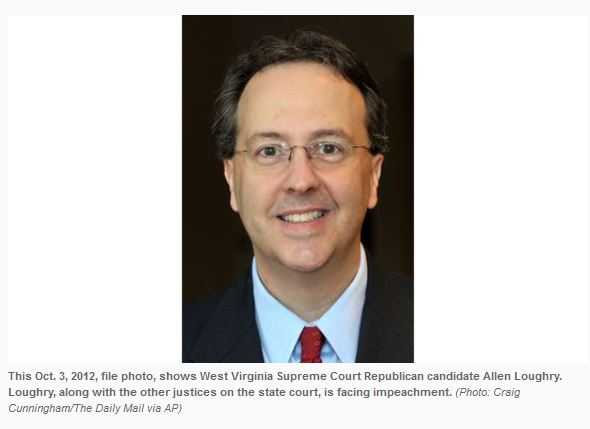 All of the justices have been accused of “unnecessary and lavish spending” for office remodeling and failing to properly execute court administrative policies. Davis, Workman and Loughry were also accused of paying retired senior status judges more than allowable by state law.

“It’s a sad day, and it certainly isn’t a cause for celebration,” Judiciary Chairman John Shott, a Republican, said Tuesday, according to the Charleston Gazette-Mail.

The articles now head to the state House. If approved, they then go the state Senate, where they would have to get two-thirds of the chamber’s votes to trigger impeachment trials.

Last month, Menis Ketchum resigned from the court, right before lawmakers began considering impeachment. Then, in a plea deal, Ketchum pleaded guilty to one count of wire fraud.