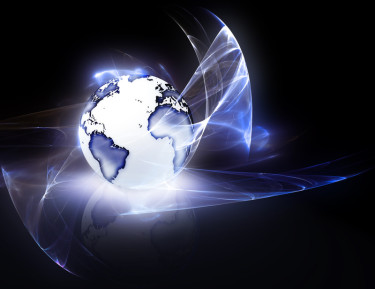 No more diluted evolutionary Ascension energies, no more deflecting them from directly hitting Earth and humanity caused by solar winds or anything else. It’s now straight-up, full force, full body and soul direct impact cosmic energies driving everything into greater evolution. Can you feel it? Of course you can, and it’s all getting increasingly surreal, wonderful, terrible and far more intense in NEW ways constantly. Surrender to it continuously. Live in an established state of intentional openness and transformation and the outlandish weirdness becomes much less strange. This is just where we are now and what we’re going through. There are no guidebooks or manuals for the Embodiment Process, for having more NEW Crystalline DNA activate in your physical body, or for physically living through the Separation of Worlds. Enjoy the ride for it’s a rare mystical one indeed.

The quote below is from Spaceweather.com, posted April 24, 2019.

It’s about to happen again.

Ground-based neutron monitors and high-altitude cosmic ray balloons are registering a new increase in cosmic rays. The Oulu neutron monitor in Finland, which has been making measurements since 1964, reports levels in April 2019 only percentage points below the Space Age maximum of 2009:

What’s going on? The answer is “Solar Minimum.” During the low phase of the 11-year solar cycle, the sun’s magnetic field and solar wind weaken. Cosmic rays find it easier to penetrate the inner solar system. In 2009, the sun experienced the deepest solar minimum in a century. Cosmic rays reaching Earth naturally surged.

Ten years later, solar minimum is back with renewed weakening of the sun’s magnetic field and the solar wind. Again, it’s a “perfect storm.” A panel of experts led by NOAA and NASA recently predicted that the current minimum would reach a nadir in late 2019 or 2020, likely matching the record-setting minimum of 2009. If they’re right, cosmic rays will continue to increase, with a new record possible in the near future.”  http://spaceweather.com/