We Have Sustainable Energy Technology – the Problem is the Oligarchy 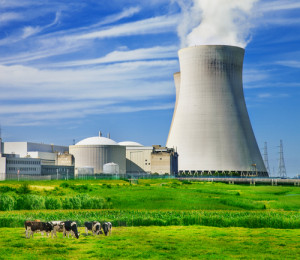 We Have Sustainable Energy Technology – the Problem is the Oligarchy

“I know that I know nothing” ~ Socrates

You can’t tell someone who knows everything, anything.

Inextricably linked to war and and disaster, the nuclear experimentation industry exemplifies every problem society has stubbornly manifest, only exaggerated and magnified beyond the pale. It causes social and environmental problems of the most hazardous and horrendous proportions, and the fact that we allow it appears to be the result of humanity’s collective mental problems. Our darker inner nature is destroying Mother Nature.

Some may argue that nuclear energy and nuclear weapons systems are separate. If nuclear experiment is peaceful why is it that nuclear nations make the most weapons?

We, humanity as a collective, have historically been more likely to confront than comfort; more willing to go to war and hinder than to be still or help one another. We, as individuals in our daily lives, are for all extents and purposes pretty much performing actions and reactions as actors in some play. Approaching the essence and quality of pretend time evident in a big group of kids, we are acting — and being unconscious of our reality.

At the root of this insistence on greatness, modernity and surety of industrial infrastructure (built and imagined) is certainly our tendencies toward violence rather than sitting still and considering or asking questions, and toward not considering the negative potentials. By ignoring potentials we ignore our reality. It is akin to ignoring the inevitability of our mortality. We do so because we do not want to shake our view, our status quo and perspective, for changing our perspective requires changing plans and addressing reality.

The nuclear and petrolithic eras have left so much wild environmental destruction, both by direct fuels and war machines, that they require a total reconsideration and alternation of perspective and plans. If we do not think, if we do not seriously consider, we are:

Take the example of the recent radiation leak in New Mexico at the Waste Isolation Pilot Plant (Pilot meaning experimental and Isolation now being a misnomer of wishful thinking). This latest disaster suggests the lack of imagination and comprehension in the nuclear industry, and illustrates the industry’s uncaring stupidity. Despite the ongoing failure of other nuclear plants, the energy industry that put the plutonium there assured us there would be no leak – as if they could predict Earth’s volatile future. It then proceeded to mine for natural gas in the area and may have caused the collapse of the storage facility, which is the likely cause of the radioactive release. I say ‘may have’ and ‘likely’ because, although the leaders of our energy systems can openly make predictions, they seem incapable of telling us what is happening today.

In short, we war for and with petrolithic and nuclear fuels that leave countless innocents either doomed or entombed.

We have energy systems available that do not require total destruction at every step, and there are more about to flood the energy arena.

We are not thinking consciously about the problem, but simply acting and reacting as we always have, supporting systems that benefit few at the expense of many.

We have the technology, the problem is the oligarchy.

To free our society from the nuclear and petrolithic wars we have collectively manifested, we must deal with our mental problems and finally face reality. We have to reform our energy systems into environmentally and socially sustainable infrastructures that benefit all and risk none. The alternative is no alternative at all. 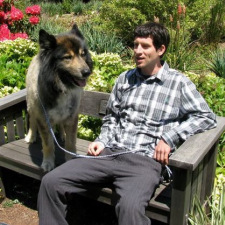 Ethan Indigo Smith is the newest member of Wake Up World’s team of Contributing Writers. Ethan was born on a farm in Maine and lived in Manhattan for a number of years before migrating west to Mendocino, California.

The events of September 11, 2001 inspired him to write his first book, The Complete Patriot’s Guide to Oligarchical Collectivism, an insightful exploration of history, philosophy and contemporary politics.