We ARE the ones we’ve been waiting for…

We ARE the ones we’ve been waiting for… 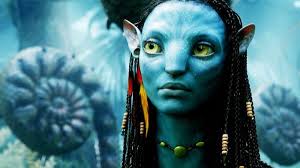 We are bombarded with information on the internet about tons of things.. refugees are all over the place.. and the world is in turmoil.. But things are changing… the falls flags are getting exposed almost immediately.. these days..

Some are advocating upcoming arrests and huge disclosure’s as well about crimes against humanity with military black ops budget as the backbone.

Some are waiting for UFO’s to come and save us (most UFO’S are man made since WWII funded by reverse engineering and military black budgets).

Some are waiting for the big RV (Revaluation of currencies to hit .. instigated by some Dragon Families from the East and the Bloodline families as well as BRICS ..).

Some are waiting for the financial crash since it was 7 years since last Schmittah. (They come in cycles… of 7 years and yes they are staged. When someone makes a profit when the majority makes losses.. well self evident.. ).

Some are waiting for another huge DISCLOSURE about our origin to hit the fan..

It’s almost like a huge loop.. where we tend to look at things outside ourselves instead of inwards.. and connect with our emotions..

Sophia Love spells it out nicely in her post The New Gods, click the text below with the excellent quote from her post to get to it..

These worlds we create are as real as the ones we read about in ancient texts.  The difference is, those dudes knew they were gods and someone wrote down what they did with that knowledge.

When science and religion merge I think we are home until then it be like small bubbles or islands of some sorts of awareness that will show the way for others.

There are few things in life that touches us humans so much than birth, illness and “death”. We are born in our vehicles to experience life within our imbodyment’s. We are so much more than we are taught!

A mom perceive that her child is hurt not  by seeing it but sensing something is wrong. How do you explain this? You can’t.

When you sometimes intuitively think of an individual that individual calls you!

You get a hunch to go right but you go left.. and stumble.. and fall.. ! Why did you not listen to your inner guidance?

The first organ that is developed is not your brain it’s your heart which is vastly more intelligent than we are learning in school. Heck they are even doing heart transplants today.. as well as 3D- printed limbs!

Let’s explore the movie Avatar a bit which is a treasure trove of vast data.. you have the indigenous people the NAV’I (naiv?) which can be translated to any indigenous people on Earth. We have Big Corp wanting to excavate the sacret lands of the NAV’I for precious resources.

We have the sacret connection between the natives, nature and the animal kingdom! We also have Big Corp that actually explores the natives way of living by putting a consciousness from a soldier Jake Sully with paralysed legs into an Avatar body.

Now Big Corp and their Mercenaries promises Jake new legs if he infiltrates properly in order to get the resourses they want! There are reasons why this movie hit home so well cause we have seen it all.. and know it all .. it was like a huge reminder about what we’ve been experiencing for thousands of years on Earth.

The tech of war has always been at the front.. and we’ve seen nothing yet.. !

Eventually Jake Sully’s Earth body transitiones into the Avatar body where he then remains.. interesting don’t you think?

What if a loved one who recently left their body came back to you.. in full strength alive as soldier Sully did in Avatar?

Now that would be a game changer.. we are actually shifting realites as we speak by creating with awarness NOW, I can personally attest to wast changes in my personal life that just can’t be made up.

We are the ones we’ve been waiting for!