WE ARE the Divine Change Makers!! WE ARE the Magic, the Grand Wizards, and it is Our Time!

WE ARE the Divine Change Makers!! WE ARE the Magic, the Grand Wizards, and it is Our Time! 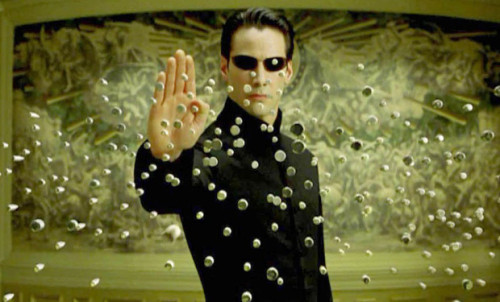 The first thing I want to do is celebrate the stand down at standing rock!!!  The people and earth won, at least, for now!!  No pipe running under the river, yippie!!  If those gathered on and around Standing Rock aren’t the out loud expression of perseverance, standing firm in your desires, no one is!  These beautiful people have had every obstacle thrown at them, pelted at them, and they stood firm and did not waver… and won!!

On this same amazing day called Dec. 4th, 2016, the final detail in my daughters change of life adventure came thru.  Her paternal sister is currently on the road with a big truck with an adjustable ball hitch is driving from Houston, Tx to California to tow the RV back to Austin, TV all my daughter has to do is pay for the gas and give her a tattoo!!  Yes, both my daughters are incredible tattoo artists!!

I even finished up the ET course that started earlier this year after months of delays!!

WE are, collectively, the ruby slippers.  The possessor IS omnipotent – more powerful than the perceived ‘Great and Powerful Oz’ or the powers that be right now.  We are One, We are United and we are freakin powerful, together.

I had non reading yesterday that thought me more about our power than I bargained for.  I had already read for my first lady of the day, so I knew I was on and functioning so I was surprised when i went to ETville and seen nothing.  I have already seen in the past few weeks where a reading was more important than an ET connection, but equally for some, the ET connection was more important than the reading, so I went into the office to do the reading, nuttin!!  Hey!!!  What the hell!!  I figured it has to be her and she must be in change, since for years now, when you are in the midst of nuclear change at the cell level outwards, I cannot see you until the change settles into form.  I had to assume this is was the state she was in, even tho saying it tasted like lie (and yes, non truth statements have a taste coming out of my mouth, bluck!! lol)  She had also told me that two friends were sitting there with her, and I have met all three of these ladies in person.  Actually we all hiked the Mesa in my former back yard in New Mexico together last year.  I KNOW these ladies and have read for all of them.

When I hung up the phone I was given the clarity of what and why I couldn’t see for her and it was nothing I ever heard of before.  The first thing my team said was her light was bent in too many direction to get an accurate read.  Huh???  What the hell does that mean??  For close to 16 years now, I could read you in any position you showed up, since I did not read from your physical energy body but your soul light.  You could be having sex and it would not skew what I was able to see and pick up.  Well, that was before our soul light bonded into one energy system with our body’s.  This really puts the full mantle of power in your hands, literally.  But it also changes when you are in physical connection with others of like frequency.  I went looking for an image that I was shown after I hung up and found a site that details more information:

“When waves pass through each other, they interfere, producing neat effects. Artist Gary Drostle harnesses the interference patterns as light passes through rippling water to create fish pond mosaics.

The first pond is Trompe L’oeil (left), a mosaic fishpond in Croydon, Surrey, while the later upgraded Deep Pond mosaic fishpond (right) is in Chiswick, London. Both use changes in colour to evoke the interference patterns traced by light passing through ripples on the surface of shallow water.

The bright white circles and curves, and the correspondingly darker shadows, trace the constructive interference of the water waves. Where the crests align with crests or troughs with troughs, these higher amplitude waves create more extreme concave or convex surfaces. The water waves act as lenses that refract the light more severely into patterns of sharper contrast. Destructive interference, where crests and troughs cancel out, leave patches of stillness on the water, allowing light to pass through without focusing or divergence.”
How I was shown the light being bent in too many direction was like the pond on the right of the image I embedded.  It changes its pattern, but also the details within the pattern.  When spirit says we are stronger together, holy heavens that has become seriously literal at the ground level!!!
Let me share some images from the movie “The Celestine Prophecy” to really detail what is happening thru us, now: 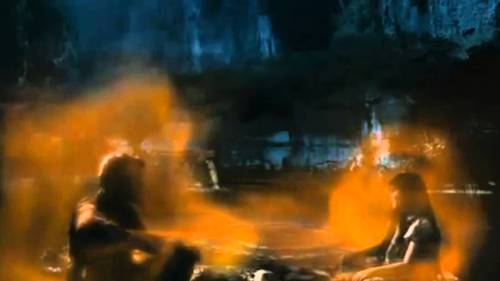 The above photo is sharing energy together.  The one below when we purposely use our field of light, in the movie it was becoming invisible to the army looking to get the people, but is so much more than that too:

And now that we are the ruby slippers, individually and collectively, when we gather at the ground level of Life, we are changing the ground level of life, even if we are just resting with our feet up!!  It all actually changes and enhances what we are capable of doing, together.
I really pissed and moaned about having to reschedule her, but my team said my body system is not year fully ready to channel in that type of dynamic energy…. yet.  I barely just came out of the upgrade shop now being able to see beyond what I had ever seen before, in the amplitude of reading those who ARE the ruby slippers, fully imbued with their soul powers.  But I now know too, as we move into 2017, the Emerald City, I will not only be able to read conjoined energy dynamics, but see the powers stored within as well.  YAY???
On a completely different note, thru my last appointment yesterday, reflecting that sometimes, a reading get hijacked by your ET friends, happens!!  My beautiful lady’s reading was completely hijacked by some determined to connect with her ET’s!!  What we all have to realize with our wonderful friends from the stars, that yes, they are high vibrational Beings, but they are not like your spirit guides at all.  They do not have access to unlimited information and understandings about you personally.  They are incarnate Beings like we are, only they have their vibrational shit together!! lol  But that is not really what I meant to share right now… another place was revealed, over the mediterranean sea is a super large diamond-shaped doorway to multiple universes.  And yes, there is a base beneath this water mass as well.  However, other than that HUGE diamond-shaped doorway into 4 (actually 5 to include earth) solar system universes… I am not sure about the purpose of that base… yet.
We truly are in magically, powerful, life changing, earth enhancing times BECAUSE we are Here!!  There really is no place like home, heaven on earth and we are clicking our heals together faster and faster!!!
Big big ((((HUGZ)))) filled with bending light and super changes all around to and thru the ALL of Us!!
Lisa Gawlas    www.mysoulcenter.com/bookreading.html