War on Cash intensifies: Citibank to stop accepting cash at some branches

War on Cash intensifies: Citibank to stop accepting cash at some branches

by Simon Black, published on Sovereign Man, on November 16, 2016 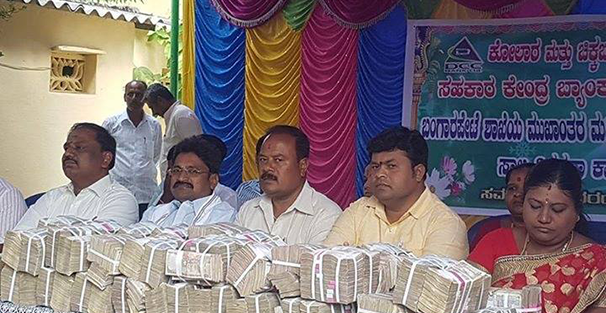 Less than a week after India’s surprise move to scrap its highest denomination cash notes, another front in the War on Cash has intensified down under in Australia.

Yesterday, banking giant UBS proposed that eliminating Australia’s $100 and $50 bills would be “good for the economy and good for the banks.”

(How convenient that a bank would propose something that’s good for banks!)

This isn’t the first time that the financial establishment has pushed for a cashless society in Australia (or anywhere else).

In September 2015, Australian bank Westpac published its “Cash Free Report”, suggesting that the country would become cashless by 2022.

In July 2016, Australian payments firm Tyro published an enormously self-serving blog post touting the benefits of a cashless society and saying, “it’s only a matter of time.”

Most notably, two days ago, Citibank (yes, THAT Citibank) announced that it was going cashless at some of its Australian branches.

The media and political establishments have chimed in as well.

In February of this year, the Sydney Morning Herald released a series of articles, some of which were written by officials from Australia’s Department of the Treasury, suggesting that eliminating cash will “save billions”, and that “moving to a cashless society is the next step for the Australian dollar”.

This is how it works.

The government, media, banks, and even academia have formed a single, unified chorus to push this idea out to consumers that “cashless” is good for everyone.

And it’s happening across the planet, from Australia to India to Europe to North America.

Going cashless probably will save a lot of money; paper currency is costly to transport in large quantities due to the need for security.

It’s also accurate to suggest that going cashless will be “good for the banks.”

As UBS pointed out yesterday, “de-monetizing” Australia’s $50 and $100 bills would force anyone holding those notes to deposit them back in the banking system.

Bank deposits would rise as a result, and consequently, so would bank profits.

Governments would benefit from a cashless society because all savings would be in the banking system, and they have full regulatory control over the banks.

This means that your politicians would have more control over your savings and fewer obstacles to impose capital controls or engage in Civil Asset Forfeiture.

Even policy wonk academics would have a rare opportunity to take their lousy theories and PhD dissertations for a test drive.

Everyone benefits from a cashless society… except for you.

For individuals, cash still has plenty of important advantages.

Cash is one of the few remaining options for financial privacy that doesn’t create a permanent record of every purchase or transaction you make.

It’s also an easy way to reduce your exposure to risks in the broader financial system.

Think about it– the banking system is full of institutions that never miss an opportunity to demonstrate they cannot be trusted with our money.

Hardly a month goes by without some major banking scandal; they’re caught colluding on exchange rates, manipulating interest rates, fraudulently establishing fake accounts without customer consent (and then charging us fees on top of that).

In addition, bank safety is far from certain.

In many banking systems across the world (especially in Europe right now), banks have precariously low levels of capital and are already suffering the effects of negative interest rates.

There’s also the fact that, the moment you make a deposit at a bank, it’s no longer your money. It becomes the bank’s money.

And they can do with it as they please, whether it’s freezing you out of your account or making idiotic investments with minimal reserve requirements.

You have no say in the matter.

As a bank depositor, you’re nothing more than an unsecured creditor of a financial institution which may or may not allow you to withdraw your own savings.

If you don’t believe me, take a trip down to your bank and ask to withdraw $25,000. See how quickly they treat you like a criminal terrorist.

Bottom line, conventional banking is not risk-free. And holding cash is one way to reduce that risk.

Cash essentially eliminates the middleman between you and your savings… at least, the portion of your savings that can be easily exchanged for goods and services in the economy.

Cash is a pitiful store of value over the long-term. Precious metals and other real assets are much better alternatives.

But we still can’t walk into Starbucks and pay for a cup of coffee with a quarter-ounce silver coin.

So until that day comes, cash remains an asset that you’ll want to hold.

Just make sure you don’t go overboard. The War on Cash is very real. So if you have more than a couple of months worth of living expenses, you’re taking on unnecessary risk.

As the case with India shows (see the photo), governments have no compunction about violating the public trust with immediate effect and without warning.

Do you have a Plan B?

If you live, work, bank, invest, own a business, and hold your assets all in just one country, you are putting all of your eggs in one basket.

You’re making a high-stakes bet that everything is going to be ok in that one country — forever.

All it would take is for the economy to tank, a natural disaster to hit, or the political system to go into turmoil and you could lose everything—your money, your assets, and possibly even your freedom.