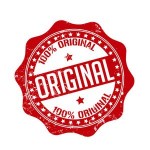 Hmm, been wanting to write you for months now, however as the universe has it, the TIMING was off. HAHA

Since you have as you stated in a video last year ‘its time to come into the light’ and expose not only yourself but everything EVERY THING that has been transpiring the past 20 years. You have so gently peeled back your layers to show us each human part of who you are. Not the quantum that you are but the liner human that you tend to BE in the NOW. This must not have been easy. You have family and children to protect and as the feminine you are, this must have taken a profound toll on the energy and BEING you are today.

I have patiently watched everything unfold this last year. I had a sense that timing as such changed because of the co-creative efforts of ALL of us, which kinda through you off a bit(not in a bad way) just in a way that you might say(well darn, I was not prepped for this) You have all your checks and balances in order, and even you were beyond joyed to see of much FASTER everything was unfolding because of us ALL consciously wanting freedom.

You have had so many attacks from every outlet, from us humans. From the ones who are frustrated, afraid, do not understand and are lost by what they are seeing unfold. I have to say myself, it’s daunting to read everything, and confusing. I empathize with those that are frustrated and think your just BSing everyone. I also ask them to take your time…whatever that time is for you….

I say to those that may read this, ask yourself WHY are you pointing that energy at Heather? Why are you co-creating those thoughts? It’s fairly simple. If you don’t understand all the legalese of all this(which I myself don’t as well) I look inside myself, and take a step back and I know…KNOW it’s correct, complicated, confusing, however correct.

Many people that understand banking and the current law have thrown daggers at you. Why? They think they are right, however if you keep reading and moving and going , you will see the LAW we thought was correct since civil war times, was actually corrupted by humans and non humans who are and were simply afraid.

I would also say to those reading this, lets say right now. Why would they have an ENTIRE Federal Prison on lock down….when Heather entered the establishment? Think about that? I am one not to tell people what to think or how to think but only to come to your end of the road conclusion on this.

Lastly(but not lastly) The TDDA accounts. It’s now very widely open and shown that theses accounts are real, and have been for many many many years. THUS the frustration from all of us who want to be released from the burden of paying a cell bill, utility, car payments mortgage..etc. I am WITH all of you on this, however I say this I NEVER blamed Heather or Randy when I attempted to use the accounts and got reversals. No blame here. IF those accounts where NOT real, why even listen them, why are there 1000’s of videos about it? Why even try? Why even talk about it. I’ll leave that to all of you. I will say this to those reading this. STOP blaming Heather and Randy for something YOU wanted to take action on. I always say this..’Take Responsibility for your own actions’!!!!!!