Volvo goes electric across the board

Volvo goes electric across the board 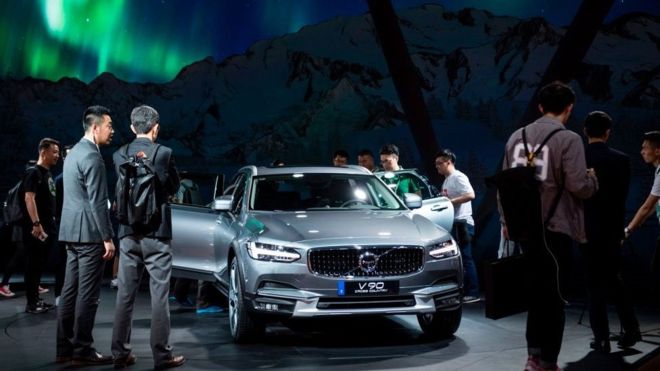 Carmaker Volvo has said all new models will have an electric motor from 2019.

The Chinese-owned firm, best known for its emphasis on driver safety, has become the first traditional carmaker to signal the end of the internal combustion engine.

It plans to launch five fully electric models between 2019 and 2021 and a range of hybrid models.

But it will still be manufacturing earlier models that have pure combustion engines.

Geely, Volvo’s Chinese owner, has been quietly pushing ahead with electric car development for more than a decade.

It now aims to sell one million electric cars by 2025.

“People increasingly demand electrified cars, and we want to respond to our customers’ current and future needs,” he said.

Volvo’s announcement sounds dramatic, but the reality is it simply reflects the direction much of the auto industry is travelling in.

The internal combustion engine is not dead – and won’t be for a while at least. It still offers a relatively cheap and well-proven means of getting around.

The problem is that emissions regulations are getting much tighter. From 2021, for example, carmakers in the EU will have to ensure that across their fleets, average CO2 output is no higher than 95g of CO2 per kilometre. That’s a lot lower than current levels.

Carmakers are reacting by developing fully-electric models. Some are already pretty impressive. But developing mass market cars that are affordable and have the right levels of performance is a research-intensive and expensive process, while persuading consumers to buy them in large numbers may also be time consuming.

In the meantime, hybridisation – fitting electric motors to cars which also have conventional engines – offers a convenient way to bring down emissions without harming performance. And there are plenty of different kinds of hybrid systems to choose from.

Volvo is making headlines, but other manufacturers are doing much the same kind of thing.

Tim Urquhart, principal analyst at IHS Automotive, said the move was a “clever sort of PR coup – it is a headline grabber”.

“It is not something that moves the goalposts hugely,” he said.

“Cars launched before that date [of 2019] will still have traditional combustion engines.

“The announcement is significant, and quite impressive, but only in a small way.”

It comes after US-based electric car firm Tesla announced on Sunday that it will start deliveries of its first mass-market car, the Model 3, at the end of the month.

Elon Musk, Tesla’s founder, said the company was on track to make 20,000 Model 3 cars a month by December.

His company’s rise has upset the traditional power balance of the US car industry.

Tesla, which makes no profits, now has a stock market value of $58bn, nearly one-quarter higher than that of Ford, one of the Detroit giants that has dominated the automotive scene for more than a century.