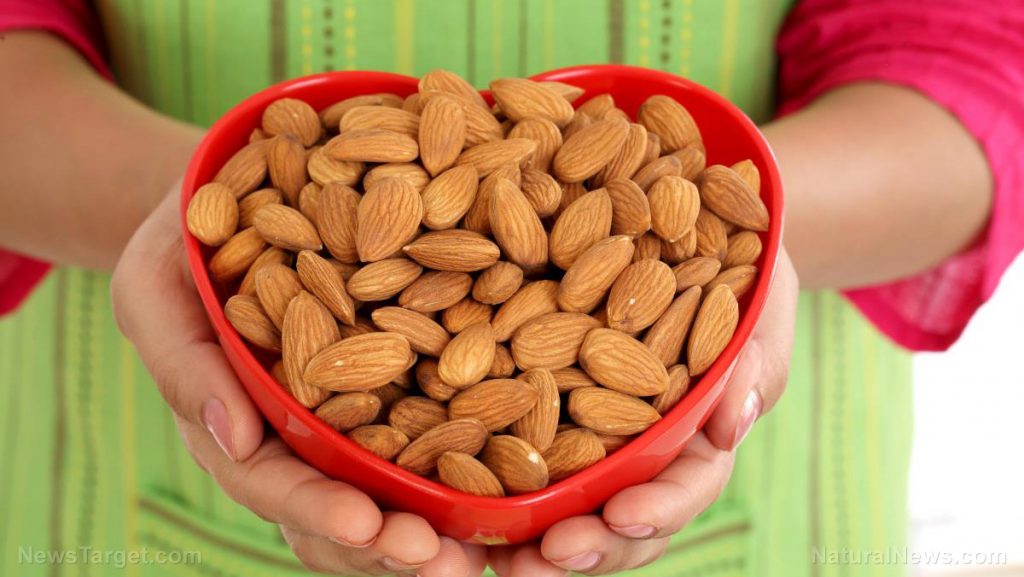 (Natural News) California-based researchers from the U.S. Department of Agriculture (USDA) are proud to present a plethora of renewable products from the discarded shells and hulls of almonds. According to an article by FastCompany, they’ve created bio-fuel, biodegradable plastic additives, and healthy almond sugar.

The researchers are looking for ways to use the billions of pounds of organic waste material produced by California’s almond orchards every year.

“For every pound of almonds we produce, we get two pounds of hulls. We’re always trying to figure out the best use of these,” says Danielle Veenstra, a farmer and member of the Almond Board of California.

Almond hulls are traditionally used as animal feed for cows. The shells serve as bedding material for livestock.

As California’s almond industry grew in size, the dairy industry declined, in part because almond milk competes with dairy milk. The loss of its primary customer hurt the market value of hulls and shells, forcing farmers and hullers to look for other ways to make money.

The obvious first step was to turn the hulls and shells into biofuel. USDA researcher Bill Orts explained that the materials could be burned in cogeneration power plants.

“At the lowest end of the value chain, you can put almost anything in a digester and make methane. You could compress them and almost treat them like coal,” Orts said.

Furthermore, the sugar that gives hulls their sweet scent could be extracted and turned into ethanol. Indeed, producing biofuel from almond hulls was the first idea of the Almond Board when it teamed up with the USDA research center in Berkeley, California.

The steep cost of building a biofuel plant plus the uncertain profitability deterred further development. Instead, the USDA looked at more profitable ways to use almond hulls and shells. (Related: 3 reasons why store-bought almond milk is a bad idea.)

Building on this earlier experience, the researchers used almond shells as the bio-base of a powdered additive. When added to recycled plastics or bio-plastics, the powder increases their strength and heat stability.

“A lot of plastic manufacturers want to use post-consumer recycled plastic, but it’s usually down-cycled. It’s usually a plastic that doesn’t have the stiffness or heat stability that they really want,” said Ort.

Furthermore, the almond-based powder turned the grey-colored recycled plastic into an even shade of black. The additive could potentially replace petroleum-based tire black.

Toast yourself with a drink made from almond sugar

Ort and his colleagues haven’t forgotten the sugar in almond hulls. They found a way to extract it for use in hard cider, beer, tea, and other drinks.

“You can make really bitter IPAs. There’s a market for that,” said Ort.

The USDA team also found a way to reduce the bitter flavor imparted by the hull. Samples of the almond sugar were sent to a major beer manufacturer, and the feedback is guiding their adjustments.

Almond sugar could offer a local and healthier alternative to corn syrup imported from the Midwest. And human consumers will not be the only ones who’ll be happy about that.

During winter, honeybees are fed corn syrup. According to Orts, the insect hates their emergency food because it’s unhealthy. Perhaps they will take to almond sugar better.

Even after giving up its sugar, the almond hulls remain useful. Researchers are testing its viability to grow mushrooms as an alternative to imported peat moss.

The Almond Board is also using hulls and shells as natural fertilizers that also repel insects.

1 Comment to “ USDA scientists are reusing discarded almond shells and hulls to create renewable products, from biodegradable plastics to biofuel”