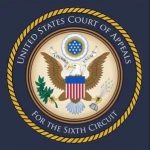 lol…reminds me of the case with judge culpepper 2011/2012, after he assisted me with refining the final version of
the deceptive acts and practices brief that 49 out of 50 states used to get the banks to do the 50 billion dollar
settlements during the mortgage fraud investigations, but before the case was concluded, if i remember correctly,
the other side, US BANK, offered his daughter a job on a saturday and he recused himself the next week…and
when i told his clerk that he didn’t need to recuse, that i would waive any arguments/claims for appeal on the
issue, she laughed and said, “Judge Culpepper said you would say that! I don’t know what’s going on, and one
day you will have to tell me, but Culpepper asks that you just let him recuse himself…he has done all he can.
Report to Chief Justice’s courtroom now.” I went there and met with US BANK’s attorney, based out of Seattle,
who just shook her head and chuckled (we had grown to have a mutual respect for each other by that time), and
she said, “This morning my firm announced we were closing/withdrawing from all our batch foreclosure
contracts…and did you see that all the other judges recused themselves from this case? Look…”…lol…sure
enough…every last judge in the court house had recused themselves, one after the other…the Chief Justice
couldn’t…I’ve never seen a man’s face get so red with anger before that…and that is a whole other story of fun we
did for another time 🙂

thanks for the update,
love you