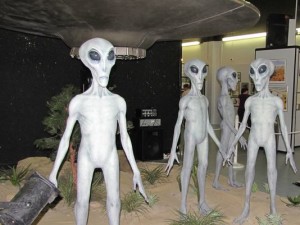 The fabled Project Blue Book, the Air Force’s files on UFO sightings and investigations, have tantalized and frustrated extraterrestrial enthusiasts for decades. But this past week, nearly 130,000 pages of declassified UFO records were put online. VPC

The truth is out there — now on the Web. The fabled Project Blue Book, the Air Force’s files on UFO sightings and investigations, have tantalized and frustrated extraterrestrial enthusiasts for decades. But this past week, nearly 130,000 pages of declassified UFO records — a trove that would make Agent Fox Mulder’s mouth water — were put online.

UFO enthusiast John Greenewald has spent nearly two decades filing Freedom of Information Act requests for the government’s files on UFOs and other phenomena. On Jan. 12, Greenewald posted the Blue Book files — as well as files on Blue Book’s 1940s-era predecessors, Project Sign and Project Grudge — on his online database, The Black Vault.

Project Blue Book was based at Wright-Patterson Air Force Base near Dayton, Ohio. Between 1947 and 1969, the Air Force recorded 12,618 sightings of strange phenomena — 701 of which remain “unidentified.”

According to a 1985 fact sheet from Wright-Patterson, posted online by the National Archives, the Air Force decided to discontinue UFO investigations after concluding that “no UFO reported, investigated and evaluated by the Air Force has ever given any indication of threat to our national security (and) there has been no evidence indicating that sightings categorized as ‘unidentified’ are extraterrestrial vehicles.”

Wright-Patterson also said the Air Force has not seen any evidence that suggesting the sightings “represent technological developments or principles beyond the range of present-day scientific knowledge.”

Skeptics smelled a whitewash. The private and now-defunct National Investigations Committee on Aerial Phenomena charged throughout the 1960s that the federal government was covering up what it knew about UFOs and pushed for congressional hearings.

The National Archives has made these files available to public on microfilm in its Washington headquarters. Parts of the Project Blue Book files previously have been posted online in various locations. But Greenewald said his webpage is the first time the complete files have been posted in PDF form in a searchable database.

The more than 10,000 cases include a 1950 incident at Holloman Air Force Base in Alamogordo, N.M., where an Air Force Office of Special Investigations agent reported a star-like craft that shifted from a bright white color to red and green as it moved erratically in several directions.

And in 1965, Air Force Maj. Jack Bond, the deputy for reconnaissance at the Directorate of Advanced Recon Planning, reported seeing an unidentified object moving in a sine wave pattern while on a flight out of Wright-Patterson.

Bond said the object strongly reflected the sunlight as it rose and appeared gray as it descended. It rose and fell three times at varying speeds before leveling off and accelerating away at more than 600 knots.

The investigator dismissed Bond’s observation as a mirage caused by the sun, because of the motion of Bond’s plane and the hazy atmospheric conditions.

One thing you won’t find online are records related to the alleged 1947 Roswell, N.M., incident, where conspiracy theorists maintain the military recovered a crashed alien spacecraft and its occupants.

But Roswell does pop up several times in the files. Several blurry photographs of lights in the sky were taken at Roswell in 1949. And in 1950, airmen there spotted a circular object 10 feet in diameter with a bluish-white color going fast at 8,000 feet and taking a sharp turn to the right.

The National Archives maintains it “has been unable to locate any documentation among the Project Blue Book records which discuss the 1947 incident in Roswell, N.M.”

But that is just what they would say, wouldn’t they? 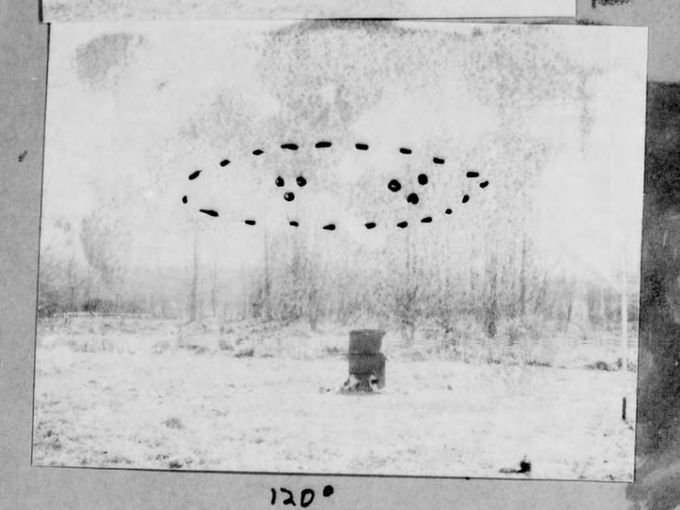