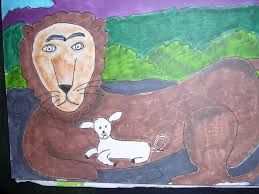 We have talked about all the templates that have been used for eons to “control”.  We’ve talked about all the methods and the plans within plans that have been used to keep the “people” dumbed down, living in a world of perpetual fear, under a veil of mind numbing domination.  We’ve spent years looking at the fraud and the frustration of a system that is so corrupt that many people have given up hope of ever escaping….

This is the purpose of this entire experiment that WE planned from the beginning:  For us to forget who WE ARE. To experience every aspect of separation and duality possible. To feel every single part of every possible perspective of perceived “light” or “dark”.  To SEE everything that has been “done” and experienced….. and then to move forward in UNITY to what IS- to what has always been NOW- although unseen – from the very beginning.

To experience is to kNOW.  To truly kNOW, you first have to experience.

We have played out these parts in the grand Separation Experiment so very very well.  We had forgotten that these roles were even roles.  Not just “us”, but even the “controllers” themselves.  The best part of all of this- the part that shows just how well the Absolute Plan has rolled out, oh so perfectly- is the fact that even those beings who thought they were NOT part of the experiment, those “eternals” and “angelics” and “ascended masters, and “galactics” who thought that they were above all of this, who thought that they were the directors of the play and NOT playing a role….. were actually playing a ROLE!!!

WE all began this experiment with full kNOWing, with full transparency, and with complete understanding.  WE ALL took on the roles necessary to create this experience of duality and separation.  WE came together, in all of our fractal roles, to play out this story, so that we could absolutely kNOW everything there is to kNOW about everything, every situation, every perspective, every reflection, every thought, feeling, action….

… and now that experiment and experience is over.  Just as it was planned from the very beginning.  Now we are waking up, we are remembing that we never actually forgot anything.  Not just “us” but also “them”.

Because there is no “them” or “their”, nor any “controllers”.

All of the perceived “we’s” of I AM that played the roles of “us” vs “them”, are

As “humans” on this grand chess board, we might feel angry or sad, enraged or despondent because of our perception that all of “this” has been done to “us”.  That we have no “control”, that we are “victims”…. that we should be “pitied” and “rescued” from this hell that we perceive our world has become. Our perception of this comes from the fact that we have not fully remembered who we BE.   But once you remember, it is as if you have never not kNOWn.  Because inside each and every perception of I, is the memory of who we BE. Of who we actually are and why we are HERE, NOW!

There is no separation.  There is no “us”.  There is no “them”.   All those BEings who are playing roles of “controller” or “Master” are playing out the final Act that shows ALL of the contrast of “light” and “dark”, of  perceived  separation that isn’t- the grand finale that spotlights the last breath of separation that never existed.  They may not remember that they are not actually controllers of anything…. but that doesn’t matter because the Absolute Plan IS being played out, exactly as it was planned. As We who are ONE planned right from the beginning.

It doesn’t matter, because it is ALL ONE.

We are all crossing the finish line together. No one is left behind, regardless of what role they played.