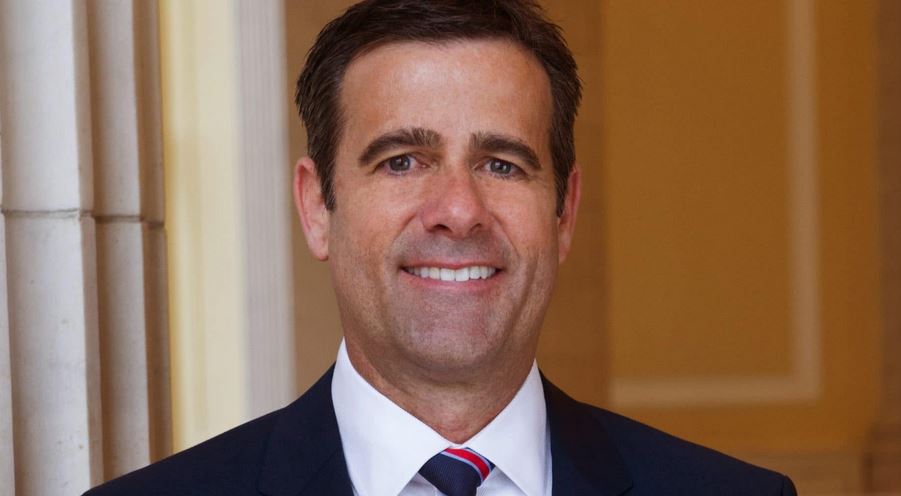 Director of National Intelligence John Ratcliffe, in a Monday morning interview with Fox Business’ Maria Bartiromo, said there is no U.S. intelligence linking the recent discovery of a laptop with incriminating information about Hunter Biden to a Russian disinformation effort.

Ratcliffe pushed back on claims the discovery of a laptop reportedly belonging to the son of Democratic presidential candidate Joe Biden’s son surfaced as a means of Russian disinformation efforts. The contents of the laptop, first reported by the New York Post, include emails that appear to show Hunter Biden arranged a meeting between his father and a top executive for Burisma, a Ukrainian energy firm whose board he sat on.

“It’s funny that some of the people who complain the most about intelligence being politicized are the ones politicizing the intelligence,” Ratcliffe said. “Unfortunately, it is Adam Schiff who said the intelligence community believes the Hunter Biden laptop and emails on it are part of a Russian disinformation campaign.”

Ratcliffe said, “Let me be clear: the intelligence community doesn’t believe that because there is no intelligence that supports that. And we have shared no intelligence with chairman Schiff, or any member of Congress that Hunter Biden’s laptop is part of some Russian disinformation campaign. It’s simply not true.”

According to the New York Post, Hunter Biden’s laptop was turned over to them after it was abandoned at a Delaware computer repair shop. The Post has gone on to write a series of articles about the contents of the laptop. In its first article, the Post reported one email written by Hunter Biden describes a meeting between his father and Vadym Pozharsky, an executive at the Ukrainian energy firm Burisma Holdings, on whose board Hunter Biden served.

Joe Biden has previously denied having had knowledge about his son’s business dealings, however, the Post’s reporting purports to show Pozharskyi, in April of 2015, thanking Hunter Biden for arranging a meeting between Pozharskyi and Hunter’s father, Joe Biden. The interaction described by the documents obtained by the Post came about eight months before then-Vice President Joe Biden called on Ukrainian President Petro Poroshenko to fire Prosecutor General Viktor Shokin, who was then tasked with investigating Burisma.

As vice president, Joe Biden was tasked with handling some Ukraine policies and in a 2018 video, Joe Biden described withholding a $1 billion loan guarantee in 2016, until Shokin was fired. Biden has denied a conflict of interest in Shokin’s firing and has said Shokin was fired over corruption concerns which were shared by the European Union.

The Post, in a subsequent article, reported an email appearing to describe Hunter Biden’s work with a Chinese energy firm, CEFC China Energy Co., in which his business partner James Gilliar described how to split the equity of a new company formed with his business partners, with 20 percent of the equity for “H,” possibly referencing Hunter Biden and “10 held by H for the big guy?”

It is unclear who the “big guy” is referring to in the email. In another email, Hunter writes, “Consulting fees is one piece of our income stream but the reason this proposal by the chairman was so much more interesting to me and my family is that we would also be partners inn [sic] the equity and profits of the JV’s [joint venture’s] investments.”

It is unclear which family members Hunter Biden is referring to in the email.

We know that this whole smear on Joe Biden comes from the Kremlin,” Schiff said in an interview with CNN Friday. “That’s been clear for well over a year now that they’ve been pushing this false narrative about this vice president and his son.”

CNN’s The Situation Room, tweeted, “Rep. Adam Schiff says he’s concerned that he hasn’t ‘gotten much from the intelligence community’ on Russia peddling disinformation. ‘At times, some of the leadership, like Director Ratcliffe, not been very forthcoming in terms of the intelligence on the Russian threat.’”

Rep. Adam Schiff says he’s concerned that he hasn’t “gotten much from the intelligence community” on Russia peddling disinformation.

“At times, some of the leadership, like Director Ratcliffe, not been very forthcoming in terms of the intelligence on the Russian threat.” pic.twitter.com/JhcVYlCgcf

Ratcliffe, in his comments Monday, suggested Schiff was promoting claims the laptop is Russian disinformation.

Ratcliffe did say the FBI is in possession of the laptop’s contents.

“The FBI has had possession of this,” he said. “Without commenting on any investigation that they may or may not have, their investigation is not centered around Russian disinformation and the intelligence community is not playing any role with respect to that.”