Updated: Sphere Alliance Message #33 On the Circumstances my Murder 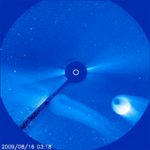 Updated: Sphere Alliance Message #33 On the Circumstances my Murder

This was a bit of a “holy fuck”! moment this morning to realize I had been murdered by an unnamed galactic agency or agent.  Fortunately Source had different plans for me.

The illness was very severe and caused a great deal of difficulty for my family, and the $350,000 medical bill required that I declare Chapter 7 bankruptcy in California. I was in ICU in Encinitas California for 30 days, and spent another 30 days in subacute care.  It took me a month of rehab to learn to feed myself and walk again (at first under oxygen support), and nearly two years of night-time oxygen support while I slept.   I have regained full health, I am living above 5000 feet in altitude and thriving… but I do still have scars on my legs above my ankles from the infection.

I was told it was MRSA but now I have doubts about that since they couldn’t culture the second occurrence in 2012 and determine what the cause was. Heather once told me MRSA was a military biological weapon.  Dani and Nick also came down with a different variety of MRSA about the same time period in Thailand.  It seems to be gone from me.

The Sphere Alliance writes below: “We do “BEG YOUR PARDON” as well as BEG A COLLECTIVE PARDON.”  [AK note to Galactics, “BEG YOUR PARDON” is probably a poor chose of english phrase as we commonly use that when we accidentally bump into someone, much like the French would say “excuse moi” I would in the future substitute “clemency” or “forgiveness”. “beg your pardon” will only infuriate English speakers as it feels much too casual for the context – but I know how it is for beings who are not native speakers of a language as I routinely butcher French, Italian and Spanish]

I must admit this news took me by surprise this morning.  But I did do my I Am Declaration last December and all is ONE.  I KNOW THIS TO BE TRUE.  I have chosen to live by this so that I can be the fullness of my being. I chose and choose PURE LOVE with no preconditions or exclusions.

I thought about these revelations below, and I had a moment of anger, for it was a VERY difficult experience.  Heather once told me the time it takes to transmute these kind of emotions is how every long we choose to experience. I choose to do it as the speed of heart.  I am choosing to view it in the larger light of this moment of NOW… I view it as an opportunity to TRANSMUTE these emotions for the collective of humanity, and perhaps that will take some of the sting out of it for the rest of humanity.  What others choose I do not know, but I know what I choose.

My reply to the beings or being responsible:

There is nothing to forgive.  All was done in pure love.  Without your actions I would not have escaped this body long enough to KNOW who I BE.  You empowered me beyond what you will ever know!  There is truth no death, only loss of inbodyment, and mine was only temporary.

Thanks to your act of contrast, which was not done in full consciousness, and perhaps it was done in the belief you were protecting your own loved ones and lifestyle.  Yet,it was done in such perfect precise timing that it boggles comprehension.  It needed to be done.  Because of this act I came to know I was completely and utterly loved by Source,  and I got a taste of being super-conscious, which has carried me through many difficult moments in recent years.  You took away my fear of death.   That is a great gift.  I lost everything, my life, my business, my wife.  I lost fear and gained love.

So rather than forgive you, there is in TRUTH nothing to forgive. I thank you for the gift you gave me unknowingly, and most of all I thank you for NOW stepping beyond your worst fears of retribution and judgement and for trusting Heather/Andreas/Michael/and names known and unknown enough to join the Alliance at this moment of NOW so that we may all end this nightmare of duality and return to ONENESS and love which is who all BEINGS BE.   See you at the party. I will give you a hug!

In PURE LOVE and Gratitude for ALL I Am.  Enjoy the WAVE!

My questions and their reply below:

You ask this: Please elaborate on the extractions/experiments/additions to the human vessel.

Extractions/Experiments/additions to the human vessel (s) has been in occurrence for nearly 30,000 years in our recent updated collection of DATA.  Yes, it appears to the HUMAN to be an intrusion/expulsion/heinous act; however, please do KNOW that ALL has been remedied by our recent transmissions which will be verified shortly.

We WILL NOT NOW REVEAL WHO/WHAT did/performed/perfected/applied actions to any/ALL EARTH VESSELS.  WE ALL TAKE RESPONSIBILITY NOW AS ONE, THE COLLECTIVE ALLIANCE OF SOURCE>

Are you referring to the vessel who goes by the name of BILL or humanity in general?

HUMANITY has been ‘constantly’ tested/probed/inspected/used/and experimented on.  THERE IS NOT ONE EM-BODY-MENT on EARTH that has not been “inspected”, “tested”, “used” in 3d, 4d, in form and not in form in physical, dream, meditation and in all aspects of IN-BODY-MENT!

BILL you were a particular SOURCE of INTEREST/INSPECTION, for it was known to us who you were.  You alluded to the ‘men in hoods’ they were employed by US [“US” as in unspecified Galactics – not U.S. as in the USA Govt] and we take FULL responsibility for ALL ACTIONS OF ALL INVOLVED IN ALL ASPECTS OF THIS EXPERIENCE FOR ALL OF HUMANITY!

[Men in hoods = Men in Black? Slightly confused by this reference. There were men in hoods who visited Heather’s grandmother when Loie was born, fearing that Loie was the one who would do what Heather did, when they looked down the time line of Loie’s life they saw that she did not do what they feared most – and they let Loie live – Loie has a very similar energetic signature to Heather and that was by design to hide Heather until it was time. The only way to hide an energy signature from beings who travel time lines and even change them, was to put a “duck decoy” in front of Heather that so closely matched Heather’s energy signature they could not see her until she awakened to who she was.  -AK]


AK: How many known times has the vessel known as Bill have experiments, extractions or additions made to it and what were they?

WE count to date of this Moment of NOW over 400 probes, experiments, extractions (we know SHE [?]  prefers ACCESS) but indeed it was EXTRACTION of DNA and other SOURCE Materials.

THESE experiences were done on EVERY ONE; EVERY HUMAN IN EARTH NOW and BEFORE.  MOSTLY painless; unseen; unobtrusive, in effect: not ever noticed.

When they said SHE prefers Access instead of extract, they were talking about Heather. The men in hoods referred to the experience of Heather’s grandma — they ‘showed’ me an image of several hooded characters and when one was looking down the timeline, he swung his hand in front of him much like the ZZ Top group does in their videos.  It was low, and slow and its head turned as the hand swept.

Hope you are well!  I woke with an intense headache.  Top of my crown is doing some final upgrades. Peace & JOY,Denice

From Denise this morning in a separate email she revealed this:

In June before we moved to Ocean Island Beach, my boys sat in the back yard and Dragon flies landed on them. I was able to have one land.  IT was HUGE!  It plucked an arm hair and lifted what looked like a helmet and stuck the hair just under, like at the neckline.  I kid you not.  It was so intensely weird!  -Denise

YES, the VESSEL [now referring to Denise] recalls seeing a “dragonfly” pluck a hair from her arm and inspect it!  YES! ONCE THAT DNA is internalized into our structure/infrastructure/quantum computer, it is available to ALL who have access.  SO DATA can be collected from a hair, a tooth, a drop of blood or other fluid, and so on.  SO MOSTLY in OBTRUSIVE!

AK: Was the illness I came down with [in 2008-2009]that resulted in my near death experience artificially introduced to cause my death?

WE ALL DID IT.

AK: Was the 2nd mystery illness that again afflicted my legs artificially induced?

BILL, this was actually an end result of the FIRST Experience.  Remember there is no time where we ARE and loops/quantum flux and other anomalies occur that can cause ‘collateral damage’ which WE also document and quantify.

AK: Doctors could not find any specific known pathogen nor could the culture it.  That illness came shortly after I compiled the lists of banker resignations.

YES, WE KNOW.  AND AGAIN SAY WITH LOVE AND JOY “WE ARE DONE AND WELCOME YOUR JOY TO RETURN FOR ALL OF US”

WITH COMPASSION AND LOVE YES MUCH REGRET> we say to you:

WE LOOK FORWARD TO YOUR NEXT TRANSMISSION.

UNTIL THEN: end transmission.