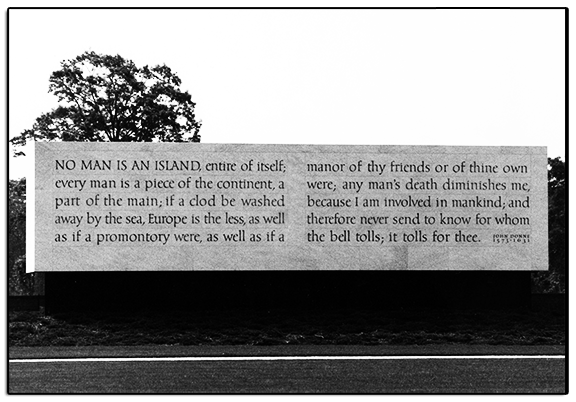 This summer has been an odd time. Amazing new insights, and the impatience with with what we still have to endure in this world.  People suffer.  Bills aren’t getting paid. That can’t be denied.  Can’t we get this over with already? What the fuck…another chemtrail?…another war?…another “deranged” killer shooting random people? False flags, black flags, pirate flags, fringe flags and parade flags.  Maybe we should just ban flags altogether?  Guns don’t kill, flags do! They separate! Flags separate people one from another.  This country loves flags and hates fags. But even they have a flag! TWEET!!!! EVERYONE OUT OF THE POOL!!!  Can you hear yourselves?
Frustration is being directed at those are making changes rather than the ones who cause the suffering.  That’s disbelieving you have the power to change your reality, when you get angry at those working to change theirs.
There’s Brinkmanship in economic, political and covert circles.  The ones who insist nothing has changed are working overtime to make sure it doesn’t.  The chess pieces in various realms trade moves. Agents infiltrate, tell fibs, sow discord, draw followers to economic, spiritual and political factions.  Same old template, polarize, divide, conquer. Pick your dogma, each has one. “Believe in me and I will set you free! And by the way, I read all your akashic records!”  How about believe in yourself and find the answers within? Its all there you know!
I was reading David Wilcock’s blog this week and something just jumped out at me.  Its what prompted me to write this article.  I don’t think David even realized what he wrote.  But its been popping up in my vision everywhere since like a crazed bouncing jack-in-the-box.  I love David Wilcock, but ever since he got spooked by a purported death threat (and what blogger in this field hasn’t had those?) he’s been off his game. I loved the Source Field Investigation book! Pure genius! Financial Tyranny was well researched, except for the part on primary market banking…  but this jumped out at me…

“LOVE WITH BOUNDARIES“….WHAT THE FUCK DAVID? DIDN’T YOU READ THE LAW OF ONE SERIES? 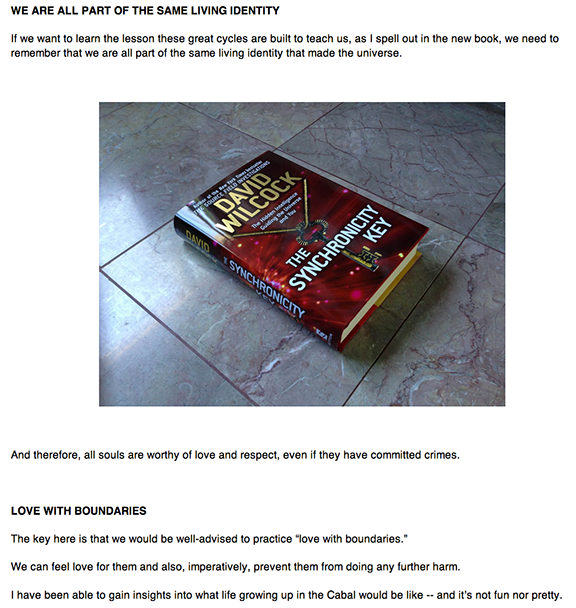 Wendell wrote:  I am working on a statement of unconditional. All sorts of things come to mind when tackling this. For instance, in Romans 12 [The Apostle] Paul makes a statement that combines an ethical component and a theological component. He is almost following the same pattern used by Jesus in Matt. 5, but in Paul’s case he is correcting something fundamental in the Jesus version. He does the very opposite of what Jesus did, or rather arrives at the opposite conclusion.

Jesus presented his radical new non-retaliatory ethic and then said- do this because this is what God is like (the ethical part based on theology). Paul follows the same pattern, establishing the ethic first- do not repay evil with evil- but then presents an entirely opposite theology- for God will repay. As if he is correcting Jesus in the second part, the most important part, the theological basis. And this pattern set by Paul becomes the Christian pattern still followed today. Two contradictory things combined.

Its as if Paul got the core teaching of Jesus, his core gospel in Matt.5, but then felt that he had to correct the fundamental error made by Jesus on theology. Jesus had overturned all past perception of deity. He had undermined all common sense perception of justice.

Note also that Paul says to repay the harm someone does with similar harm to them, is evil. It is wrong for us to do such evil. But God will do it for us. God will do evil in harming others who caused harm. And the harm that God does will be far worse than anything we can do. The evil God will do is far beyond any evil we can do. Huh? Paul just didn’t get it. He correctly stated that revenge, payback, retaliation was evil. But he didn’t get it that God was not evil. Pretty basic muddle, eh.

The Dutch theologian got it right in saying the God is far more humane than any human.

What my friend Wendell just uncovered was the justification the Church used, by claiming to be the Vicar for Christ,  of all the brutality in the name of God!  God will punish!  The line between God and God’s agents gets easily blurred in people’s minds!  Divine right of kings anyone?  Very clever indeed!  And we see this in thinking to this day.

Do you know what the limit on your BEING is?  Its not vibration level.  Its where your put your boundary of love.  Whom do you exclude?  Whom do deem worthy or unworthy of your love?   Do you withhold love from the homeless? The illegal immigrant from Mexico? What about that person who slipped their own deadline you desperately needed fulfilled to pay your bills? What about that cheap rat bastard boss who outsourced your job to India? Do you withhold love from the “CABAL”?  Its the ONLY hope they got! Otherwise they don’t find their way back home.

This was my reply to Wendell which I meant to put in this post yesterday but forgot:

Bravo Wendell!  Its all about limits.  Limits on what we think is possible (religion and conventional wisdom is great at limiting people…but then the great inventions and thoughts always come from the heretics!) , and the limits we experience have a lot to do with the limits we put on our love towards others….

I’m coming to see there’s a universal law in this, you could call it responsibility, but that’s kind of bass-ackwards way to think of it, when we cease to put limits (exclusions, partitions, polarizations, discriminations, ranks, hierarchies, priests, judgements) on others we automatically lose the limits on what our BEING is capable of DOING (physically, mentally, emotionally, spiritually)….

When you can remove the boundary on your love, you remove the limit on your BEING and DOING.   Its really as simple as that.  ALL THE UNIVERSE MOVES ASIDE FOR LOVE. FOR IT IS ALL MADE FROM LOVE.  Densities, dimensions, realms, are all constructs of beliefs and consensus of those that chose to play in the experimental playground of the illusion of separation. THERE IS ONLY the Creator Source and the living perceptions of Creator Source that inhabit its playground of universal mind.