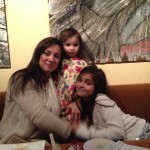 THis is the update on yesterday. i thought you might wanna know. There was  a trial for someone that was taking too long so the prosecutor and attorney continued the status hearing with the judge’s courtroom deputy without appearing in front of judge. They put an order for Eduardo to appear next month but supposedly  WITHOUT an order of force.  Alleged attorney James Marcus says there is no way to confirm what the email to the US Marshalls  reads.

I AM CONCERNED. He wants me to suspend the investigation on him from the ARDC (attorney registstration and discipinary committee). I had to ask him to call the prison and write a letter to the warden asking for proper medical diagnosis and examination from a doctor at a hospital for Eduardo and for restoration of visits, food  commissary email and such. He should have done this Sept 26th not November 7th at my insistence. Eduardo no longer chooses to contract with this attoreney and DOES NOT want me to suspend the investigation and I completely understand.  I pray for light and protection. I think nect  court was Dec 7th or 19th but not sure yet. We will check on Pacer, apparently the jail sent afraudulent letter to the judge trying to justify the attack by lying. I wish we did ot have to deal with these things.  Praying for freedom, safety, perseverance, joy and health.

Alleged case no 08 CR 00372 is to be heard in front of alleged presiding Judge James B. Zagel in his courtroom number 2503. Eduardo is involuntarily domiciled at the MCC Chicago at 71 W. Van Buren St in Chicago, Illinois. Despite having filed his declaration of Fact & Rebuttal on 9/25/13 to not accept any offers to contract past, present and future in this public matter of the Guild, we fear Eduardo will again most likely be forced to go to this alleged court. As took place on September 26, 2013 Eduardo was the victim of a barbaric attack and inhumane treatment by a 10-15 swat team of MCC guards, US Marshalls, warden Kuta, Captain Salas and other officers at the prison. The order from alleged Judge Zagel to bring Eduardo into court, “even if defendant refuses” was to use “reasonable force” but instead they executed a deliberate & horrific beating

Eduardo suffered internal damage, broken bones, and blood during urination, radiating pain and numbness from shoulder down to fingertips, loss of consciousness and intolerable pain. He was brought into court in a wheel chair with visible black and red marks on his face and arms. And was refused proper professional medical care and attention, x rays and even pain management, all which has been denied by MCC senior attorney Standefor Mallott and an anonymous responder from the admin.

Requests for copy of the video taping of this beating and photos taken of his injuries upon return to MCC post court appearance were denied stating they are a matter of security and we are told to submit a FOIA request.

All the family’s pleas, grievance letters & requests for proper medical care/hospitalization, restoration of visitation rights, food commissary, phone, email and other sustenance have still not been restored.

Alleged attorney James Marcus is still on the case. Violation of 6th, 8th, 14th amendments and other violations of ineffective counsel have not been heard.

The family asks that you please hold the energy for Eduardo, particularly tomorrow so that he is safe and protected, especially while he still has not recovered from the initial attack.

We ask that you witness what happens to Eduardo from this moment on so that he is vindicated. Please send the courtesy notices and freedom flyers and cc Eduardo’s fiancé at apartalis@gmail.com We, part of the one people, thank you in advance for your love and support.