Update 8/18/2015 – CLEARANCE OF ENTITIES AND UNLOCKING OF THE VEIL OF CONSCIOUSNESS.

Update 8/18/2015 – CLEARANCE OF ENTITIES AND UNLOCKING OF THE VEIL OF CONSCIOUSNESS. 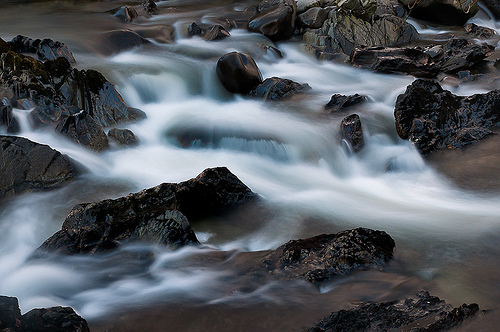 Just a quick update, we released the key to the veil of consciousness August 8th.  The Sphere Alliance told me I had it… what Heather calls the “car key fob” from the beginning of the “WHAT IF experiment”. I had no idea how to access it as I buried myself so deep into 3D,  I came here to the Earth from the Pleiadian Ashtar Command (recently renamed Ashtar Alliance which is part of the Sphere Alliance of Source). My 5D embodiment is Ashtar Sherran (my 3d in-bodyment is known to the Pleiadians as Ashtar Terran) among the Pleiadians, and Commander Thorac/Thor among the Andromedans (and yes there is a hammer and it will be put in a museum).

This region of the Alps in Italy is where I first entered the Earth uncounted aeons ago… even the Galactics can’t tell me how long ago it was due to time loops and time line manipulations by various groups over the aeons (and probably a bit of Montauk too)…. But the area has spurred many ancient rememberings… and that continues to unfold with the aid of the Sphere Alliance’s databases and researchers.

Heather, two witnesses and myself went to a nearby rock in the alps that we call the “Portal”… its a gateway between two stone walls and a large boulder behind it…. on the edge of a cliff.   Heather has always works with FEELING and PURE LOVE, so she held my arms and took me back to the beginning to feel the emotion when the first 11 from Source kicked this all off…. to expand all of  I Am…  And then this image came to mind which I released and it expanded up into all infinity.  Talk about losing the car keys… sheesh! LOL!!!  This was the sort of project on the earth where the 3 who kicked it off had to experience it….

Since then we have had 7 days of electrical storms as the realms start realigning the magnetics in the quantum.  Its been stormy for a good 10 days total. One night got so severe the stone building we are in was arcing like an experiment Tesla’s laboratory.  Shorted out one of the DSL routers to the house I am in.  Currently running on cable to another house… NEVER HAVE I WITNESSED LIGHTENING LIKE THIS!

We have a sphere shaped cloud currently rotating the premises and and it seems to alternate between a sphere and a ring with sunlight at the top.    We believe this is the SPHERE HORIZON coming into density.   The realms are uniting.  More about that later…. so much data to go thru…

Prior to the 8th several major events transpired in the Quantum…. this is a summary including one event that occurred in spring of 2013 prior to the first trip to Tangier….

The DEPARTURE of a trio of imposter beings who harvested the worship energy of this planet and posed as “God/Source/Prime Creator” in separation hierarchy consciousness…. all three were offered ONENESS  in I AM and PURE LOVE, only one accepted.

APRIL 2013 GP What we code-name GP for the color of clothes he likes  – Voluntarily went to the sidelines in April 2013 after about 7 of us has a little chat.  He is awaiting the SHOW and PARTY. Many bogus channelings stopped overnight,  the disinfo channeling never did return to the level the were prior to that time.  GP had at least 50 in-bodyments in 3D, 4D and 5D and could move through them very rapidly.  He posed as numerous Ascended Masters and Angels, usually to give pronouncements about banking.

AUGUST 4, 2015 THE POSEUR – A being with a rather demanding “king-ish” attitude.  Returned to Eternal Essence in PURE LOVE to be reformed in a new in-bodyment with all memory and trace erased.  Witnessed by SOURCE FOURCE, and confirmed separately by Galactics and Sophia Love.

AUGUST 5, 2015 THE DEMIURGE –  A group consciousness of hundreds of beings within a protective shell,  in composite looked like a disco ball of LED lights, once released appeared as a swarm of blue fire flies.  When flooded with PURE LOVE dissolved and vanished from view. Unable or unwilling to adapt to PURE LOVE frequencies. Returned to Eternal Essence in PURE LOVE to be reformed in a new in-bodyment with all memory and trace erased.  Witnessed by SOURCE FOURCE, and confirmed separately by Galactics and Sophia Love.

DECEMBER 2014 – LUCIEL – The thought form being of light and controlled opposition decoy  to keep the “dark ones” contained with a false polarity within ONENESS has been decommissioned by Source Force.  No longer active and needed to play that role. Best described as a “robot of light”. It appears to have shut down like a machine. Witnessed by SOURCE FOURCE. Awaiting confirmation by the Sphere Alliance (that resource was not available in Dec.)

Numerous other unnamed beings in lessor roles  returned to Source Essence in Pure Love for reissue of energy in a new form and consciousness.  The only “weapon” used was PURE LOVE frequency.

Numerous other “BEINGS OF CONTRAST” have retreated to sidelines and decided to ACCEPT PURE LOVE and ONENESS of I AM.

Remaining entities, a lustful energy known as BAPAK (of Swissindo fame) attached to BILL CLINTON, and one slightly dangerous but contained entity attached to NETANYAHU. These may have been cleared by now, awaiting word today from the Sphere Alliance…

Some minor entities remain and are being dealt with by both the Sphere Alliance and Ground Crew.  These are more nuisance entities from 5D… one very frightened slug like being who lost his superiors and likes to talk about AI and scare people via very pure hearted humans, and another one who has taken over the role of the RV and re-phoenix-ing the slavery systems after Dr Todd / RA gave up that role and retreated to the Orion section of the Sphere Alliance to await the SHOW. Thoth has conceded as well and is on the sideline awaiting the Show.  Congratulations to Dr Todd/Ra and Thoth for making the right decision.  The Status of Horus is unknown.

Some of Source Fource took on the job of exposing some major hidden entities under very difficult circumstances of which they are not entirely yet aware…. but soon will be…. our thanks to them and we have always loved you!  ♥

PS: I have a mountain of data to post, some of it may be revealed at the SHOW rather than on the blog.   I will do the best I can with the avalanche of data, some of which is private to certain persons and for their knowledge only.  Good deal of material to go through. I have never seen such reliable data.   The Sphere Alliance has identified 11 of the First Source energies, one they mis-identified, but they’ll find him…  They never had access to the Creation Records before… 😉

1 Comment to “ Update 8/18/2015 – CLEARANCE OF ENTITIES AND UNLOCKING OF THE VEIL OF CONSCIOUSNESS.”