#UNIVERSALCLEANUP: Q- but Nothing is Happening….. How about a nice game of chess? 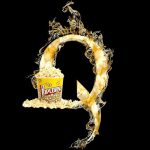 #UNIVERSALCLEANUP: Q- but Nothing is Happening….. How about a nice game of chess?

RE: play a game of chesQ

I wonder if the Sr. V.P. Fed Res NY, Sean O’Malley, regrets throwing the OIG (first at Fed Red NY, and then Chicago) under the bus…

…and to those in Knox, TN, that are just experiencing their “oh god!” moments at all that was really done there… 😉

p.s. judy jandora, bill, and i spoke about the “military base morocco doing” done soooooooo long agao, that finally dropped into experience of all that is…i thank all for putting in all they be…as i was walking around the compound the other morning, i laughed out loud in humor and awe at the brilliance and heartitude, let alone the wileyness, of all …”we got this” taken to the eternal “we all ways always had this”…lol…the compassion is not hard at all to flow out when you see the limits overcome by each …i am in complete gratitude and love <3

2 Comments to “ #UNIVERSALCLEANUP: Q- but Nothing is Happening….. How about a nice game of chess?”