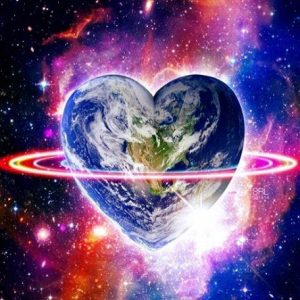 july had them looking up in the sky… dreading the drop of the hammer…ALL gve them the heart instead 😉 … gentle, yet firm and steadfast… MAGA… MEGA…. HOOO-RAH <3

~ how fabulous was yellen’s meeting with TN Senator Lamar Alexander on july 27, 2017 (9:30 am est)… or did they think they were JUDICIOUSLY preventing “nuclear meltdowns”, fallout of all various “currencies”?… easy peasy chineasy???… usaa/varlan/shirley/bivens/mueller/McAllen crew to the McCabe crew… et. al.??? … new nuclear processing plant???

~ did Mr. Tharman Shanmugaratnum, deputy prime minister of SING-a-poor, dance to the d. c. news, “IDENTIFIED”, during his call with yellen july 27, 2017 @ 10:30 am est?… or did he truly sway to the rHythm of the cosmic symphony that ALL transmit?

… yellen’s other july 2017 honorable mentions? : ivanka, all frb presidents (phone did not stop ringing on the 20th… lol), FOMC, Mnuchin, Financial Stability Oversight Council Principals… she was a busy lady… and i am very grateful for all her doings to hyper-accelerate ALL <3

thank u bz
thank u all

miracles unbound and astound in completion

From Wikipedia, the free encyclopedia

This article is about the city-state. For other uses, see Singapore (disambiguation).

listen)), officially the Republic of Singapore, is a sovereign city-state and island country in Southeast Asia. It lies one degree (137 kilometres or 85 miles) north of the equator, at the southern tip of the Malay Peninsula, with Indonesia‘s Riau Islands to the south and Peninsular Malaysia to the north. Singapore’s territory consists of one main island along with 62 other islets. Since independence, extensive land reclamation has increased its total size by 23% (130 square kilometres or 50 square miles).

Stamford Raffles founded colonial Singapore in 1819 as a trading post of the British East India Company; after the latter’s collapse in 1858, the islands were ceded to the British Raj as a crown colony. During the Second World War, Singapore was occupied by Japan. It gained independence from the UK in 1963 by federating with other former British territories to form Malaysia, but separated two years later over ideological differences, becoming a sovereign nation in 1965. After early years of turbulence and despite lacking natural resources and a hinterland, the nation developed rapidly as an Asian Tiger economy, based on external trade and its workforce.

Singapore is a global commerce, finance and transport hub. Its standings include: the most “technology-ready” nation (WEF), top International-meetings city (UIA), city with “best investment potential” (BERI), third-most competitive country, third-largest foreign exchange market, third-largest financial centre, third-largest oil refining and trading centre and the second-busiest container port. The country has also been identified as a tax haven. In 2018 the Economist Intelligence Unit (EIU) ranked Singapore for the fifth year in a row as the most expensive city to live in the world.[8]

Singapore ranks 5th on the UN Human Development Index and the 3rd highest GDP per capita. It is ranked highly in education, healthcare, life expectancy, quality of life, personal safety and housing. In 2018, Singaporean citizens had visa-free or visa-on-arrival access to 180 countries and territories, ranking the Singapore passport first in the world.[9] Although income inequality is high, 90% of homes are owner-occupied. 38% of Singapore’s 5.6 million residents are permanent residents and other foreign nationals. There are four official languages: English (common and first language), Malay, Mandarin and Tamil; almost all Singaporeans are bilingual.

Singapore is a unitary multiparty parliamentary republic, with a Westminster system of unicameral parliamentary government. The People’s Action Party has won every election since self-government in 1959. The dominance of the PAP, coupled with a low level of press freedom and restrictions on civil liberties and political rights, has led to Singapore being classified by the Economist Intelligence Unit as a flawed democracy. One of the five founding members of ASEAN, Singapore is also the host of the Asia-Pacific Economic Cooperation (APEC) Secretariat and a member of the East Asia Summit, Non-Aligned Movement and the Commonwealth of Nations.