#UNIVERSALCLEANUP: Executive Order Regarding the Establishment of the Task Force on Market Integrity and Consumer Fraud 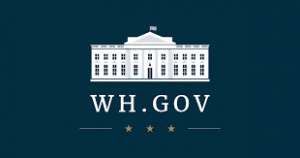 By the authority vested in me as President by the Constitution and the laws of the United States of America, and in order to strengthen the efforts of the Department of Justice and Federal, State, local, and tribal agencies to investigate and prosecute crimes of fraud committed against the U.S. Government or the American people, recover the proceeds of such crimes, and ensure just and effective punishment of those who perpetrate crimes of fraud, it is hereby ordered as follows:

Section 1.  Establishment.  The Attorney General shall establish within the Department of Justice a Task Force on Market Integrity and Consumer Fraud (Task Force).

Sec. 2.  Membership and Operation.  (a)  The Task Force shall include the following members:

(i)     the Deputy Attorney General, who shall serve as the Chair;

(ii)    the Associate Attorney General, who shall serve as the Vice Chair;

(vii)   the Director of the Federal Bureau of Investigation;

(viii)  United States Attorneys designated by the Attorney General; and

(ix)    such other officers or employees of the Department of Justice as the Attorney General may from time to time designate.

(a)  the Secretary of the Treasury;

(b)  the Secretary of Defense;

(c)  the Secretary of Health and Human Services;

(d)  the Secretary of Housing and Urban Development;

(e)  the Secretary of Energy;

(f)  the Secretary of Education;

(g)  the Secretary of Veterans Affairs;

(h)  the Secretary of Homeland Security;

(j)  the Chairman of the Board of Governors of the Federal Reserve System;

(k)  the Commissioner of Social Security;

(l)  the Administrator of the United States Agency for International Development;

(m)  the Director of the Bureau of Consumer Financial Protection;

(n)  the Chairman of the Federal Trade Commission;

(o)  the Chairman of the Securities and Exchange Commission;

(p)  the Administrator of General Services;

(q)  the Chairman of the National Credit Union Administration;

(r)  the Chairman of the Commodity Futures Trading Commission;

(s)  the Chairperson of the Board of Directors of the Federal Deposit Insurance Corporation;

(t)  the Director of the Federal Housing Finance Agency;

(u)  the Comptroller of the Currency; and

Sec. 4.  Functions.  Consistent with the authorities assigned to the Attorney General by law, and other applicable law, the Task Force shall:

(a)  provide guidance for the investigation and prosecution of cases involving fraud on the government, the financial markets, and consumers, including cyber-fraud and other fraud targeting the elderly, service members and veterans, and other members of the public; procurement and grant fraud; securities and commodities fraud, as well as other corporate fraud, with particular attention to fraud affecting the general public; digital currency fraud; money laundering, including the recovery of proceeds; health care fraud; tax fraud; and other financial crimes;

(b)  provide recommendations to the Attorney General on fraud enforcement initiatives across the Department of Justice and on any matters the Task Force determines from time to time to be important in the investigation and prosecution of fraud and other financial crimes; and

(c)  make recommendations to the President, through the Attorney General for:

(i)    action to enhance cooperation among agencies in the investigation and prosecution of fraud and other financial crimes;

(ii)   action to enhance cooperation among Federal, State, local, and tribal authorities in connection with the detection, investigation, and prosecution of fraud and other financial crimes; and

(iii)  changes in rules, regulations, or policy, or recommendations to the Congress regarding legislative measures, to improve the effective investigation and prosecution of fraud and other financial crimes.

Sec. 5.  General Provisions.  (a)  Nothing in this order shall be construed to impair or otherwise affect:

(i)   the authority granted by law to an executive department or agency, or the head thereof; or

(ii)  the functions of the Director of the Office of Management and Budget relating to budgetary, administrative, or legislative proposals.

(c)  This order shall be implemented consistent with applicable law and subject to the availability of appropriations.

(d)This order is not intended to, and does not, create any right or benefit, substantive or procedural, enforceable at law or in equity by any party against the United States, its departments, agencies, or entities, its officers, employees, or agents, or any other person.

Sec. 6.  Termination.  The Task Force shall terminate when directed by the President or, with the approval of the President, by the Attorney General.

6 Comments to “ #UNIVERSALCLEANUP: Executive Order Regarding the Establishment of the Task Force on Market Integrity and Consumer Fraud”