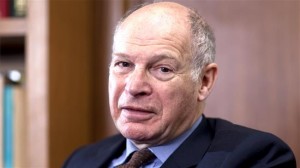 The UK Supreme Court, which has heard a landmark case to decide whether the government can trigger the process of Britain’s exit from the European Union without the parliament’s approval, says it will not overturn the result of the Brexit referendum.

In closing remarks at the end of a four-day hearing, Supreme Court President David Neuberger said on Thursday the court will announce its ruling on the Brexit legal challenge as soon as possible.

The country’s highest judicial body began the hearing about a government appeal against last month’s High Court ruling that only the parliament has the authority to trigger Article 50 of the Lisbon Treaty to begin the Brexit process on Monday.

Neuberger said the case is only focused on the process of leaving the EU. “We are not being asked to overturn the result of the EU referendum. The ultimate question in this case concerns the process by which that result can lawfully be brought into effect.”

“As we have heard, that question raises important constitutional issues, and we will now take time to ensure that the many arguments which have been presented to us orally and in writing are given full and proper consideration,” Neuberger stated.

The legal battle is over a government appeal on whether Prime Minister Theresa May can trigger the formal process to leave the European Union without the parliament’s approval under Article 50. 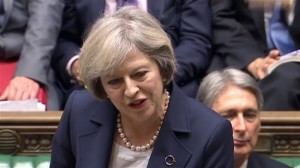 The Supreme Court is expected to deliver its judgment before the end of January. If the court upholds the High Court’s ruling, that could disrupt May’s planned timetable for invoking Article 50 by March and derail the government’s wider Brexit plans.

Once Article 50 is triggered by an EU member state, there is a two-year time limit to complete negotiations. If negotiations fail to reach agreement, the member state leaves the bloc with nothing.

May has said she will give formal notification of Britain’s departure in March — – a timetable that was backed overwhelmingly by MPs in the House of Commons on Wednesday night.

James Eadie QC, the government’s top lawyer, argued on Thursday that ministers have the authority to trigger Brexit.

He said the House of Commons vote held on Wednesday that backed leaving the EU was “legally relevant” to the complex case, adding it was significant as the Commons vote “indicated its view and has done so clearly.” 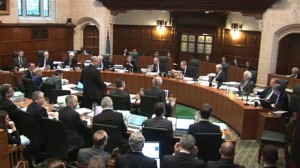 “The country voted to leave the European Union, in a referendum approved by an act of parliament. The government has argued throughout that no further act of parliament is needed to begin the process of leaving the EU,” he stated. “The judges will now decide if they agree.”

The case is the most high-profile one the UK Supreme Court has considered since it was established in 2009.

If the government wins the case, May can proceed with her plans to invoke Article 50 by the end of March.

If the government loses, the parliament could in theory block Brexit, though few legal experts expect such an outcome and think lawmakers would only open the process to greater scrutiny and delay.

In a landmark referendum held on June 23, nearly 52 percent of British voters, amounting to more than 17 million citizens, opted to leave the EU, a decision that sent shock waves throughout the world.