This is an interesting document found on a UK legislative registry (http://www.legislation.gov.uk. ) 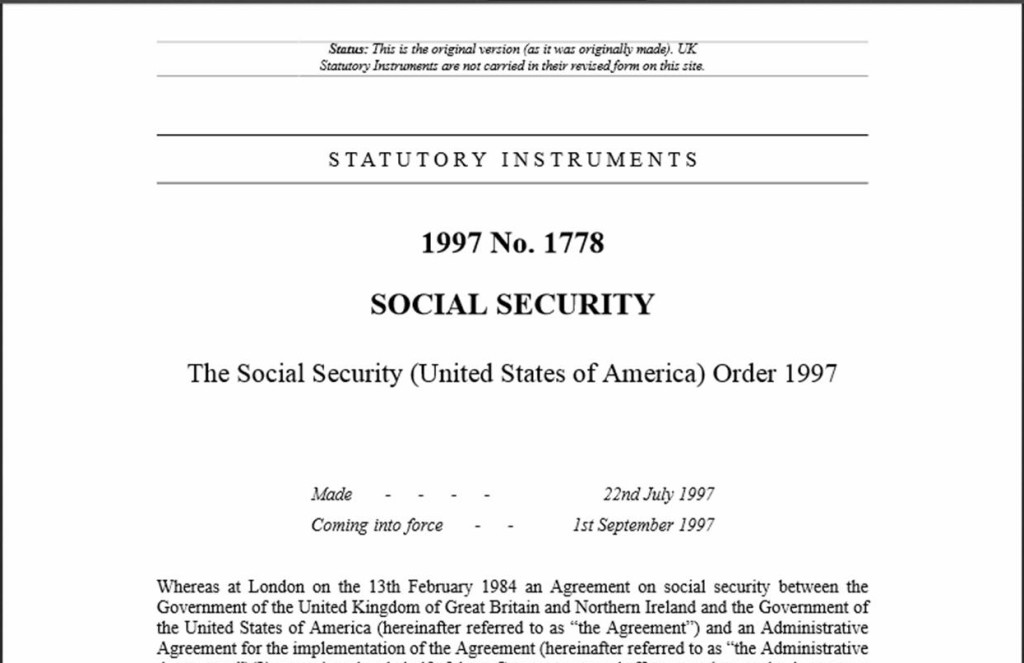 A quote from the document:

Having considered the Agreement on Social Security which was signed on their behalf at London on 13th February 1984 (hereinafter referred to as “the Agreement”);

Having recognized the need to revise certain provisions of the Agreement;

Have agreed as follows:

1. Article 1 of the Agreement shall be revised as follows:

(angel) Paragraph 1 shall be revised to read as follows: