BZ: Very Interesting..timing, after neither sleet, snow, rain, or deep state could stop the package of document deliveries last week ; -) 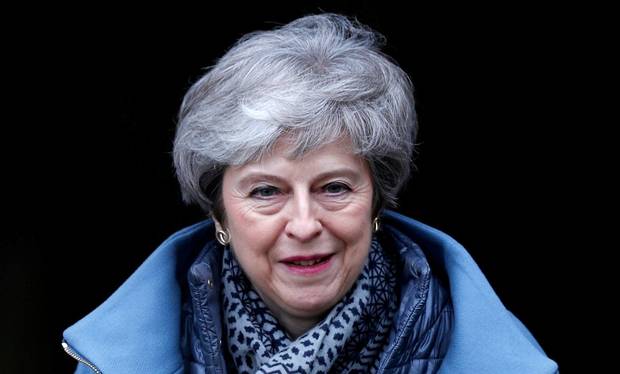 Kevin Doyle, Louise Kelly and Laura Larkin, published on The Independent, on March 11 2019

The UK Government has secured “legally-binding” changes to the Brexit deal after Theresa May made a last-minute dash to Strasbourg for talks on the eve of a crucial vote in the House of Commons.

In a joint press conference with EU chief Jean Claude Juncker, Mrs May said she stands by what the Brexit deal stands for, and that the deal sets the UK on course for a good future with the EU.

“Having an insurance policy to guarantee that there will never be a hard border in Northern Ireland is absolutely right – it honours the UK’s solemn commitments in the Belfast/Good Friday Agreement,” she said.

“But if we ever have to use that insurance policy, it cannot become a permanent arrangement and it is not the template for our future relationship.”

Mrs May said that she has secured what parliament asked for on the backstop and that she will speak in more detail in parliament tomorrow. 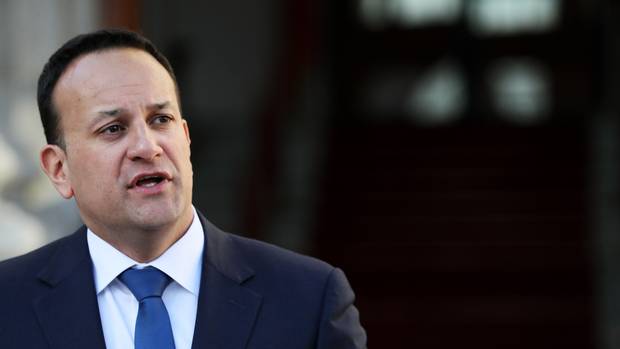 Jean Claude Juncker told the press conference that he has spoken with Taoiseach Leo Varadkar who has agreed to support the approach taken by the EU tonight.

In a letter to EU summit chair Donald Tusk, Mr Juncker said that Mr Varadkar is willing to support the agreement “in the interest of securing an overall deal”.

Mr Juncker said the backstop is an insurance policy and that the intention is that it is not to be used, and if it is used, it will never be used as a trap.

He said that Britain must leave the European Union by the time EU voters elect a new European Parliament on May 23-26.

“The United Kingdom’s withdrawal should be complete before the European elections that will take place between May 23-26 this year,” he wrote to Mr Tusk.

“If the United Kingdom has not left the European Union by then, it will be legally required to hold these elections.”

Brexiteers said they were “keeping an open mind” about whether to back a revised deal and will decide whether to support it in the all-important “meaningful vote”. The package includes:

– A legally-binding statement that makes clear neither side will negotiate after Brexit with the aim of “indefinitely” keeping the backstop;

– An extended political declaration on the future ties;

– And a document written by the UK side containing fresh legal advice on why the UK will not be ‘trapped’ in the backstop.

The legally-binding statement will set out that the backstop is intended to be temporary.

It commits the EU to using “its best endeavours to negotiate and conclude expeditiously a subsequent agreement that would replace the backstop”. A date of December 31, 2020 is prescribed.

Sources in the Irish government told Independent.ie they “can live” with the additions to the original agreement if it helps Mrs May get it passed by the House of Commons.

The DUP’s Deputy Leader Nigel Dodds said everything will need to be taken together and analysed carefully.

Mr Lidington said: “Tonight we will be laying two new documents in the House; a joint legally-biding instrument on the Withdrawal Agreement and protocol on Northern Ireland and a joint statement to supplement the political declaration.

“The first provides confirmation that the EU cannot try to trap the UK in the backstop indefinitely and that doing so would be an explicit breach of the legally-binding commitments that both sides have agreed.”

And he said the “joint instrument” reflects the commitment to “replace the backstop with alternative arrangements by December 2020”.

Mr Lidington added the Attorney General would be publishing advice ahead of Tuesday’s debate, but needed time to consider the new changes.

“The Attorney General will publish his legal opinion,” he said. “That will be available in good time before the debate.

“I think the house would expect the Attorney General to consider very carefully rather than rush an opinion out to meet the deadline for this statement this evening.”

Earlier, Taoiseach Leo Varadkar delayed travelling to Washington for the St Patrick’s Day festivities as the future of Brexit hangs in the balance.

After a day of frantic activity in Dublin, London and Strasbourg, British Prime Minister Theresa May spent the evening in last-ditch negotiations with EU chief Jean Claude Juncker.

The Cabinet met this morning to receive a final update on Brexit before ministers jet off on their traditional St Patrick’s Day trips.

A decision had been taken for Mr Varadkar to fly to Washington yesterday so that he would be on the ground to watch the House of Commons vote.

His official programme in the United States doesn’t actually commence until Wednesday.

However, while some of his officials made it as far as Dublin Airport, Mr Varadkar decided to stay put shortly before he was due to leave Government Buildings.

Sources said he still fully intends to meet US President Donald Trump in the White House on Thursday but his travel plans are “fluid”.

Tánaiste Simon Coveney has already curtailed his planned visits to Paris, Brussels, The Hague and Berlin.

The Cabinet were called to an emergency session at short notice this evening, leaving a number of ministers scrambling to get back into the city centre.

Ministers have been told to be “extremely cautious” with their public commentary, amid fears that a triumphalist tone from Dublin would immediately derail any progress Mrs May hopes to make within her party.

After discussing the situation in broad terms, the Cabinet broke up to allow the Taoiseach take a phonecall from Mr Juncker.

Talks between the EU and UK collapsed over the weekend after Mrs May’s Cabinet rejected the original outline of what is now on the table.

The view of the UK’s Attorney General Geoffrey Cox was that it did not go far enough to convince him that the backstop would not “endure indefinitely”.

Ireland has repeatedly said it would not block a postponement of Brexit beyond March 29 – but Mr Varadkar was nuanced on the idea when speaking to reporters earlier.

He warned that the EU will not allow a delay if it merely creates for a “rolling cliff-edge”.

“The uncertainty around Brexit is already worrying citizens. It is damaging business confidence, it is effecting our agriculture in particular. It will affect other industries as well as the week goes on. I really think if there is going to be an extension it has to be with a purpose, that extension,” he said.

He said the country is in a good position but “a departure of the UK from the EU without an agreement or transition period, would have a sudden, immediate and negative impact on our economy”.

The Government plan is to allow the public finances “absorb the shock” this year – but the strategy Budget 2020 would change.

“The strength of the public finances will allow us to support economic activity through the operation of the automatic stabilisers on tax revenues and social transfers.

“This will support economic growth in the short-run and provide the economy with a safeguard against the most immediate negative impacts that would arise,” Mr Donohoe said.

He added: “As the situation becomes clearer, the strategy for Budget 2020 will be based on an appropriate response to the economic circumstances.”