SHOCKING claims that people can summon aliens in UFOs have been claimed after a group filmed a strange object in the sky just moments after trying to make contact with aliens.

The strange recording was made on Saturday in the skies above Melbourne, Australia by a group called Eceti Australia (Enlightened Contact with Extra Terrestrial Intelligence), which claims to make contact with aliens.

It then appears to hover above them for some time before departing.

Scott C Waring, editor of ufosightingsdaily.com, was amazed by the footage, which he believes proves aliens do visit Earth.

He blogged: “This is a really amazing video of a powerful glowing orb summoned that hovers over some people in Melbourne this week. 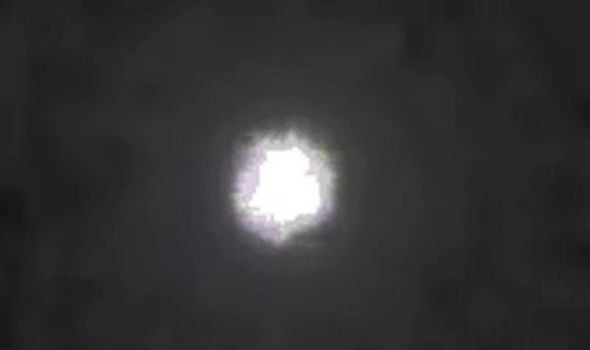 The UFO that allegedly appeared after being summoned in Melbourne

“They are part of the US ECETI ranch group, but stationed in Australia.

“The UFO comes over them on an overcast night, hovers, and then moves about in the sky some before it leaves.

“They mentioned a Star Language, which is some sort of positive thinking and feelings of love so the UFO will come.

“As I have said before, UFOs often are equipped with emotional sensors, which are also useful to protect it as well as find those who are receptive to their appearance.”

“The UFO comes over them on an overcast night, hovers, and then moves about in the sky some before it leaves.”

ECETI Australia’s says on its website its aim is “to help with public awareness of the ET reality.”A spokesman said: “It is to help and assist people with connecting to positive otherworldly beings.”And also to create and have a centre where wisdom and teachings in all areas can take place.

“To help and assist humanity to connect with the many other positive civilisations in the universe and where we can all network and address issues from poverty, to the environment, new technologies, food, health, happiness and well-being.

The group was created after Peter Maxwell Slattery and his partner Solreta Antaria visited James Gilliand who created the original ECETI at a ranch in Washington State, USA.