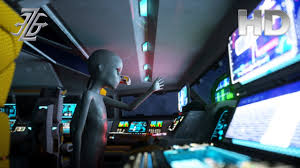 Jim Sparks has been working with intelligent, nonhuman beings from off-planet locations. Unlike any other abductees, he has conscious awareness of his experiences with approximately 95 percent clear recall of technology, including time travel, invisibility, multidimensionality, and manipulation of gravity and electromagnetic fields. His firsthand reports of sperm extraction, breeding programs, shape-shifting, and thought-activated transport are astonishing, as is his personal journey from anger at the invasion to gratitude for the opportunity to be a part of saving the Earth from self-destruction.

After a 1996 mass abduction, Jim was initiated as a participant, rather than as an unwilling abductee. It became clear to him that some ETs have become very concerned about their investment in planet Earth. He was given a message: Your planet is dying. He was told to instruct humanity to: restore the Earth’s ecological balance, grant amnesty to those who have suppressed the truth about the long-term alien presence on Earth, and bring forth all the concealed knowledge and technologies that extraterrestrial visitors have given to humans. He is an ambassador for human cosmic awareness and a voice for the ridiculed and dismissed people who have been contacted by alien civilizations.