by Tod Perry, published on GOOD 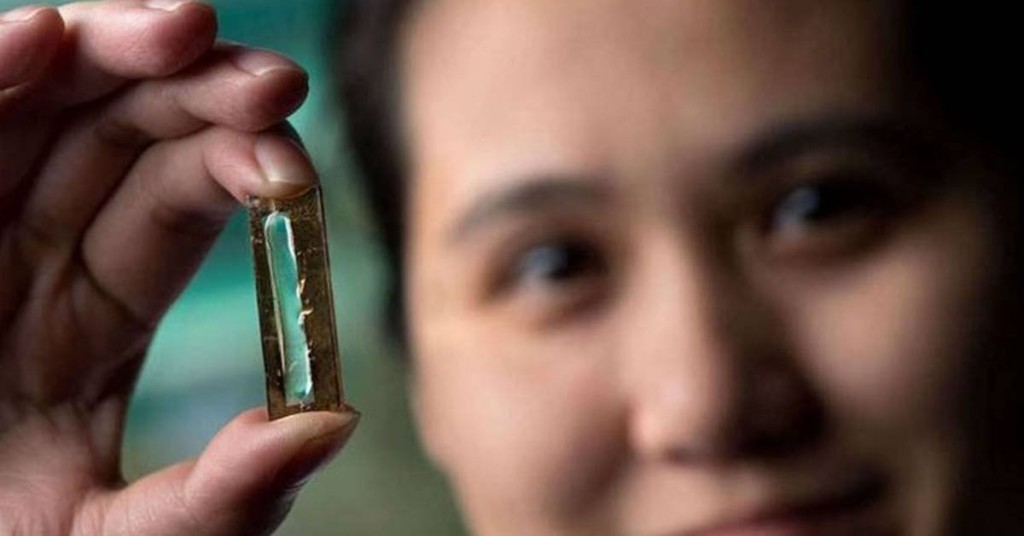 There’s an old saying that luck happens when preparation meets opportunity. There’s no better example of that than a recent discovery at the University of California, Irvine by doctoral student Mya Le Thai. After playing around in the lab she made a discovery that could lead to a rechargeable battery that lasts up to 400 years. That means longer-lasting laptops and smartphones and fewer lithium ion batteries piling up in landfills.

A team of researchers at UCI had been experimenting with nanowires for potential use in batteries, but found that over time the thin, fragile wires would break down and crack after too many charging cycles. A charge cycle is when a battery goes from completely full to completely empty and back to full again. But one day, on a whim, Thai coated a set of gold nanowires in manganese dioxide and a Plexiglas-like electrolyte gel. “She started to cycle these gel capacitors, and that’s when we got the surprise,” said Reginald Penner, chair of the university’s chemistry department. “She said, ‘this thing has been cycling 10,000 cycles and it’s still going.’ She came back a few days later and said ‘it’s been cycling for 30,000 cycles.’ That kept going on for a month.”

Thai’s discovery is mind blowing because the average laptop battery lasts 300 to 500 charge cycles. The nanobattery developed at UCI made it though 200,000 cycles in three months. That would extend the life of the average laptop battery by about 400 years. The rest of the device would have probably gone kaput decades before the battery, but the implications for a battery that that lasts hundreds of years are pretty startling. “The big picture is that there may be a very simple way to stabilize nanowires of the type that we studied,” Penner said. “If this turns out to be generally true, it would be a great advance for the community.” Not bad for just fooling around in the laboratory.