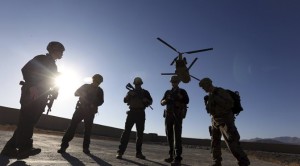 by Benjamin Fulford, re-published on Covert Geopolitics, on December 30, 2017

US President Donald Trump spent the weekend at Camp David with his top generals to map out the exact strategy for decapitating the Khazarian mafia worldwide, say Pentagon sources.

“The Atlanta airport was shut down while the Department of Defense refused to disclose the locations of 44,000 U.S. troops who may be involved in terminating the cabal worldwide,” a senior Pentagon source said. There are now close to 10,000 sealed indictments as more and more of the Khazarian criminals give up evidence on their colleagues, the sources say.

There are also many extra-judicial killings going on. “The liberal sanctuary city mayor of San Francisco, Edwin Lee, dropped dead after an illegal alien was found not guilty in the murder of Kate Steinle even after his confession,” one source notes. “Lee’s death is a message to the Democrats and sanctuary city mayors like Rahm Emmanuel of Chicago and Bill De Blasio of New York City,” the source warns.

The Khazarian mob is also killing off lots of people. In Japan, two former executives of Toshiba, Atsutoshi Nishida and Taizo Nishimura, suddenly died in the past two months because they were about to provide evidence about the March 11, 2011 Fukushima tsunami and nuclear terror attack against Japan, according to sources close to the royal family.

In Canada, Barry Sherman, owner of the Canadian pharmaceutical giant Apotex, was found hanging dead alongside his wife Honey by the family’s indoor pool.  According to CIA sources, Sherman was killed to cover up an evidence trail leading to the Clinton Foundation and their crimes in Haiti.  “We have a classified document involving the Clinton Foundation and a pharmaceutical company from Canada that was to supply generic drugs for the people of Haiti.  The point is that they were going to supply inferior-quality generic medicine and pocket the difference in price,” the CIA source says.

In any case, no matter how many potential witnesses are bumped off, the situation has reached a point where the Khazarians will not be able to murder their way out.

The December 12th Senatorial election in Alabama, for example, was a sting operation against the Khazarians, Pentagon sources say.  “Senator Roy Moore was allowed to have his election stolen in Alabama so Trump could collect voting data to take down the Soros organization, the Democrats, and the cabal for vote fraud,” the sources say.  “Three poll workers have been arrested already,” they note.

Speaker of the House Paul Ryan is next to join a growing list of politicians who are resigning in the ongoing purge of the House and Senate, the sources add.  Senator John “Daesh” McCain is also apparently wanting to leave this world before his many crimes are made public.

Even the brainwashed propaganda media is beginning to realize that something is going on when they see Hillary Clinton’s “surgical boot” (hiding a GPS ankle bracelet) staying on long after it should have been removed if the official excuse of a broken toe were true.  No doubt some lame excuse will be given and the still-brainwashed segment of the population will accept it.

The husband does not want to face reality because it would upset his entire worldview, and in the same way, the brainwashed people will cling to the lamest excuses to avoid reality.  Similarly, if the Clinton people explain the cast is still on because of “complications,” people in denial will go with this story rather than accept that she has been arrested.

Nonetheless, we are reaching the point where even these people will be forced to face reality.  The entire FBI and Justice Department network that tried to protect Hillary Clinton from prosecution is also being systematically exposed and dismantled.  The link here provides a good visual summary:

A clear sign of how unusual the times we are living in have become is that former U.S. Corporation President Barack Obama is seeking and apparently getting political asylum in England.

What this shows, together with the fact that Donald Trump is not welcome in the UK, is that the Anglo-Saxon world is split between bloodline-controlled England and the anti-bloodline Gnostic Illuminati-ruled Republic of the United States of America.

This situation is likely to come to a head of sorts in January as an informal Anglo-Chinese alliance tries to bankrupt the U.S. internationally, based on its cumulative trade deficit and its inability to pay for the goods it imports with real money.

The U.S. will respond with threats of war.  This will appear in the news in the form of U.S. sabre-rattling against North Korea, as it yet again wields the all-out nuclear war card in an attempt to extort more money.  The Chinese are preparing to call the U.S. bluff this time, as can be seen by its government warning its people to prepare for nuclear war as it conducts military drills near Taiwan and North Korea.

The Chinese and British want the creation of a world government in order to ensure a peaceful and law-based planet, Asian secret society sources say.  In the absence of some sort of compromise with the U.S. military government, there will be financial chaos even if war is avoided.

The current financial system is dysfunctional and only serves as a way to funnel privately owned central bank funny money to the super-rich via the stock market.  This means of distributing money has pushed financial markets away from reality, and reality always will prevail, no matter how hard you try to avoid it.  The Boston Consulting Group surveyed 250 top institutional investors who together manage over $500 billion in funds and found them to be the most pessimistic they have been since the Lehman shock of 2008.

Hopefully, a new transparently and meritocratically run financial system will be launched, but we may need to go through the chaotic collapse of the old system before this is possible.  We will find out in the new year.

On a final and personal note, Abraham Cooper of the Simon Wiesenthal Center will be speaking at the Foreign Correspondents Club of Japan on December 20th.  Cooper had one of my books banned for being “anti-Semitic.”  When I asked him what in my book was “anti-Semitic,” he said that I wrote that U.S. President George Bush Jr. was responsible for the deaths of many civilians in Iraq.  Bush is supposed to be an evangelical Christian, and the information on the deaths of civilians in Iraq came from the medical journal Lancet.  So here we have a supposed Jew banning a book written by a person with Jewish ancestry that is denouncing genocide by a non-Jew because it is “anti-Semitic.”  How hypocritical can you get?  Poor Mr. Weisenthal must be spinning in his grave.

According to officials at Tokuma Shoten Publishing, the Weisenthal Center paid bribes to editors to place misleading newspaper ads for my book.  This then led to a complete ban of all advertising for all of my books in newspapers and other ad venues, no matter what their content.  This is typical of what they do to writers worldwide and is a part of their control grid in Japan and elsewhere.  In the U.S., the Department of Homeland Security froze the bank accounts of entire publishing companies to prevent them from publishing my books in English.

Cooper and his Jewish mafia buddies also pay rent-a-mob right-wingers to do things like attack ethnic Korean shopping districts in order to keep South Korea and Japan fighting each other, according to members of these groups.

The man is a criminal and belongs in jail.  If Cooper is arrested, he will sing like a canary about the entire Khazarian mafia control grid in Japan and elsewhere.  He will also explain exactly how the Khazarian mafia runs North Korea.  I would be very happy if some MP’s showed up at the event and arrested him.  Take him to Guantanamo and make him sing.