U.S. Spy Agency Edges Into the Light After Snowden Revelations 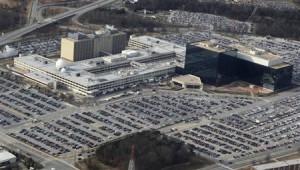 U.S. Spy Agency Edges Into the Light After Snowden Revelations

(Reuters) – There was a time when the U.S. National Security Agency was so secretive that government officials dared not speak its name in public. NSA, the joke went, stood for “No Such Agency.”

That same agency this month held an on-the-record conference call with reporters, issued a lengthy press release to rebut a newspaper story, and posted documents on a newly launched open website – icontherecord.tumblr.com (which stands for intelligence community on the record).

The steps were taken under pressure as President Barack Obama’s administration tries to calm a public storm over disclosures by former NSA contractor Edward Snowden that the surveillance agency and its British counterpart scoop up far more Internet and phone data than previously known.

The NSA’s moves out of the shadows were meant to show that it operates lawfully and fixes mistakes when they are detected, but not everyone is convinced that it is a fundamental shift toward more openness at the intelligence agencies.

Some steps toward openness were unprecedented.

The government for the first time released opinions – previously labeled Top Secret – from the Foreign Intelligence Surveillance Court, which never publicly airs its decisions on the electronic eavesdropping and communications collection by the NSA.

The move came despite resistance from some Justice Department lawyers and some NSA and CIA officials concerned about the amount of unredacted material going public in the three FISA Court opinions released, U.S. sources told Reuters.

In the end, Director of National Intelligence James Clapper made the decision on how much material was released from the previously secret court opinions.

“There is no disagreement across the community with regard to whether or not we need to be more transparent and it is just a question of determining how far we can safely go,” Shawn Turner, DNI spokesman, said.

Obama and other officials have said the NSA surveillance programs are lawful, have been approved by Congress and the FISA Court, and are aimed at detecting and disrupting terrorist plots.

The FISA court said the NSA may unintentionally have collected as many as 56,000 emails of Americans a year from 2008 to 2011 and may have violated the Constitution before adjustments were made.

Some analysts said intelligence agencies had not necessarily entered a brand new world of public displays of information.

“I wouldn’t call it a seismic shift towards a greater transparency. The federal government put these documents out under duress,” said Darrell West, director of governance studies at the Brookings Institution, a Washington think tank.

“The problem is they just keep releasing materials bit by bit and so the scandal never goes away.”

Clapper was asked at a congressional hearing in March whether the NSA collected any type of data on millions of Americans to which he responded: “No sir.”

After the Snowden revelations were published in June, Clapper told NBC his response at the hearing had been given in the “most truthful, or least untruthful, manner.”

General Keith Alexander, director of the NSA, told Reuters in May that the agency had no interest in reading the emails of U.S. citizens, and quipped: “The great irony is we’re the only ones not spying on the American people.”

Government officials are loath to say that Snowden’s disclosures prompted greater openness, but analysts say it did have an effect.

“The amount of knowledge that people now have about what NSA does means that we can’t simply pretend it doesn’t exist. That’s where Snowden changed things,” said James Lewis, a senior fellow, at the Center for Strategic and International Studies.

To make the disclosed NSA programs palatable to the public, more openness is required, he said. “There is a link between transparency and accountability and political acceptance.”

Jameel Jaffer, deputy legal director at the American Civil Liberties Union, said the organization was pleased with the recent release of documents and hoped the government would release more in the coming weeks.

But it should not be viewed as a huge shift toward transparency by the administration, said Jaffer, whose group has also sued the federal government for more information on its use of unmanned drones.

“In fact, on the same day the president promised more transparency on surveillance issues, the CIA filed a brief in one of our ‘targeted killing’ cases arguing that it could not release legal memos about the drone program, could not release civilian casualty numbers, and for that matter could not even acknowledge that the agency had played any role in targeted killings,” Jaffer said.