By Andrew Eicher, published on CNSNews, on February 21, 2017 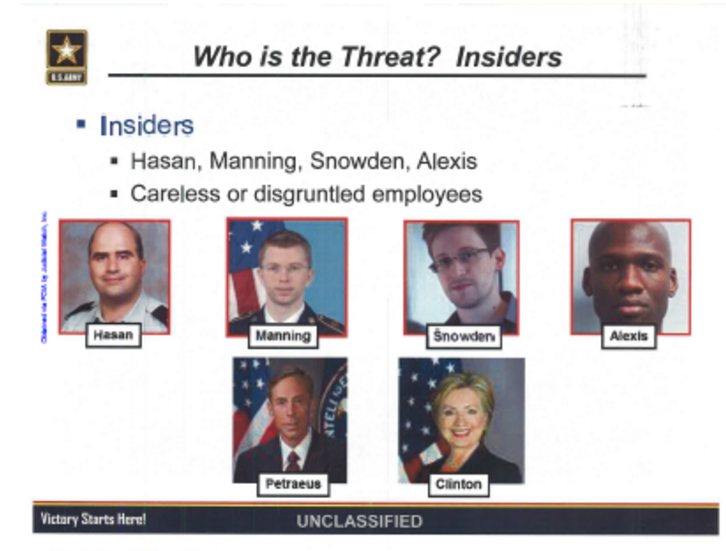 The presentation warns against “Critical Information Compromises,” including material such as itineraries of “VIPs,” which could result in “attack” or “kidnapping” by a “domestic terrorist or protestors.”

It also lists “unsecure email” as an issue that can lead to an enemy being able to “kill, counter, or clone.”

Judicial Watch obtained the document, confirming its authenticity, via a January 2017 Freedom of Information Act (FOIA) lawsuit filed after the Department of Defense failed to respond to an August 2016 FOIA request.

“No wonder it took a lawsuit to extract this damning Pentagon analysis which recognizes former Secretary of State Hillary Clinton as an ‘Inside Threat’ to national security,” Judicial Watch President Tom Fitton said. “I hope the Department of Justice takes note and proceeds with an appropriate investigation.” 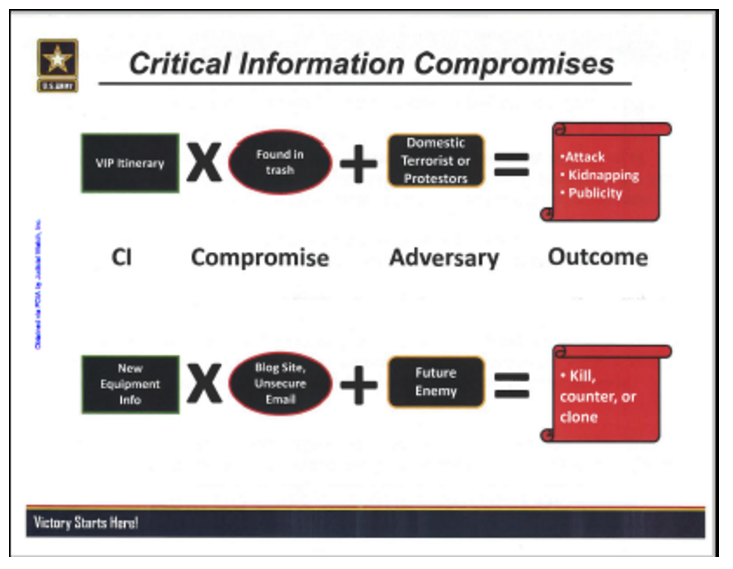