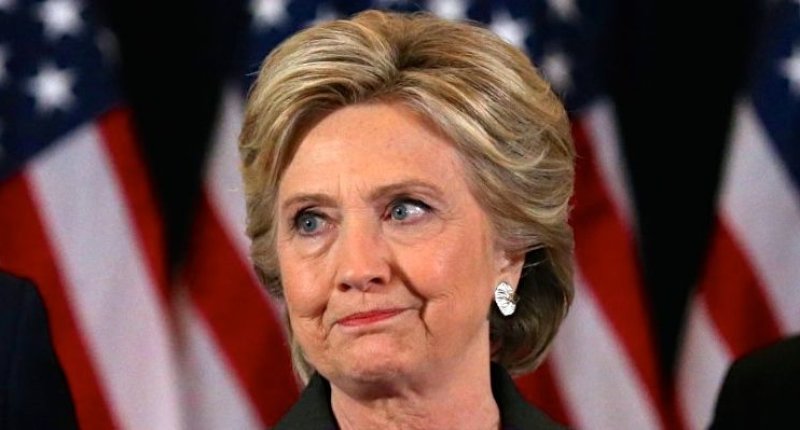 Hillary Clinton addresses her staff and supporters about the results of the U.S. election at a hotel in the Manhattan borough of New York, U.S., November 9, 2016. REUTERS/Carlos Barria

In a new legal development on the controversy over former Secretary of State Hillary Clinton’s emails, an appeals court on Tuesday reversed a lower court ruling and said two U.S. government agencies should have done more to recover the emails.

The ruling from Judge Stephen Williams, of the U.S. Court of Appeals for the District of Columbia Circuit, revives one of a number of legal challenges involving Clinton’s handling of government emails when she was secretary of state from 2009 to 2013.

Clinton, the 2016 Democratic presidential nominee, used a private email server housed at her New York home to handle State Department emails. She handed over 55,000 emails to U.S. officials probing that system, but did not release about 30,000 she said were personal and not work related.

The email case shadowed Clinton’s loss to Republican Donald Trump in the Nov. 8 presidential election. Trump, who had repeatedly said during the bruising campaign that if elected he would prosecute Clinton, said after the election he had no interest in pursuing investigations into Clinton’s email use.

While the State Department and National Archives took steps to recover the emails from Clinton’s tenure, they did not ask the U.S. attorney general to take enforcement action. Two conservative groups filed lawsuits to force their hand.

A district judge in January ruled the suits brought by Judicial Watch and Cause of Action moot, saying State and the National Archives made a “sustained effort” to recover and preserve Clinton’s records.

But Williams said the two agencies should have done more, according to the ruling in the U.S. Court of Appeals for the District of Columbia Circuit. Since the agencies neither asked the attorney general for help nor showed such enforcement action could not uncover new emails, the case was not moot.

“The Department has not explained why shaking the tree harder – e.g., by following the statutory mandate to seek action by the Attorney General – might not bear more still,” Williams wrote. “Absent a showing that the requested enforcement action could not shake loose a few more emails, the case is not moot.”

The State Department does not comment on pending litigation, a spokesperson said.

Williams noted that Clinton used two nongovernmental email accounts at State and continued using the Blackberry account she had while a U.S. senator during her first weeks as the nation’s U.S. diplomat. She only switched to the email account hosted on her private server in March 2009, the ruling said.

“Because the complaints sought recovery of emails from all of the former Secretary’s accounts, the FBI’s recovery of a server that hosted only one account does not moot the suits, the judge wrote.