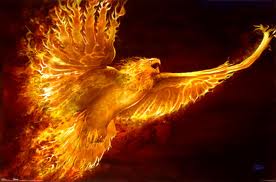 Why This is Happening? Because you asked for it!

1. We were not the first humans on this planet.  We are the descendants of an advanced civilization with high spirituality, high science and high technology.

2. We are NOT and NEVER have been alone in this Universe.   A diverse variety of human and non-human species exists.  Most are benevolent and want to meet and exchange with us in peace.

3. All illness is curable, free energy exists, advanced technologies capable of healing the planet exist, and there is a secret space program.

5. The Vatican also introduced the concept of registered ownership to the world. (Not a very holy action for a church.) The Vatican believes it owns the planet through creation of UCC(law merchant) during the Holy Roman Empire. Kings of the past have applied to the Vatican for charters to manage the land and operation of the kingdom.

6. The Vatican owned the United States Corporation through the Royal Crown Corporation and the UCC.  All countries of the world are corporations which are ultimately owned by the Vatican.

7. The United States Corporation was set up with the Act of 1871 on Feb. 21, 1871 which replaced the organic Constitution for the United States of American with a corporate Constitution of the United States of America. The fraudulent document pledges US citizens as employees and property of the the US Corporation.  Birth certificates were implemented to register the child as property to the state.  Since then, this private for-profit corporation has posed as our federal government.  This is why they had the power to take your children away.  This is why they had the power to violate your rights.   This is why “I know my constitutional rights” defense doesn’t work in court.  You were taught to refer to the wrong constitution.  Judges know this and use their ignorance against you.  The legal double talk is know as legalese. (Research: Blacks Law Dictionary, Public vs Private Trusts, Sovereignty, and the Freeman Movement)

8. This is part of an advanced invisible slavery system(4D matrix) that has been set up by the Vatican and its agents.  It has fooled the sleeping masses to this day. (“Let the people believe they are free”) This system has physical components and energetic components.  Many of our “elected public officials”  know of this at varying levels and degrees and are supporting and participating in this treason.  This includes politicians, lawyers and judges.  The Holy Roman Empire and Slavery have never ceased to exist.  It changed from an overt to covert form of control.

9. The United States Corporation along with every state and city have been forclosed by UCC filings made by the OPPT last year.   This includes the ALL state/city agencies and registered businesses in the 50 states.  This includes the NYPD and the MTA.

10.  All world banks and “governments” were included in these UCC filings and they have been foreclosed as well.  This includes the UN and the Bank of International Settlements.

11.  Due to foreclosures,  ALL DEBT IS CANCELED.  This includes your mortgage, auto loans, student loans, credit cards and CANCELS ALL TAXES.  ALL FEDERAL RESERVE NOTES ARE FRAUDULENT.

I am not here to prove any of this to you.  I already did my homework.  Verify it for yourself.   The details of the basic concepts provide the solutions to many if not all of the worlds problems.  We want access to the vaults.  We want reunion with our galactic families. We want answers and we want them now!

This is the reason we are u p R I S I N G.  The system managers have had 6 long months to step down from power.  For 6 long months, you have been paying your bills when you didn’t have to.  You have been paying canceled debts and taxes simply because you did not know.   Since the masses didn’t care, nothing changed and the corporate machine is still operational.

If you didn’t know of any of this before reading this blog then now you do and you have a choice.  Rise up and say no together or go down supporting a fraudulent system.  One way or the other this matrix is coming down.

If you did know then you sat around waiting for the big announcements hoping you wouldn’t have to do anything and that relief would be delivered.  Well your wrong.  You have a choice to make as well.  Waiting for something to happen is just as bad as supporting the matrix.  What’s it going to be? The positive elements with in our military can not carry out the Event without our participation.   We as the people have a responsibility to each other and the duty to act.   Stop waiting to be rescued and actually help.  Form groups, talk to you neighbors, friends and family.  This site will be an excellent resource for street level explanations of the bigger picture and as one of the centers for coordinating action as a city.

I will repeat, the positive military and the galactics can act only when we do.  We can’t be afraid of taking it to the streets because we actually have a lot more support than you think. Once we act, the stage is finally set for the EVENT.  Pass the word and stay tuned.