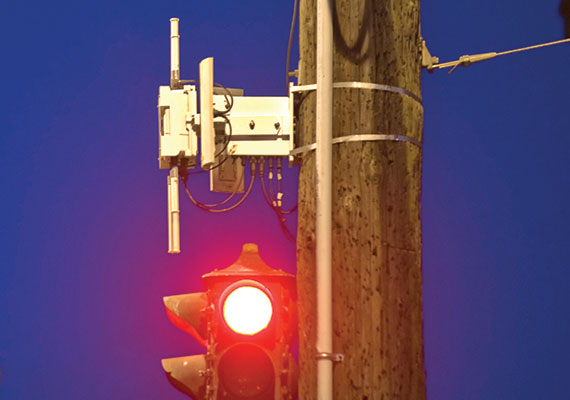 Almost a year after it was installed without notifying the public, but a mere six days after The Stranger first reported on its existence—and its potential for surveillance abuse—the Seattle Police Department announced it would turn off a wireless mesh network in downtown Seattle.

“The wireless mesh network will be deactivated until the city council approves a draft policy,” police spokesman Sergeant Sean Whitcomb told The Stranger last week, “and until there’s an opportunity for vigorous public debate.”

That sends the issue to Seattle City Council member Bruce Harrell, chair of the council’s public safety committee. “I told the police department: ‘This isn’t a game of 20 questions; you have to err on the side of transparency,'” Harrell said after police announced their decision. “I don’t want to be blindsided by something as public safety chair, and I don’t want the public to be blindsided by general surveillance.”

Purchased with money from the Department of Homeland Security, the mesh network—which consists of dozens of routers mounted on utility poles throughout downtown—is a powerful tool for sending vast amounts of data, including streaming video from security cameras. It also has the potential to track and log the movement of wireless devices (including phones and laptops) without a warrant by triangulating their location via radios inside each of the network’s routers.

While the mesh network has only been installed downtown, the SPD has stated that it hopes to extend the mesh network throughout the city. The possibility of a police department creating a historical digital map of the movements of personal wireless devices through Seattle—or to use such a system for locating individuals in real time—without governmental or civilian oversight has serious implications in terms of warrants, probable cause, and other checks and balances in American jurisprudence.

The SPD purchased and installed this mesh network—along with the surveillance cameras in West Seattle, which were part of the same DHS-funded project and caused controversy earlier this year—without disclosing details about its capabilities to the city council, the mayor, or other elected officials. That upset civil rights groups including the ACLU and the Seattle Privacy Coalition, both of which noted that the SPD had not delivered rules about how the network will and will not be used to the city council despite an ordinance passed earlier this year mandating that policies for all city-owned surveillance equipment must be reviewed and approved within 30 days of installation and activation.

Though the SPD began this program under the radar during Mayor Mike McGinn’s administration, mayor-elect Ed Murray will inherit the problem. So far, he has declined to comment via a spokesperson.

“Our position is that the technology is the technology,” Whitcomb said, “but we want to make sure that we have safeguards and policies in place so people with legitimate privacy concerns aren’t worried about how it’s being used.”